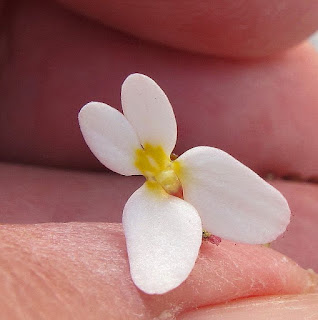 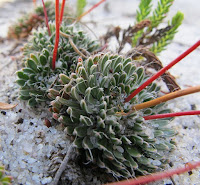 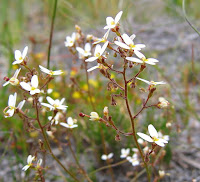 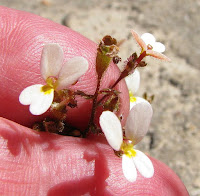 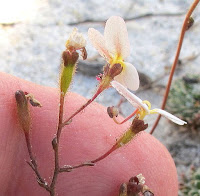 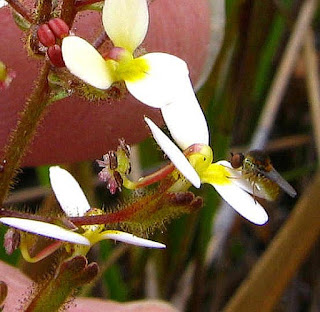 
As its name suggests it is a common plant southwest of a line from the north of Perth to Israelite Bay. Locally it favours deep non-calcareous sandy soil, but is also known from granite and gravel areas. It is found in heath and open woodland, especially in clearings, along tracks and after low intensity bushfires.

Interestingly, there is another very similar Stylidium that can on occasion be found growing nearby. These species are separated by habitat, S. piliferum prefers the well-drained sandy soils, whilst the other, Stylidium corymbosum var. corymbosum, occurs on the floodplains and around swamps, where in dark peaty soils they can after rain, be inundated for several days at a time during the winter/spring period.

Besides the marked differences of habitat, they differ most obviously by the flower arrangement, with S. piliferum having a loose raceme (stalked single flowers, branching individually from the flowering stem), whilst the flowers of S. corymbosum form in compact clusters (head or corymb). However, they are easily confused in the bush, particularly when they may be growing only 30 metres/yards apart. Stylidium corymbosum var. corymbosum has also been detailed in this blog and can be found listed in the right-hand column under ‘Species List S.”

Locally, Stylidium piliferum is usually less than 25 cm (10”) in height, but may grow to twice that in overgrown conditions. The white/cream/yellow flowers bloom prolifically from September to November, after which time the leafy rosette will die back to the rootstock, where in spring the plant will reappear again.

The trigger (stylar column), which is adapted to carry the equivalent of both the stigma and anthers, is activated when a flying insect lands on the flower and trips the mechanism to release the trigger, which quickly swings up between the larger petals to dab pollen on the insects back (see fly photo above). To enable cross pollination, the trigger resets itself to await another insect, and after all the pollen has been distributed, the stigma organ becomes active to receive pollen from other flowers, carried to it by other insects.

Stylidium is part of the Stylidiaceae (Triggerplant) family.