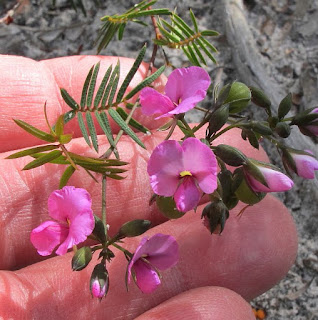 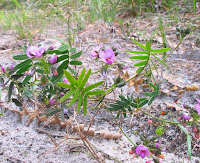 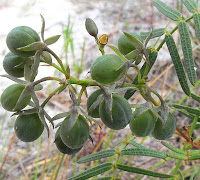 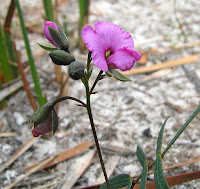 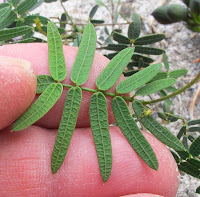 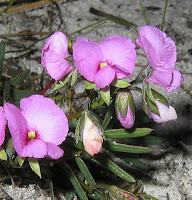 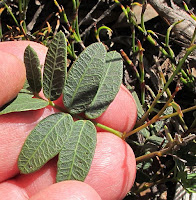 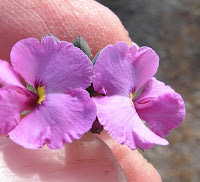 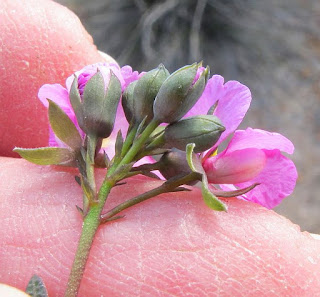 
This is a delicate little rambling plant, commonly less than 60 cm (2’) diameter. It is very widespread, growing after fire or soil disturbance and often found along slashed bush tracks, or in natural clearings. It occurs from Israelite Bay (East of Esperance) to the Geraldton region (North of Perth) and is generally within 100 km of the coast, where it favours heath and/or open woodland.

Soils can be deep non-calcareous sand or gravel, with little concern for location providing the soils are reasonably well-drained. Like most Gompholobium species, the flowers are comparatively large and colourful, but despite those features, plants in this genus are named after their distinctive globular pods.

Gompholobium knightianum is a long flowering species, producing additional flowers in the top leaf junctions of growing branchlets. These comprise racemes of 4-8 pink/purple flowers, which depending on distribution and local weather conditions can bloom from July to December.

Gompholobium is part of the very large and highly diverse Fabaceae family, but depending on the classification system in use, may be listed under Papilionaceae or Leguminosae elsewhere.

Posted by William Archer at 1:28 PM