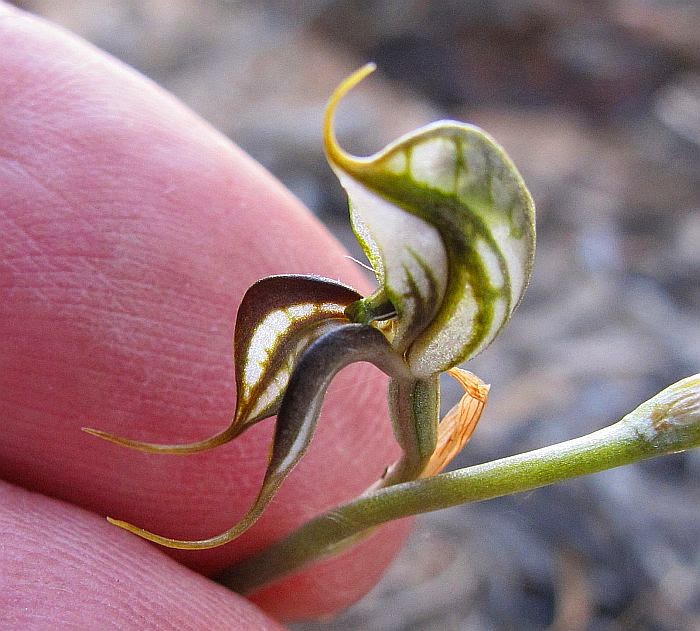 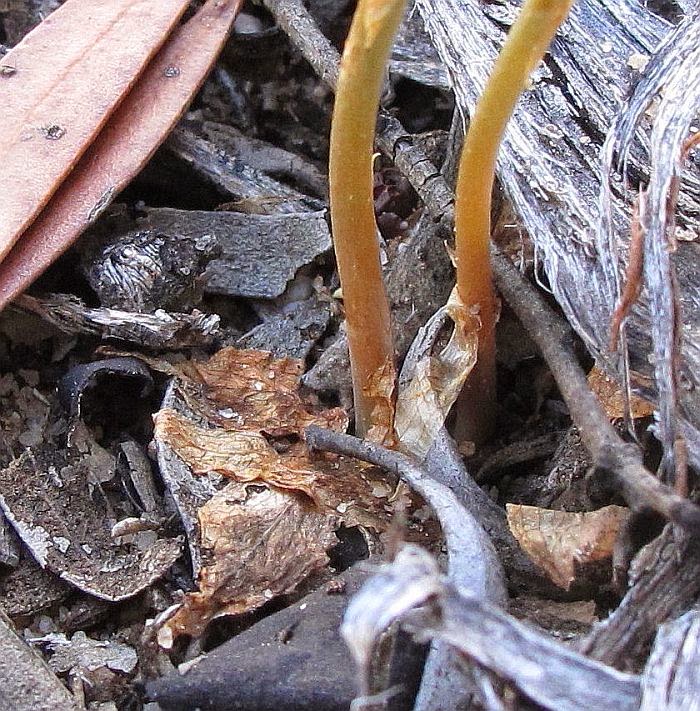 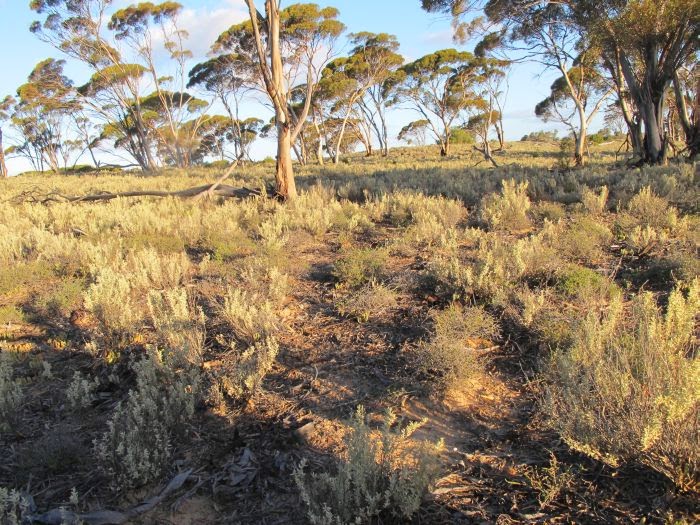 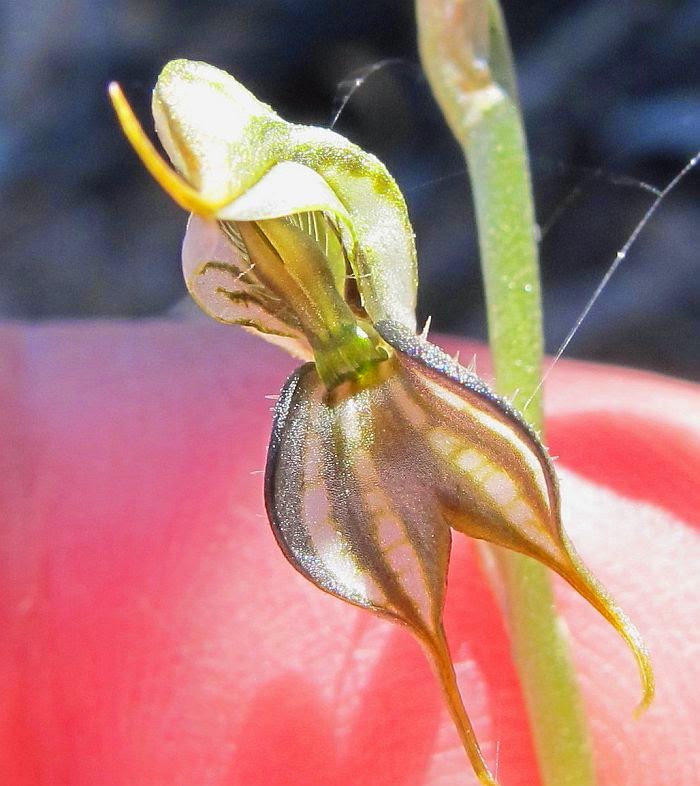 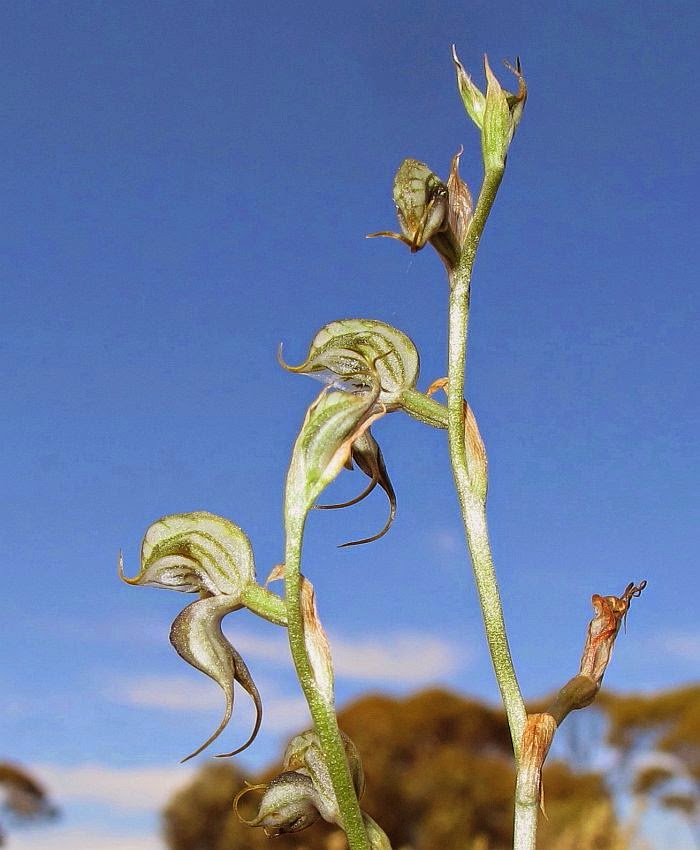 
Strangely, this plant is known from less than a dozen records that are spread over a huge area ranging from Wyalkatchem (NW of Perth) to Mardabilla on the Nullarbor a distance of nearly 900 km (560 miles); it is also recorded for the Ravensthorpe/Bremer Bay district. Despite relatively few records, this plant is not regarded as endangered because much of its distribution is in remote country that receives few visitors, so it is highly likely there would be others somewhere between the known locations.

It is a very difficult plant to spot, blending into the surrounding environment almost imperceptibly. I had pulled off a narrow unmade track to look for another plant I knew occurred there and it took me some time to notice that I had almost run over the above Pterostylis, which were only about ½ metre (20”) away from my front wheel. The colony of several plants, were growing under a eucalypt (E. salicola) amongst leaf-litter and small saltbush (Atriplex sp.).

The area where this Pterostylis occurred was on the edge of a large saltlake (Lake Sharpe, NW of Esperance) and a little above the Samphire zone, growing in a fine sand/clay/gypsum and probably alkaline soil. All plants except those photographed had finished flowering (late October) and their leaf rosettes looked to have died sometime before. Plants grow to 30 cm (12”) in height and flowering is recorded from September to October.