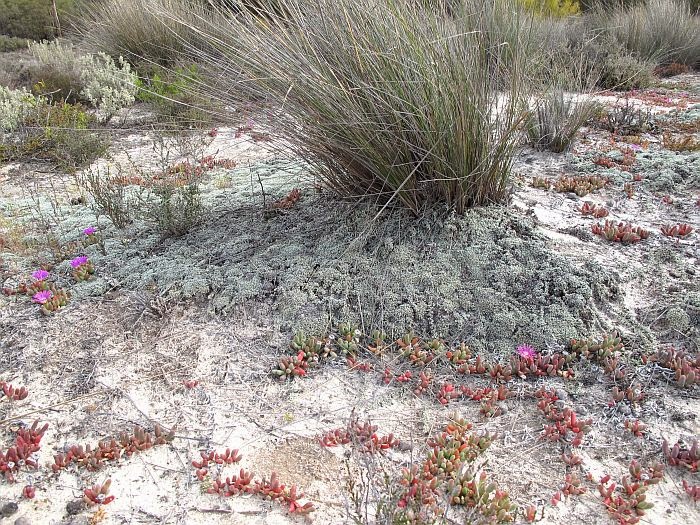 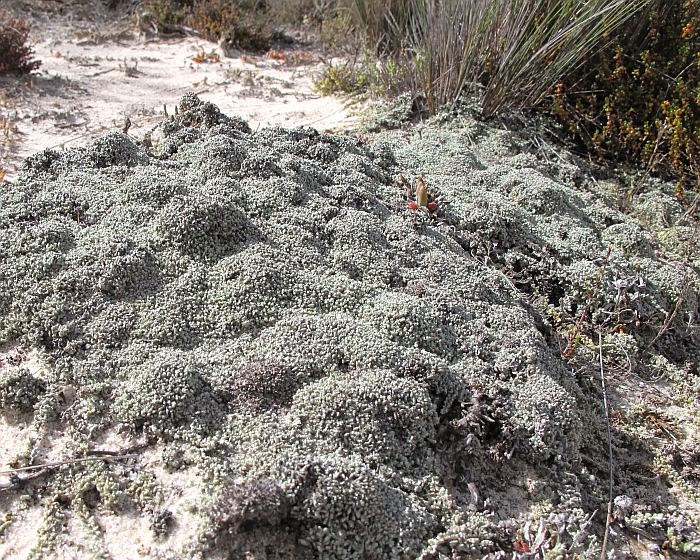 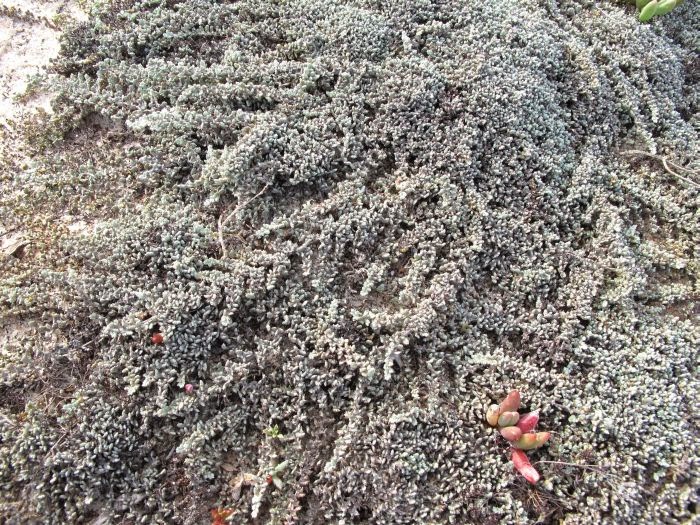 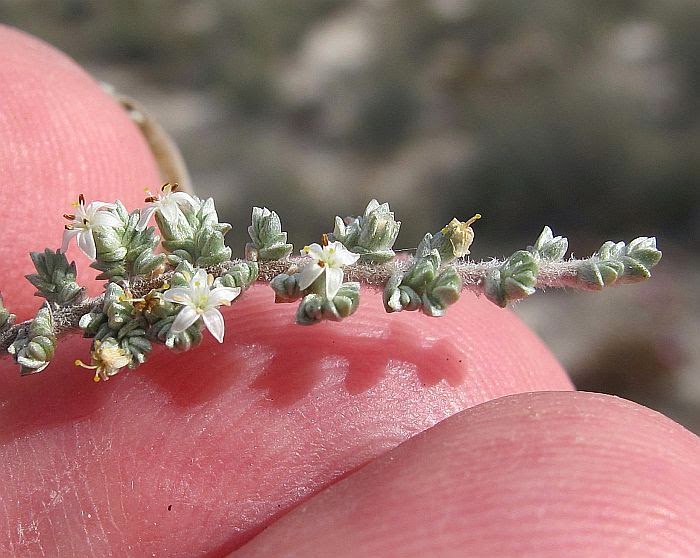 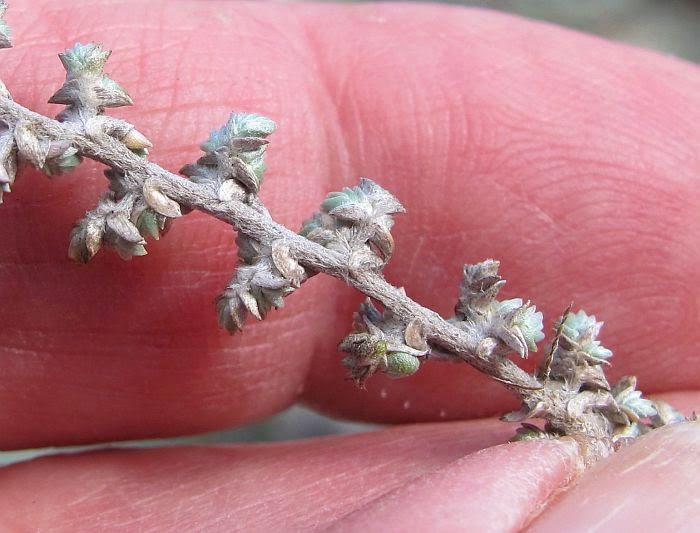 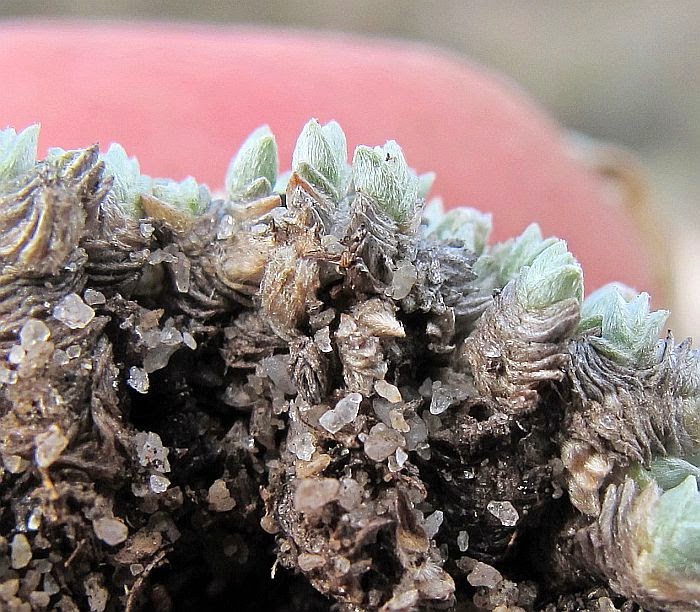 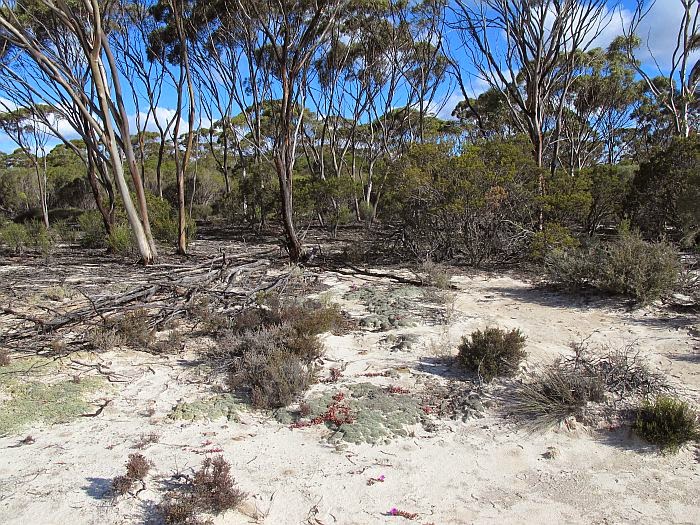 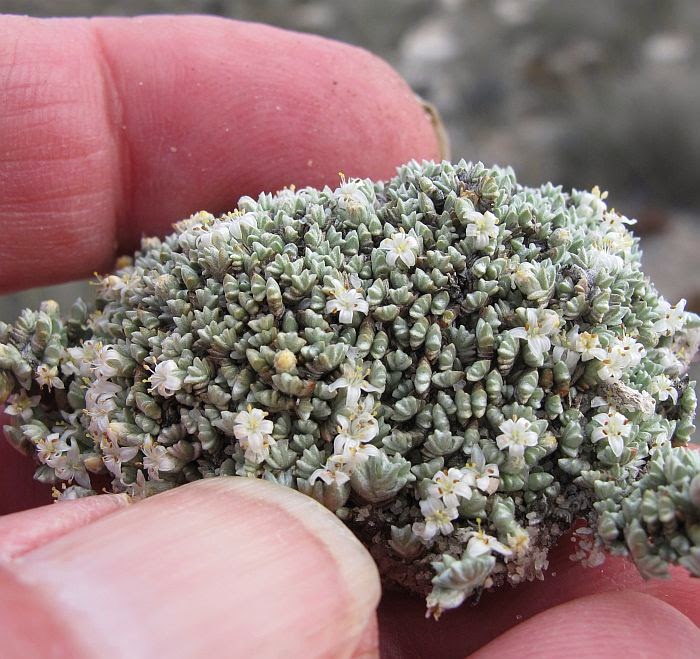 Wilsonia humilis - Silky Wilsonia
This silky haired prostrate silver/grey plant, occurs across the lower southern portion of Australia including Tasmania. It is however poorly known by the general public, possibly because its preferred habitat of drained areas around saltlakes, salt flats and salt marshes, are the sort of places unlikely to attract the average person on a nature ramble.
The lack of admirers is unfortunate as Wilsonia humilis is quite an attractive shrub and begins life as an elongated hairy shoot with a few closely packed leaves. Other shoots grow to intersect and overlap until a dense mat forms that may mix with others to cover an area of several square metres/yards. The small white flowers liberally pepper this area, not only adding to its charm, but also greatly enhancing its moonlight appeal.
The soils in and around these salty habitats tend to be a finely textured clay with a shallow sand overlay; strong winds can blow this sand around and some is trapped by the silver mats to become a new growing level. This sandy addition and the resulting better drainage probably reduces the likelihood of waterborne fungal infections attacking the tightly packed hairy foliage (see cross-section above).
There is another similar looking Wilsonia called Wilsonia rotundifolia, whose distribution commonly overlaps with W. humilis especially in near coastal areas, but with that species the leaves are rounded and do not tightly overlap each other as do the above.
In WA flowering occurs from September to December and possibly later in colder regions elsewhere.
Wilsonia is part of the Convolvulaceae (Bindweed) family, which besides bindweed also include kidney weed and many plants worldwide.
Posted by William Archer at 5:44 PM