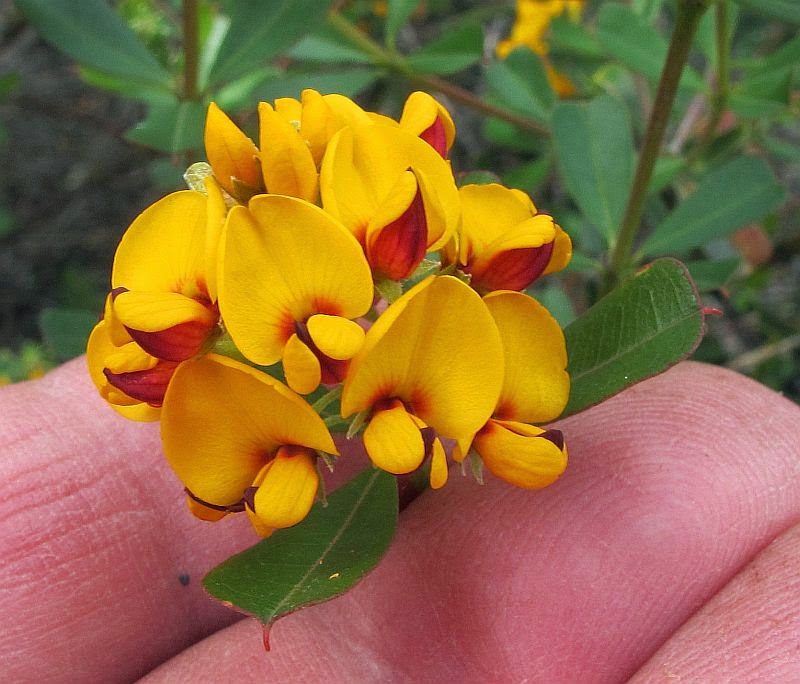 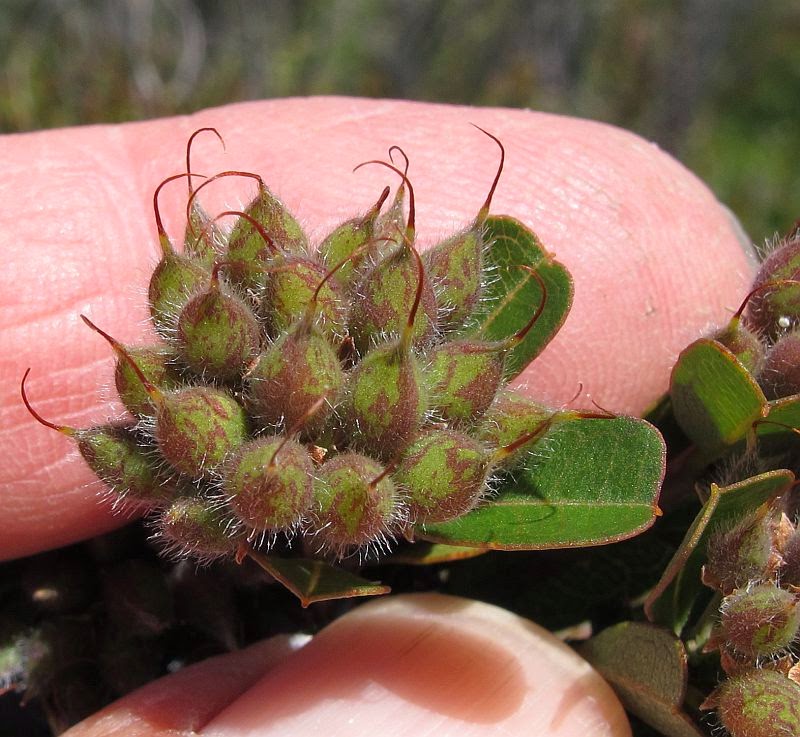 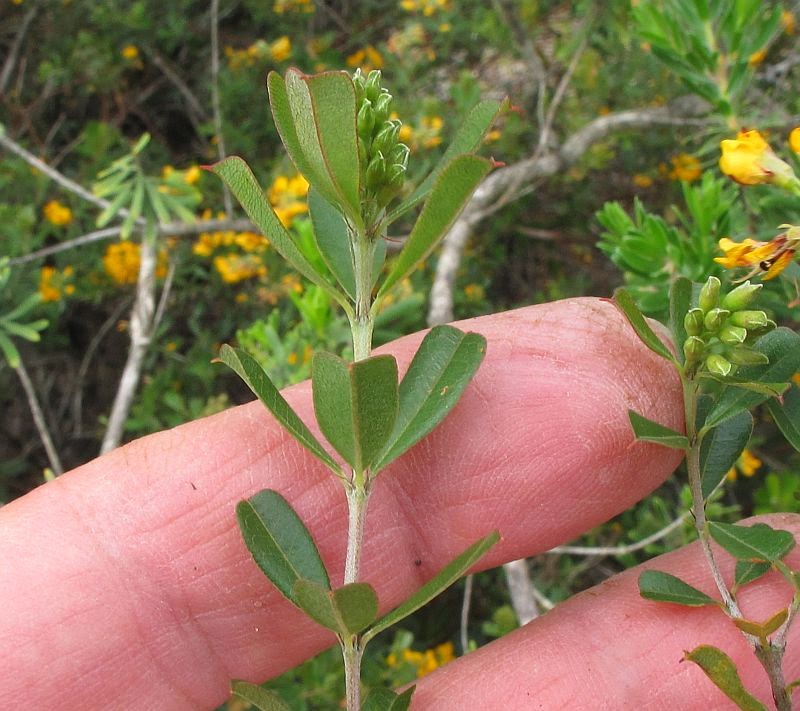 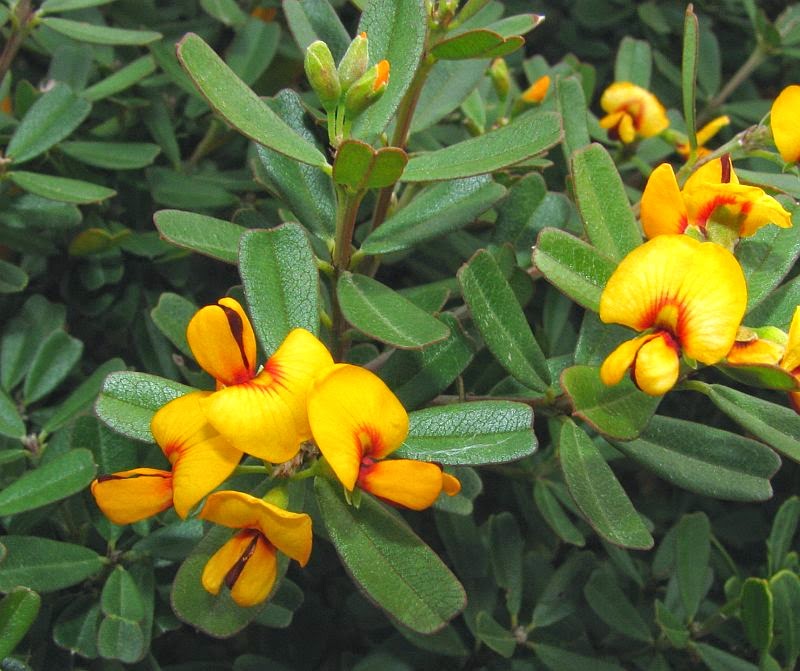 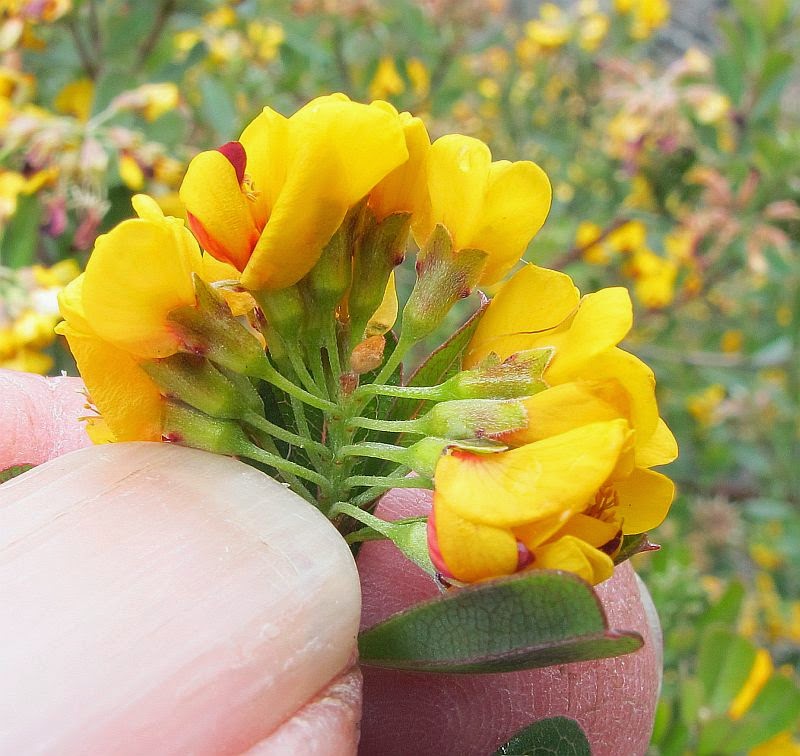 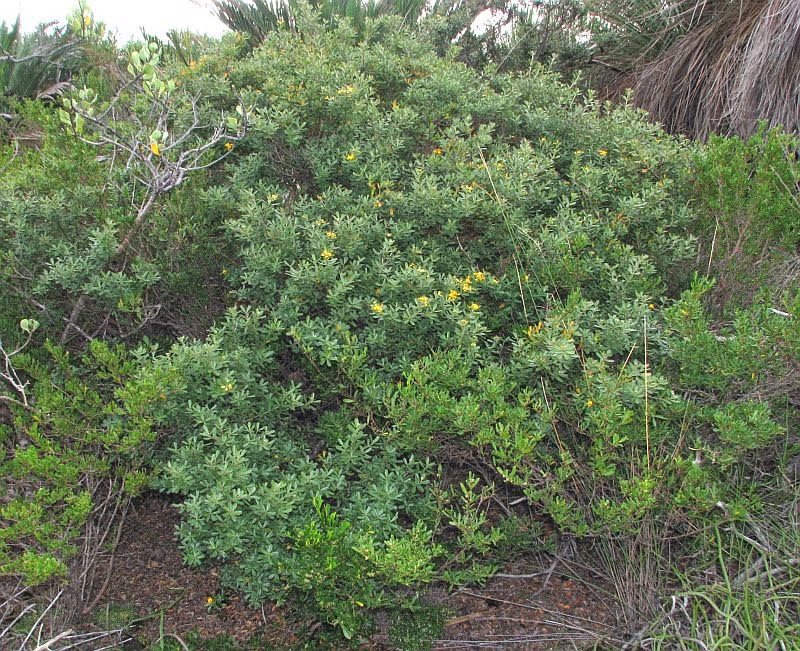 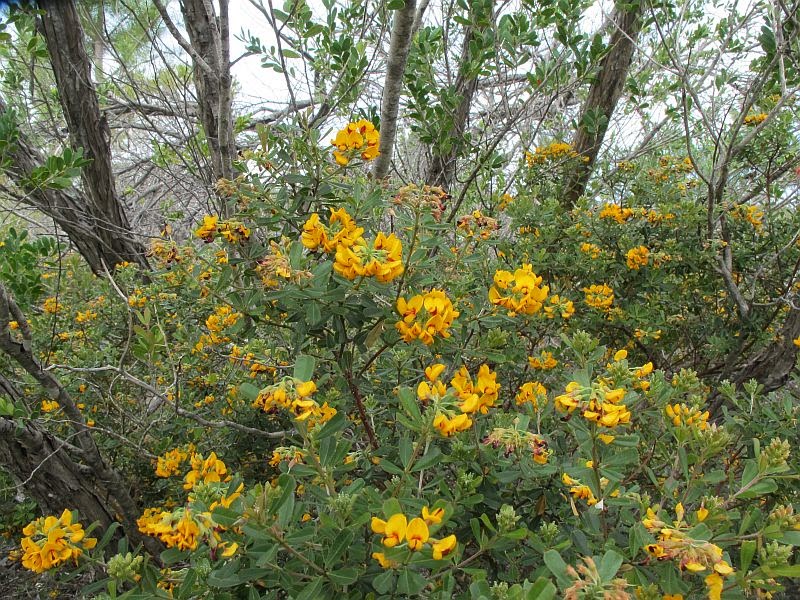 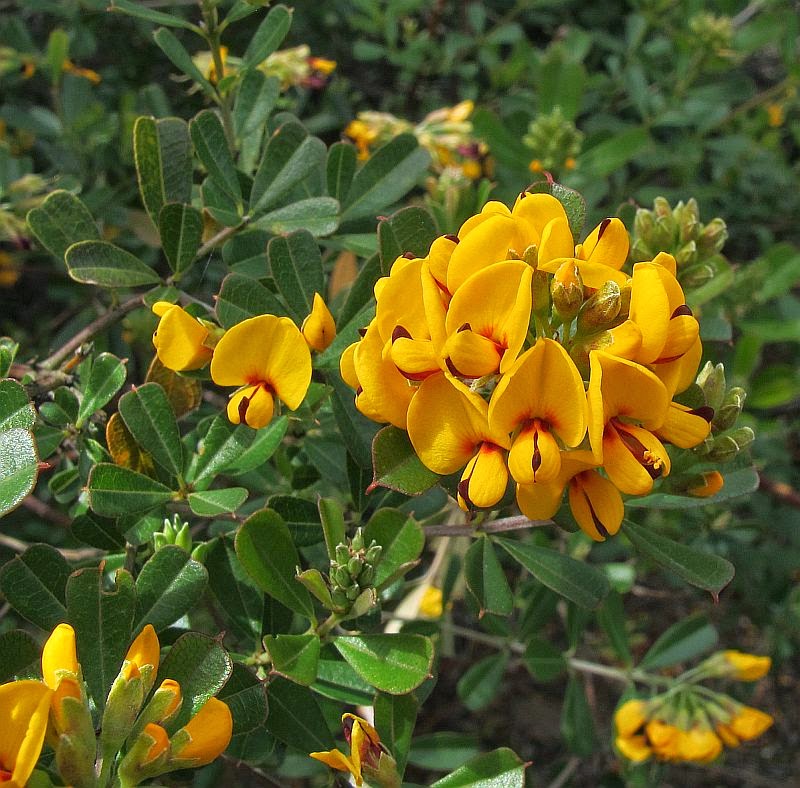 
This species is regarded as one of the most poisonous of the generally toxic Gastrolobium genus, although its brightly coloured flowers are a saving grace. It is a bushy shrub that can grow to 4 metres in height, although locally it seldom exceeds half that in size. The Heart Leaf Poison is mostly found on various loams over granite in the higher rainfall zones, however it seems very selective as to exactly where it grows and many outcrops within its preferred zone, do not include it amongst their floral accouplement.

Although many Gastrolobium species look very similar, Gastrolobium bilobum is quite distinctive by having short terminal flower clusters, plus leaves in whorls of 3 or 4 and a mostly granite habitat. The flowers are typically yellow with red markings and not predominantly orange as many species. Another feature is the red keel petals (largely hidden by the small yellow wing petals) that are lobed and have a swollen sack-like base.

The cuneate (wide top) to obovate or oval leaves are notched (bilobed and heart like) and commonly grow to 2 cm (3/4”) in length, but may be longer in the Stirling Range district. The dark green leaves are strongly reticulated (veined) and largely glabrous (without hairs), although young protected foliage can be sparsely hairy below. Despite the foliage being harmless to touch, it is nevertheless highly toxic, but the seeds are 3 or 4 times more so, so definitely not a plant to nibble.

To the east of Esperance, it can be found on many near coastal granite outcrops and as far inland as Mt. Heywood 80 km (50 miles) NE of Esperance. However, in the SW corner of the State, it is commonly recorded SW of a line between Bremer Bay and Perth. Flowering is recorded from August to December, but this would be dependent on local weather conditions, which as an example, the sparsely flowered bush above was photographed in late April.

The Gastrolobium genus is part of the Fabaceae family, but may be listed under Papilionaceae by some Authorities and older reference material.