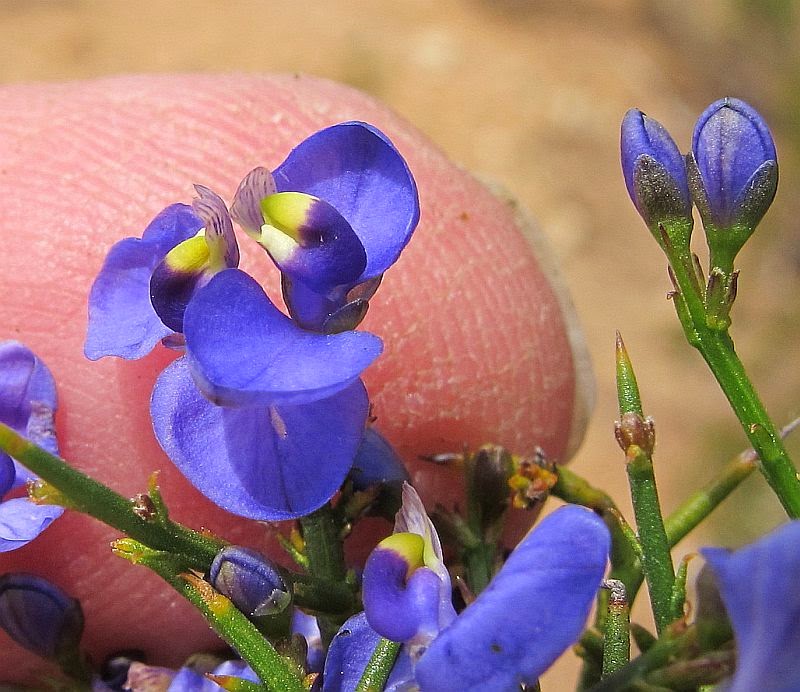 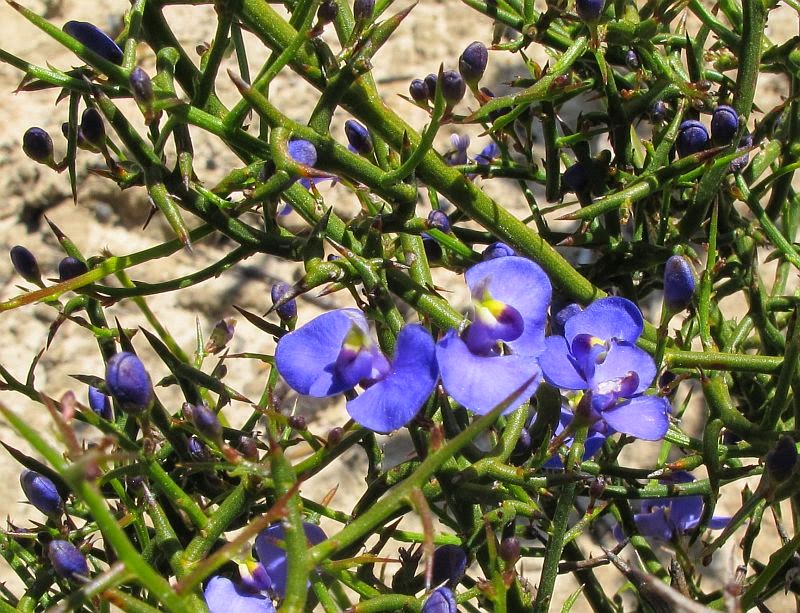 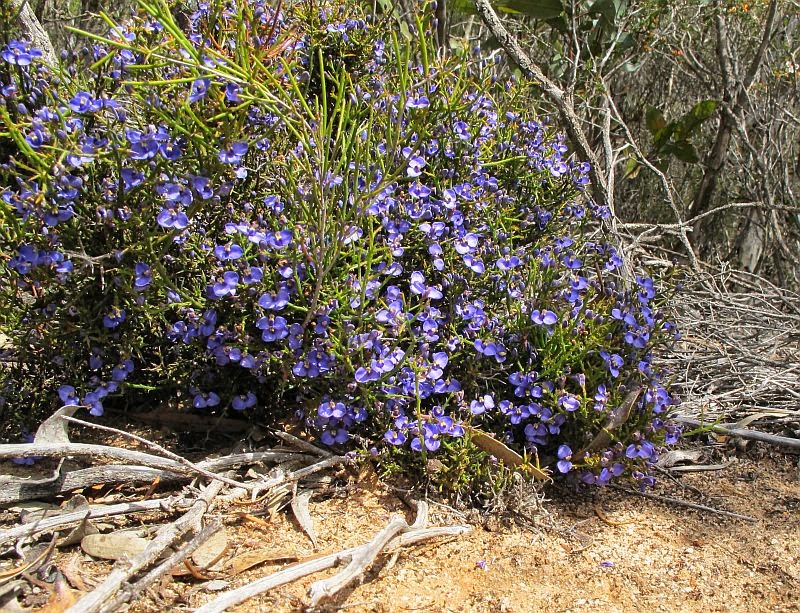 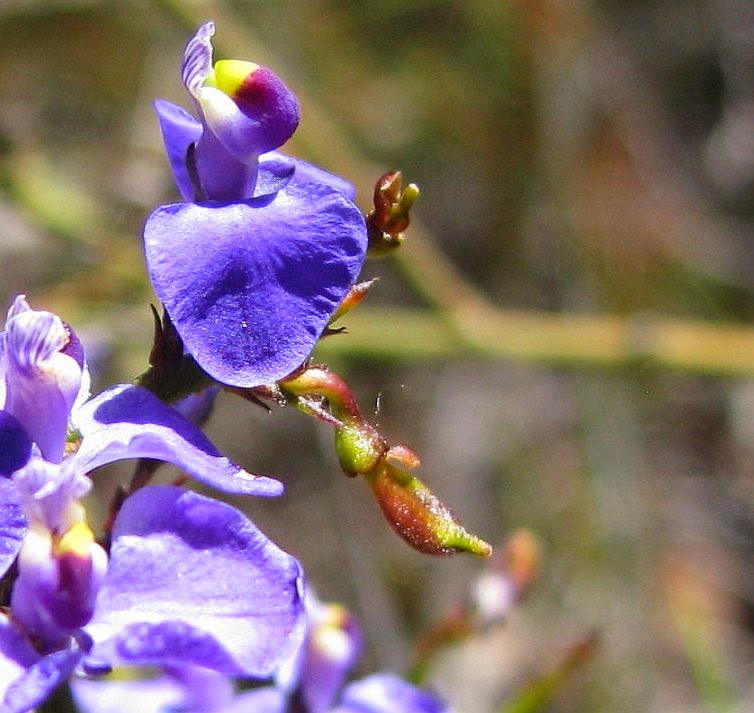 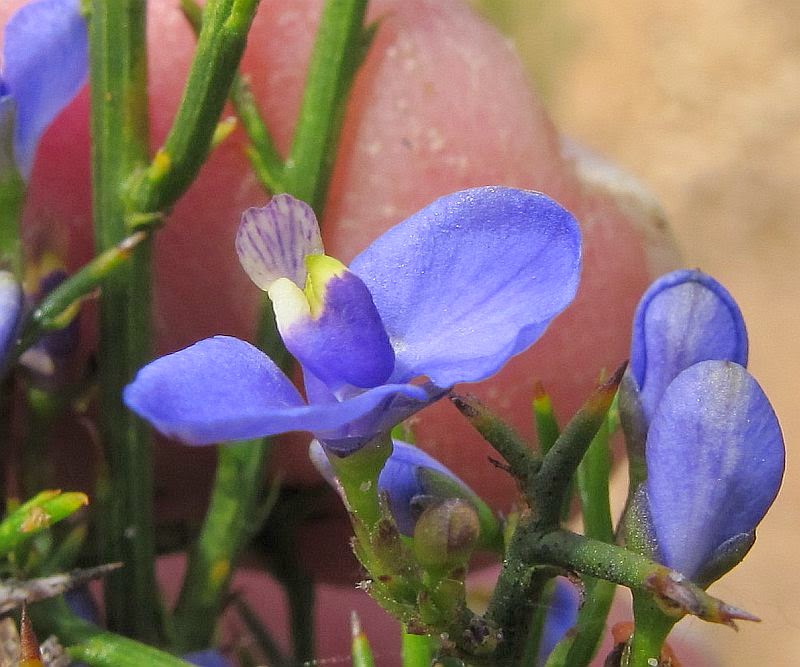 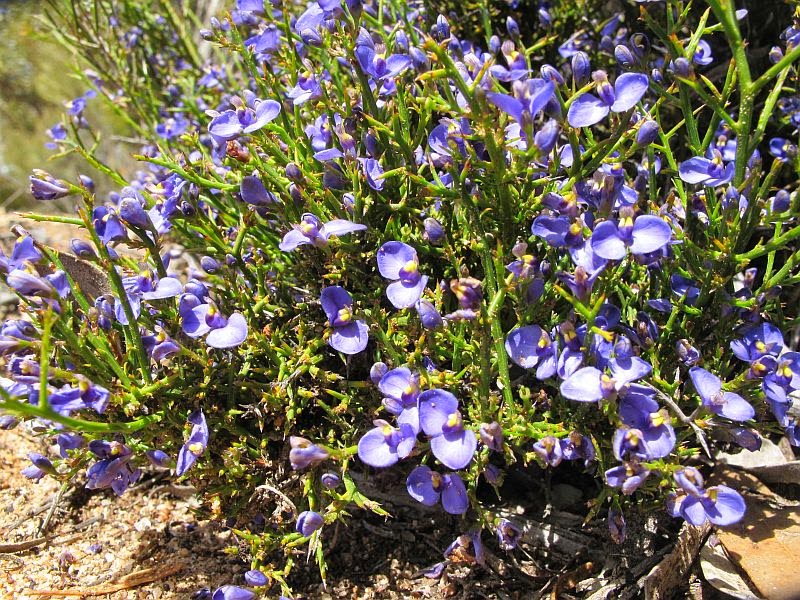 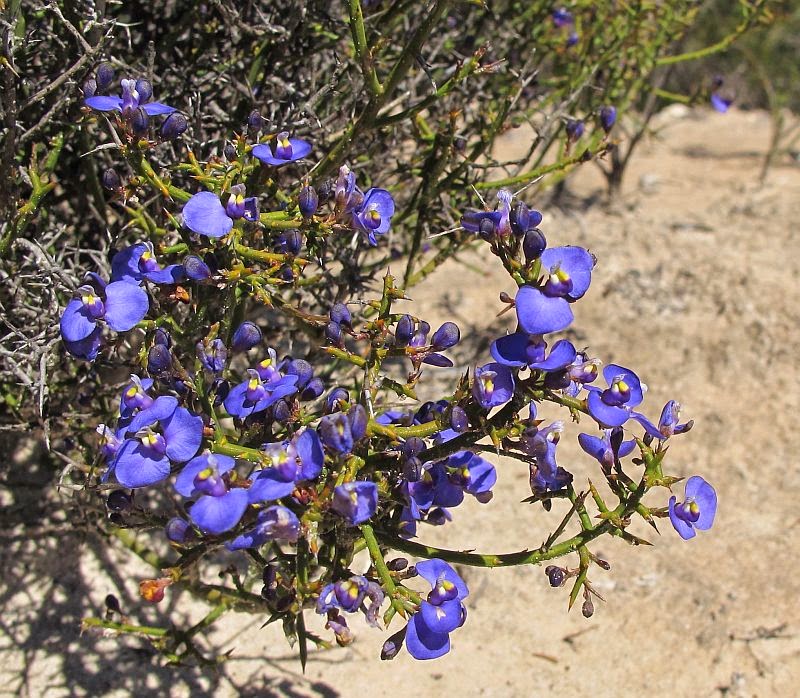 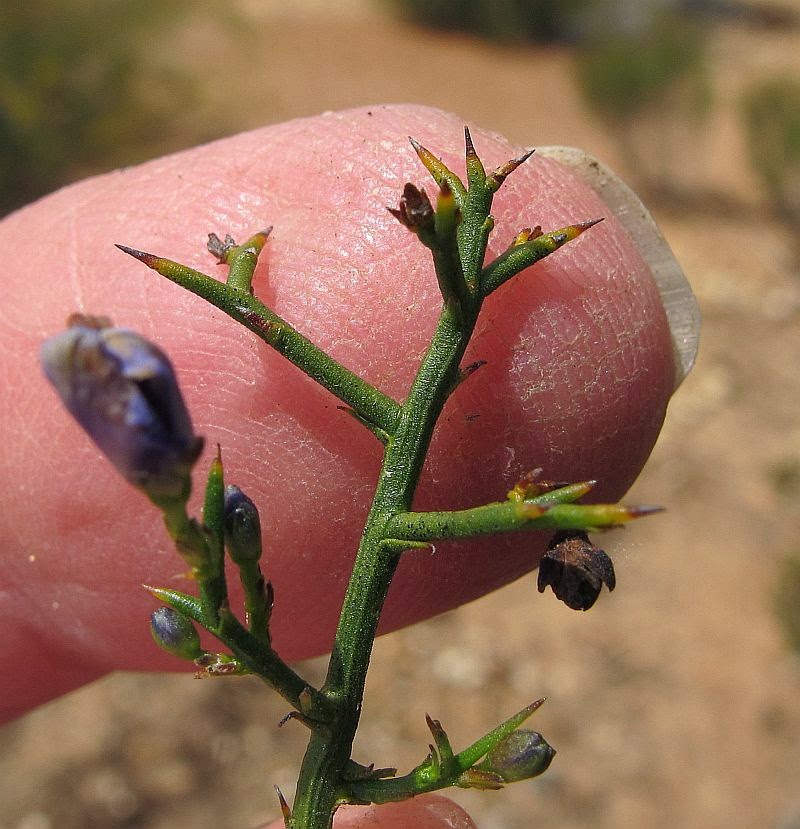 
A common and widespread shrub, although preferring near coastal mallee regions, where favouring the heavier loams over limestone, clay or gravel. It looks prickly and indeed is, especially when trying to collect a specimen that usually results in spilt blood, however there is rarely the need to touch them as they invariably grow into a compact shrub, with a fine compliment of bright purple/blue flowers.

Comesperma spinosum seldom grows more than ½ metre (20”) in height, unless jammed in amongst taller vegetation to force it up to around twice that size. The foliage consists of minute scales scattered on multi-branching stems, all of which end in a short stiff spine, and due to this prickly arrangement the Spiny Milkwort is unlikely to be confused with other Comesperma species.

The flowers are about 1 cm (3/8”) wide and commonly bloom from September to December, although odd flowers are often encountered at other times, especially after good summer rain. The capsule is of similar size to that of the bud (except heart shaped) and is produced soon after the flower has finished. Interestingly, the inner two seeds differ from most other Comesperma species by not having a tuft of hair at their base (coma), from which the genus (Comesperma) gets its name. Unfortunately, I don’t have a photo of the seed, but shall add one when obtained.

The distribution of the Spiny Milkwort is from the Israelite Bay/Mt Ragged region (East of Esperance) to the Stirling Range (NE of Albany), it then extends patchily inland to NE of Geraldton and then to the Southern Cross district (SW of Kalgoorlie). Comesperma spinosum is another WA endemic (as are many Comesperma spp.), so is not found elsewhere.

Posted by William Archer at 2:45 PM