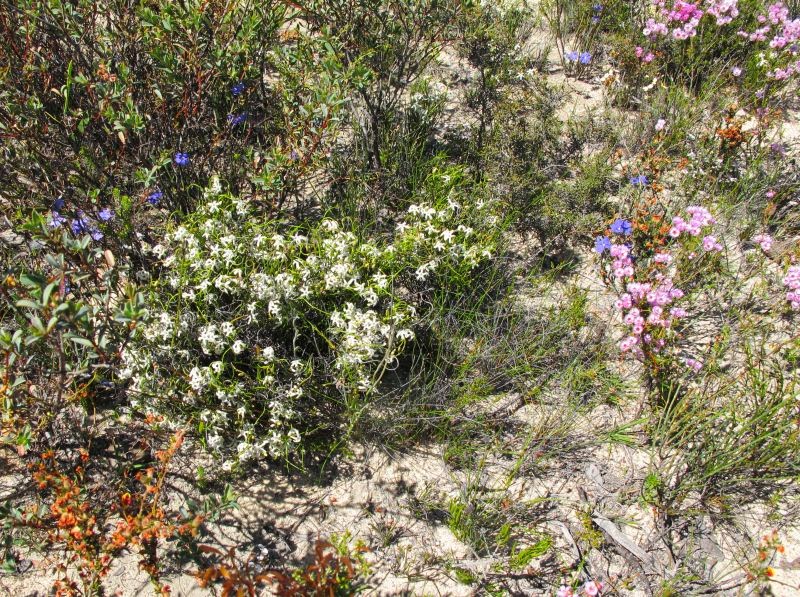 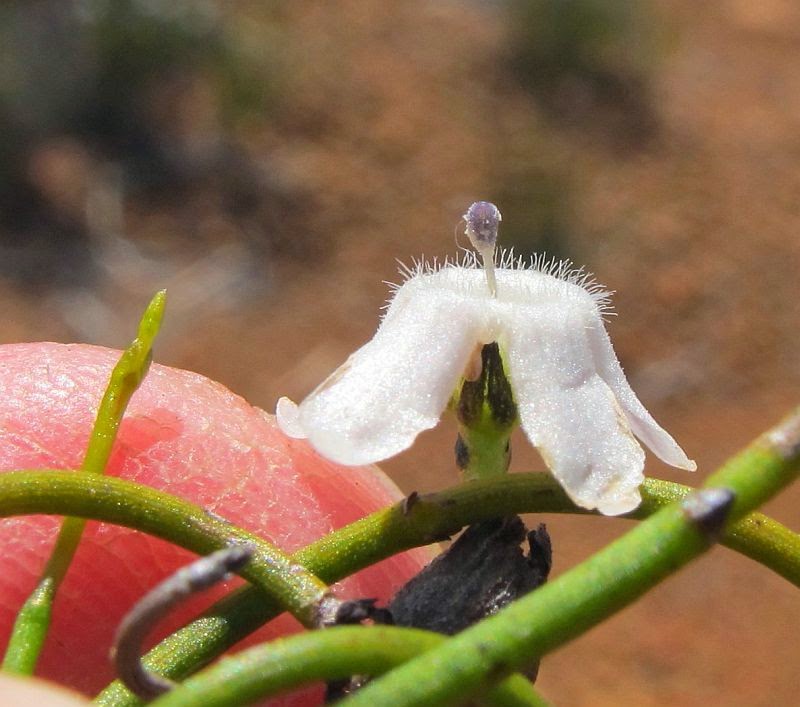 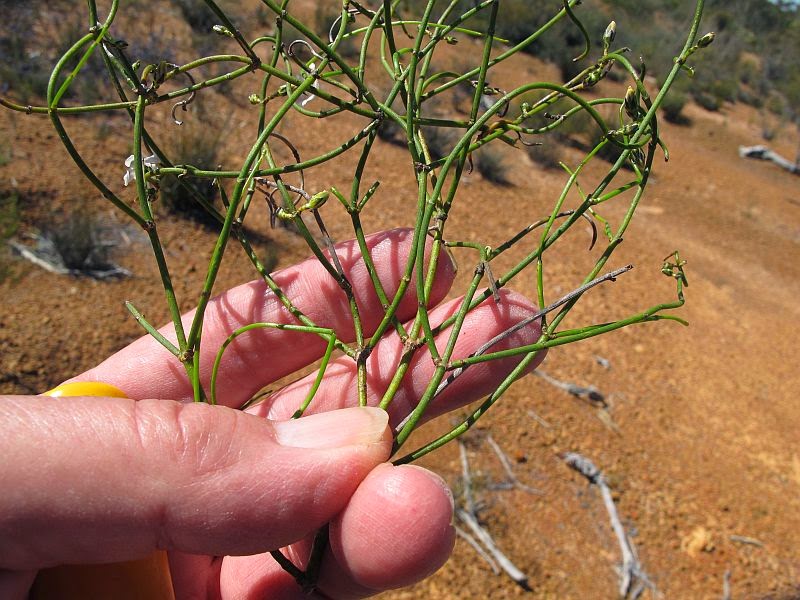 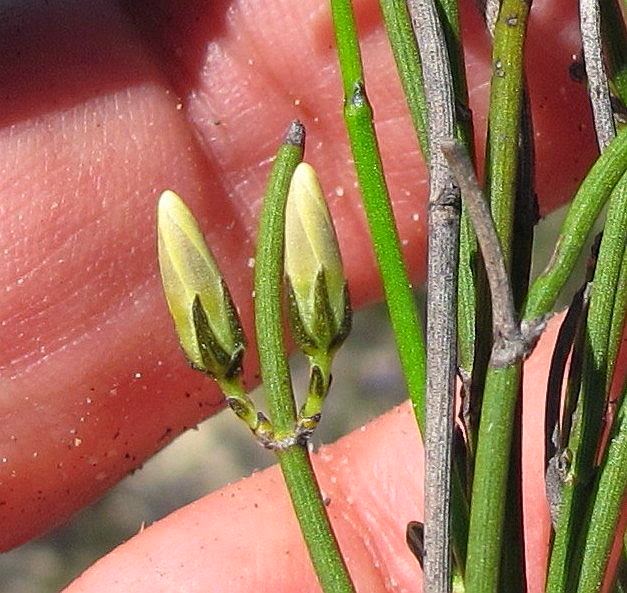 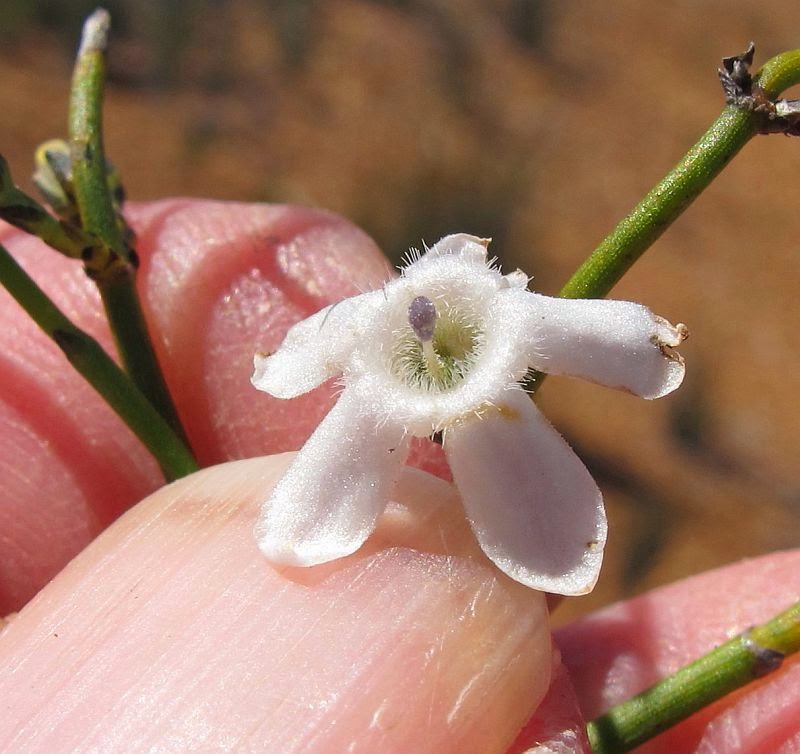 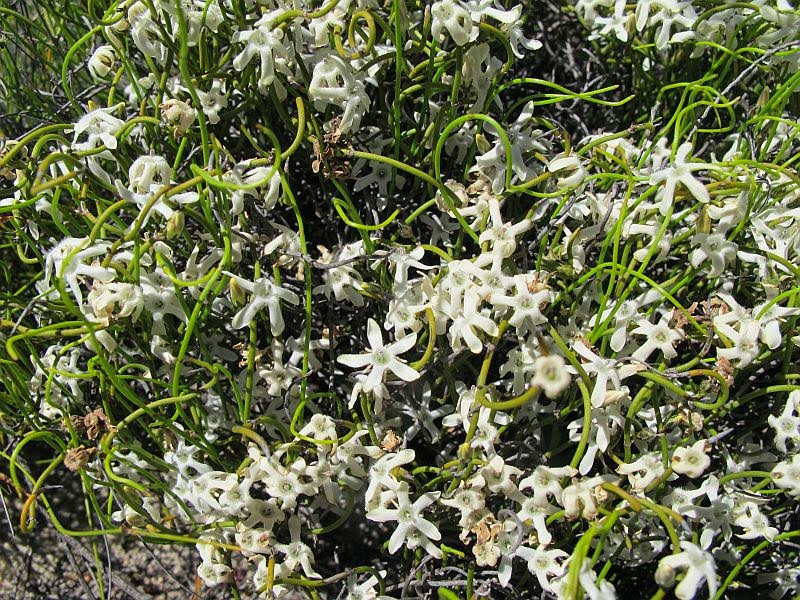 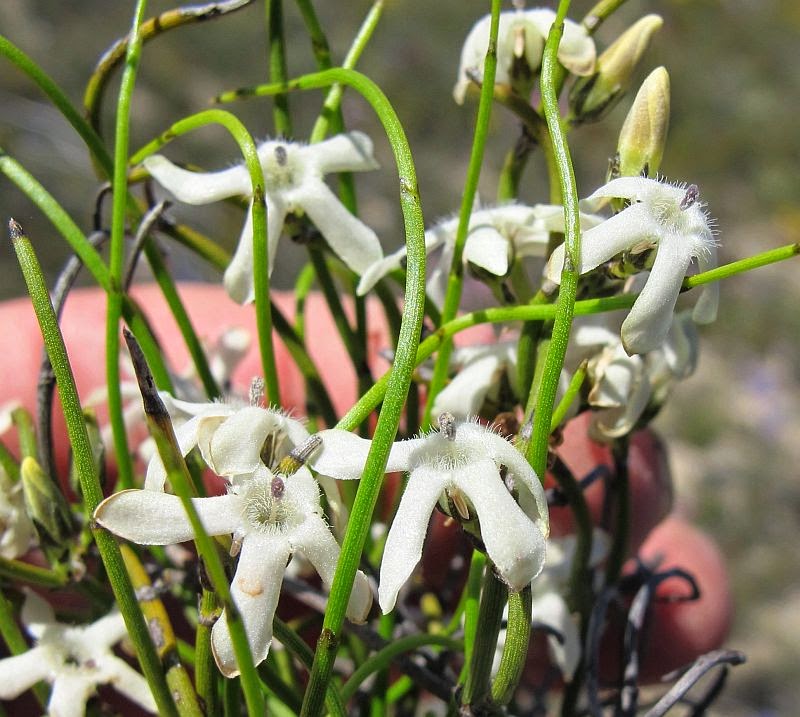 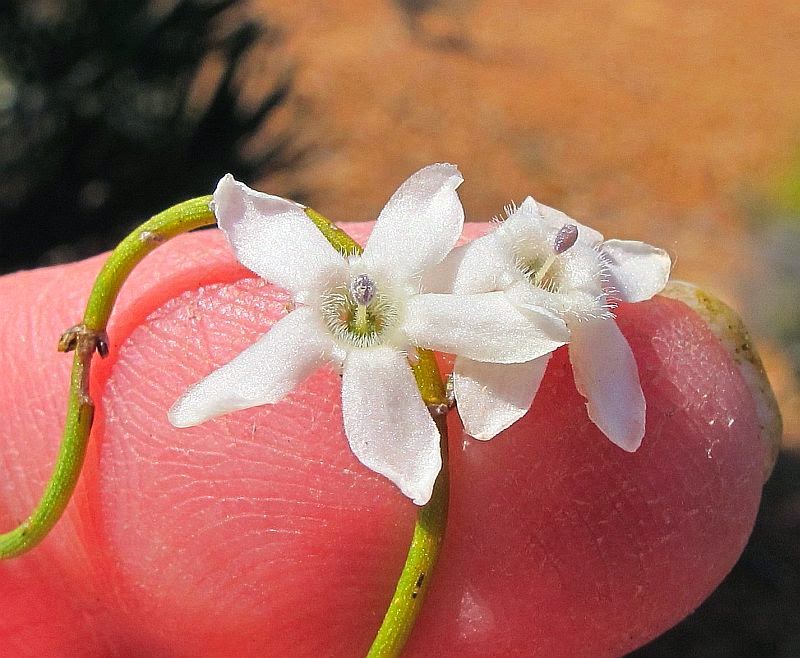 
I had encountered this plant on a number of occasions and assumed it was another of the many dry country sedges. However, one day I happened upon it again, but this time it had many white flowers and was obviously not a sedge at all and not even closely related. The leaves are minute and scale like, whilst the sedge like stems are bent and twisted, which is why it is called L. tortuosa.

Logania tortuosa is an inland species growing to around 30 cm (12") in height; it is found around 100 km (60 miles) NW of Esperance, then to Dumbleyung (further west) and from there to 130 km NE of Perth and then onto the Kalgoorlie region. A common species, but the colonies I know tend to reasonably compact, widely spaced, and locally restricted to shallow sandy soil over gravel.

The hairy centred white flowers are surprisingly large when compared to most other Logania species, measuring to 1 cm (3/8”) diameter and are scattered along the stem in small groupings of 2 or 4 flowers. The stems have approximately a dozen or so fine parallel vertical ribs and along their summit, each has minute, neatly spaced protuberances (papillae), nevertheless the plant is completely harmless and may be handled comfortably.

Flowering is recorded from September to December, which also agrees with my findings.

The Logania genus is part of the Loganiaceae family.
Posted by William Archer at 2:08 PM