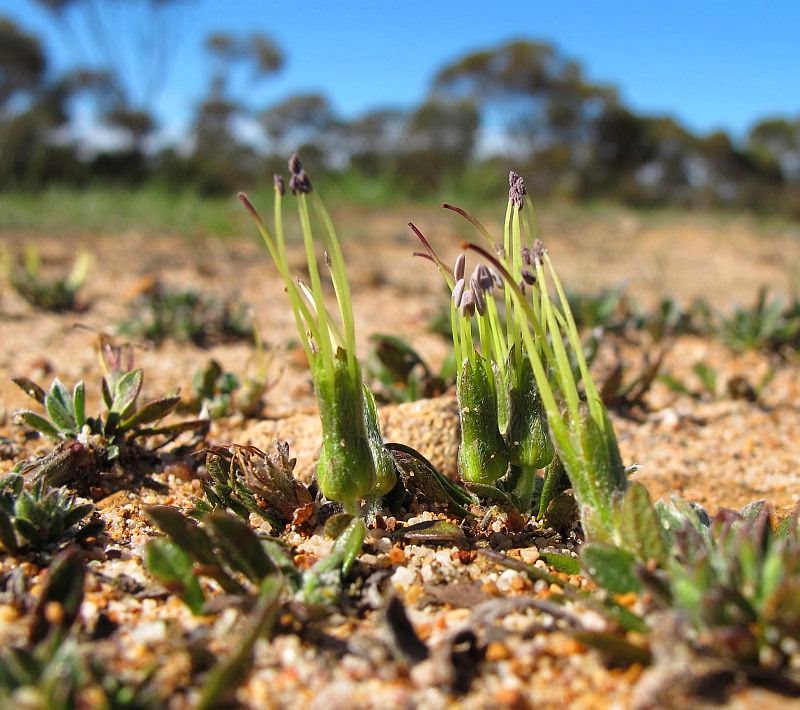 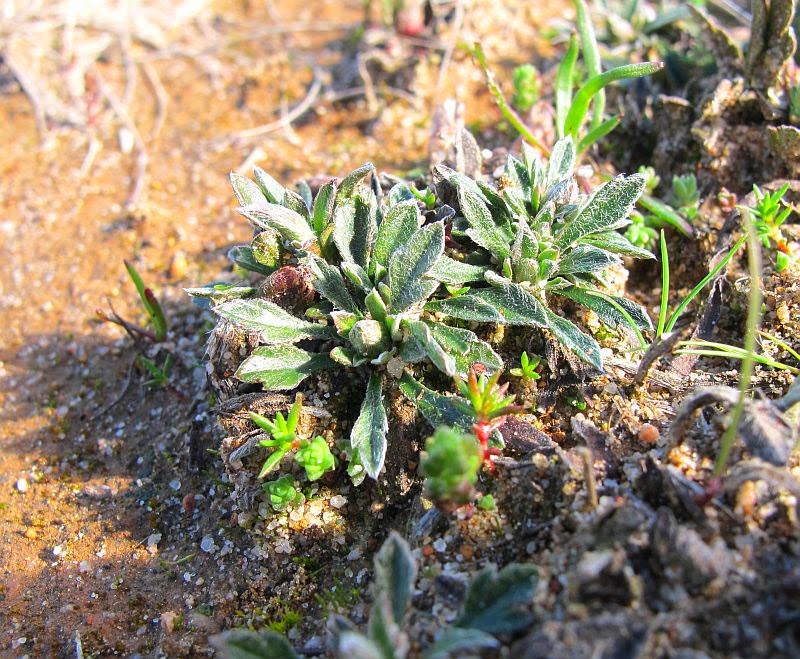 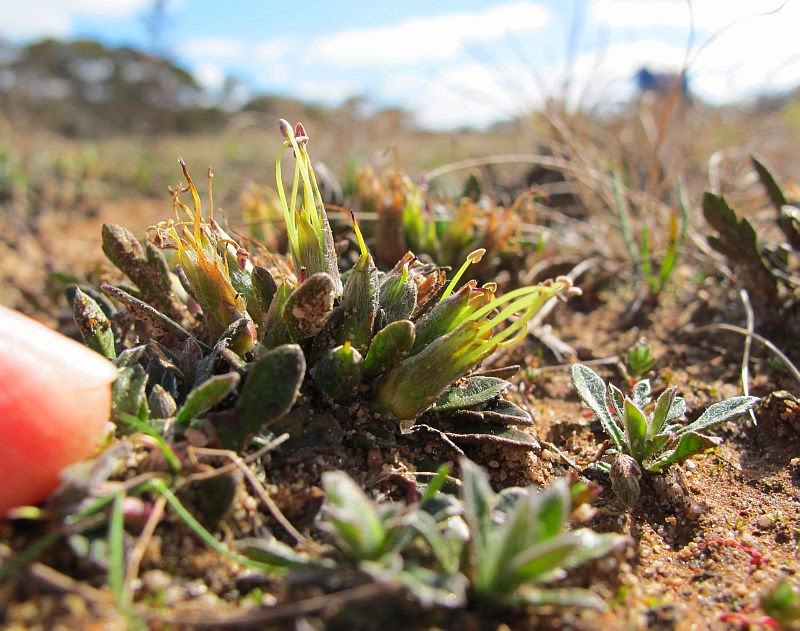 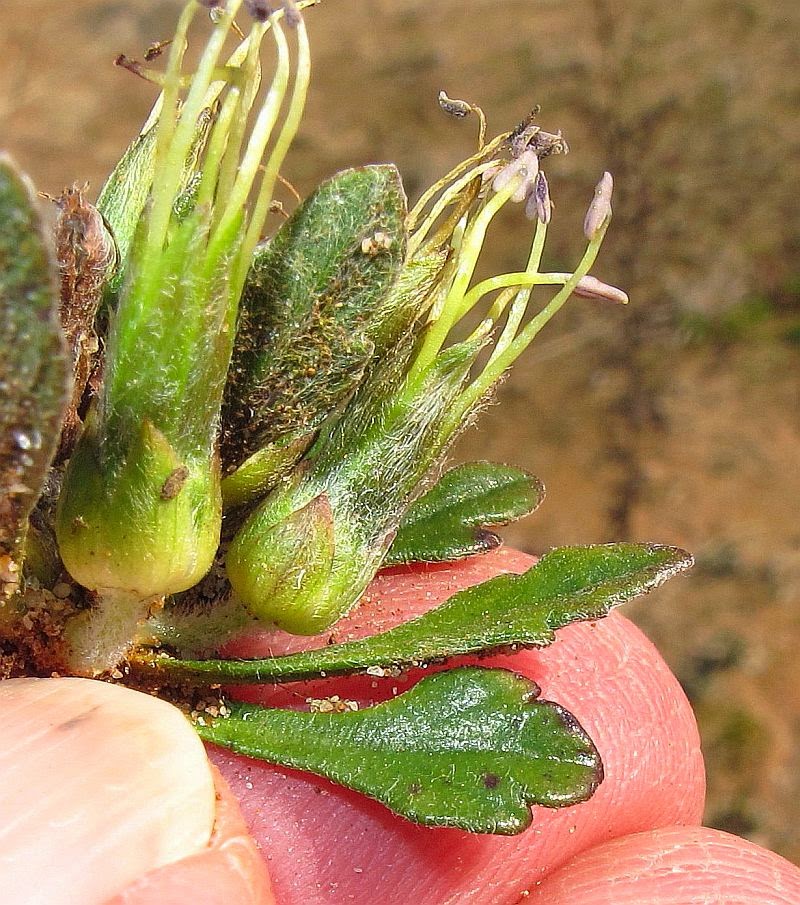 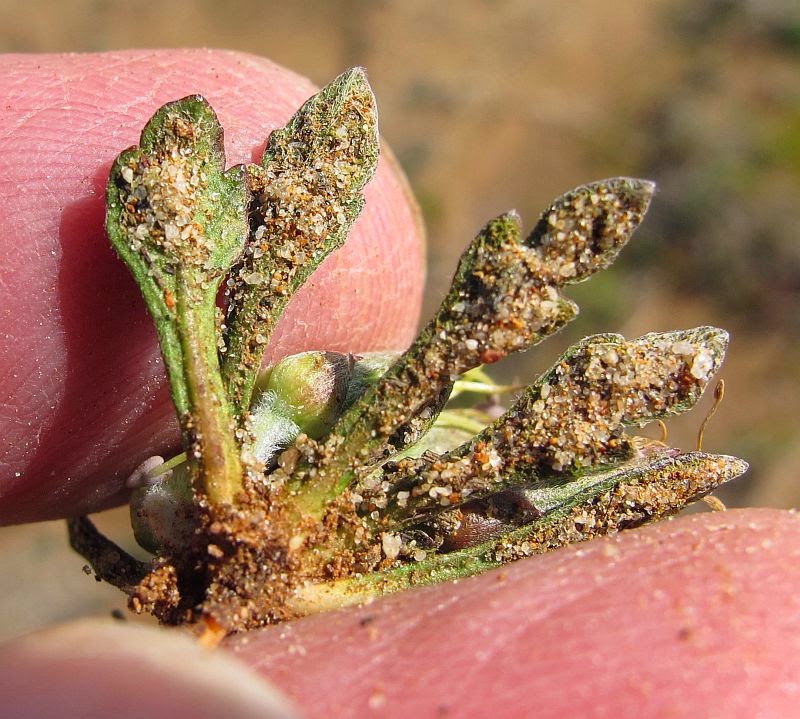 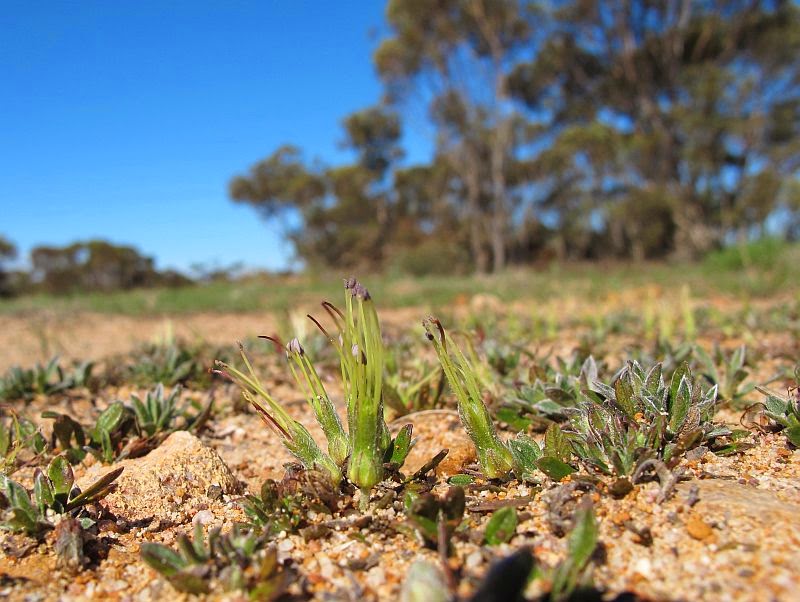 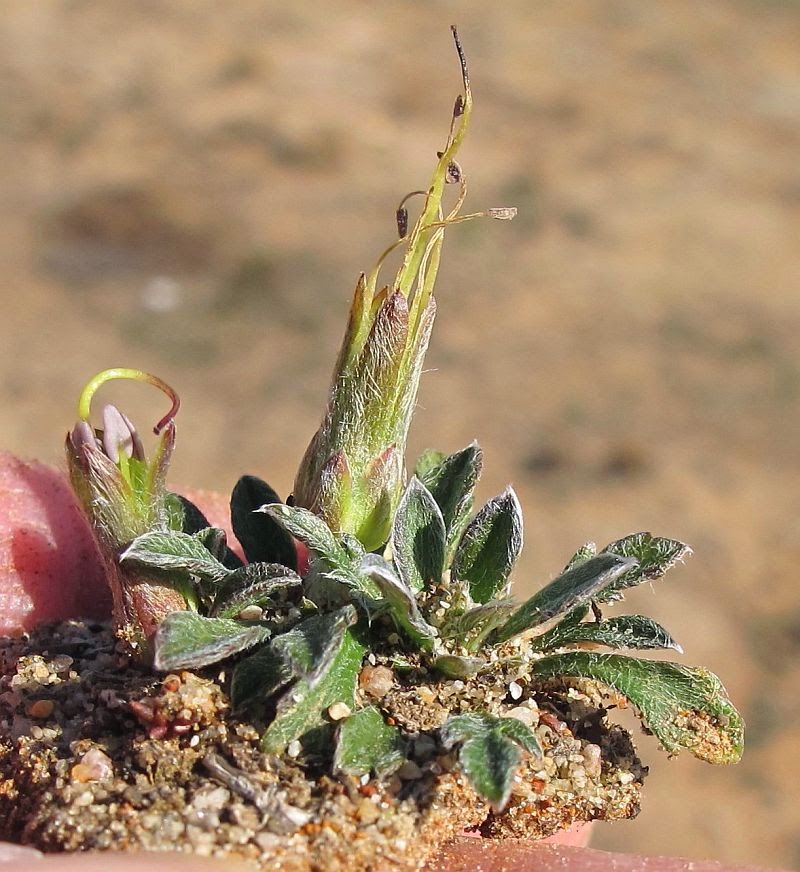 
This small spreading rhizomatous plant has a Priority Two conservation code listing, which means it is poorly known from generally less than 5 populations, although not believed to be under immediate threat. I know it from one small colony off Cascades Road (NW of Cascades), where it is growing at an intersection of Cascades Road and a private property access road.

It would seem this plant has been severely impacted by land clearing for agricultural purposes, as most if not all colonies are within the wheatbelt mallee zone and in this instance, an area roughly encompassing Lake Grace, Lake King and Hyden region, then reappearing to the NE of Esperance, with a very large gap between. The colony above is extremely vulnerable as it occupies an area of only 6x7 metres (20’x 23’) and a road grader could accidentally destroy it in 2-3 passes. Cars and trucks do currently drive over the colony, but fortunately not often and this tough, low growing little plant has managed to survive.

The tufted grey/green leaves from my collection are to 1.5 cm (5/8”) in length and have long silky hairs on both sides, although the upper surface of older leaves may lose them. The yellow green flowers generally protrude above the foliage and are around 1 cm (3/8”) in length, with the style and anthers well exserted. The height including the extended anthers are commonly around 2.5 cm (1”) in height, with occasional ones to twice that size.

The soil type is reasonably coarse sand, shallowly over clay (also recorded over limestone) and is a similar habitat to that found along mallee drainage zones, or where surface flow occurs after heavy rain. Flowering is recorded during September to November, but the above were in bloom from late July to September, although odd flowers could be found much later.

The genus Bentleya is part of the Pittosporaceae family.
Posted by William Archer at 12:22 AM