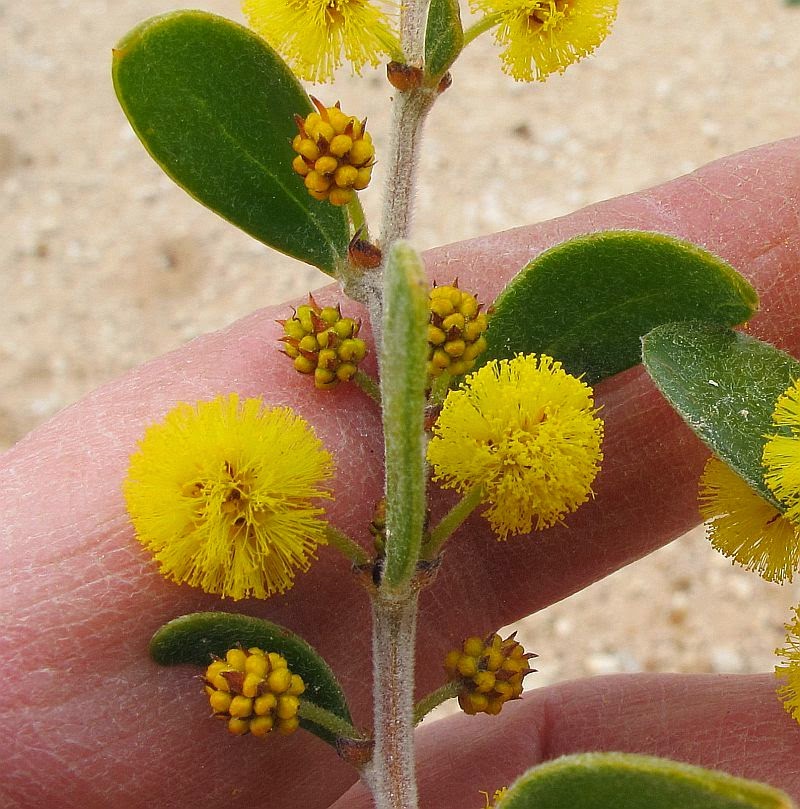 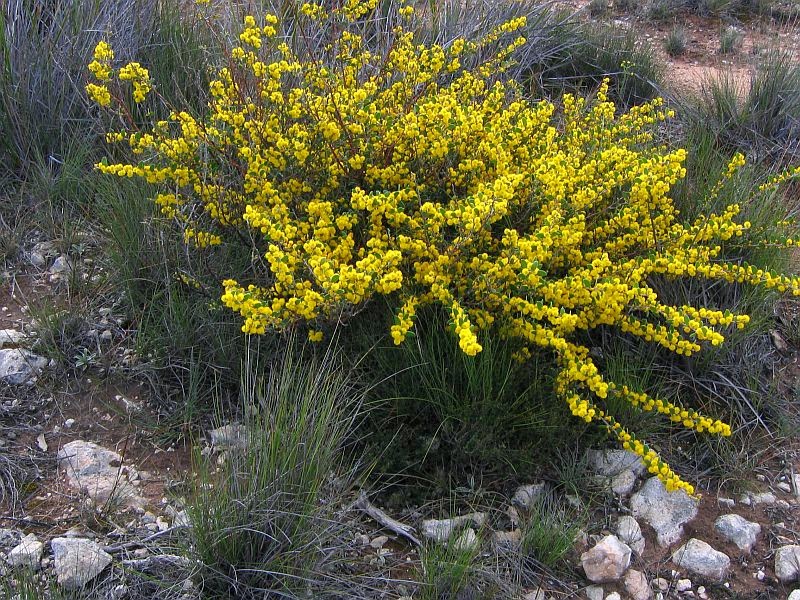 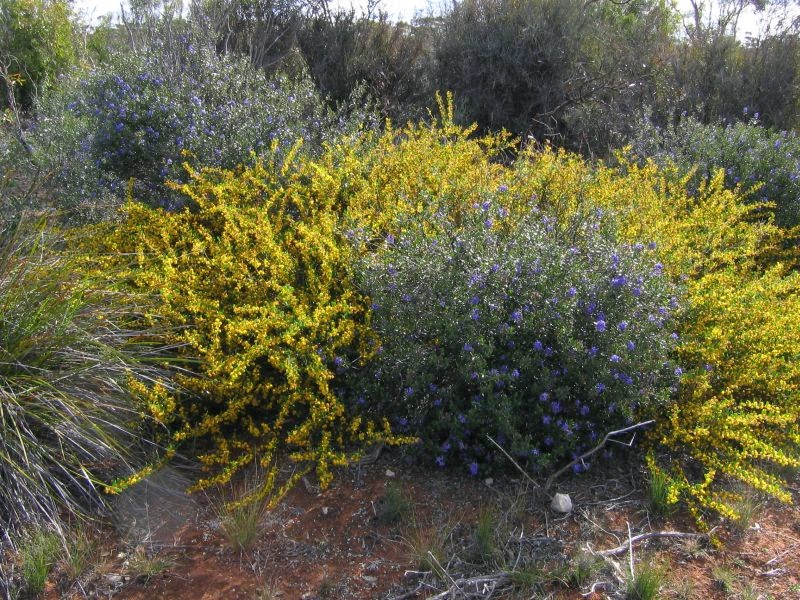 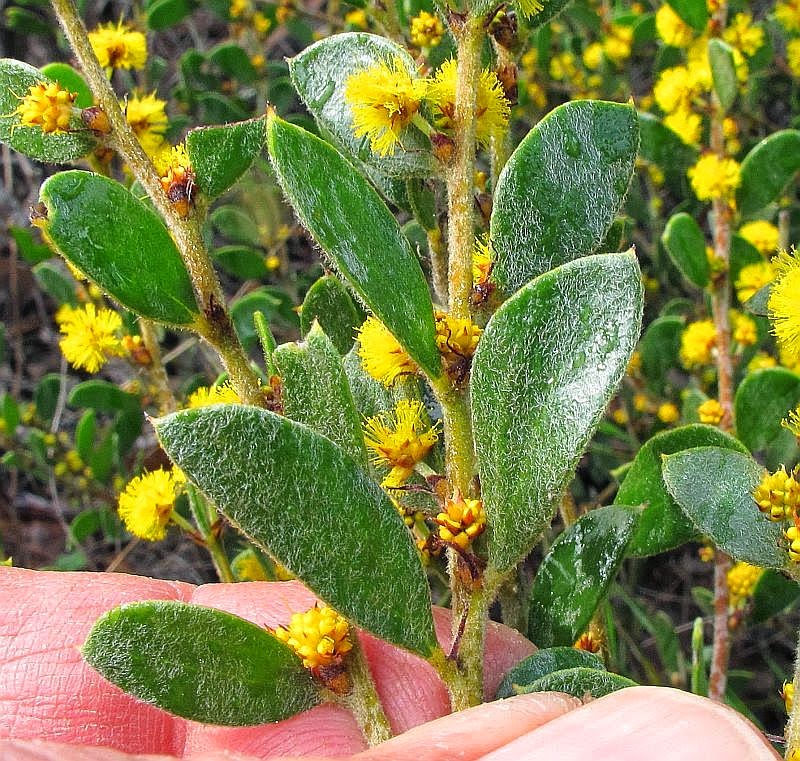 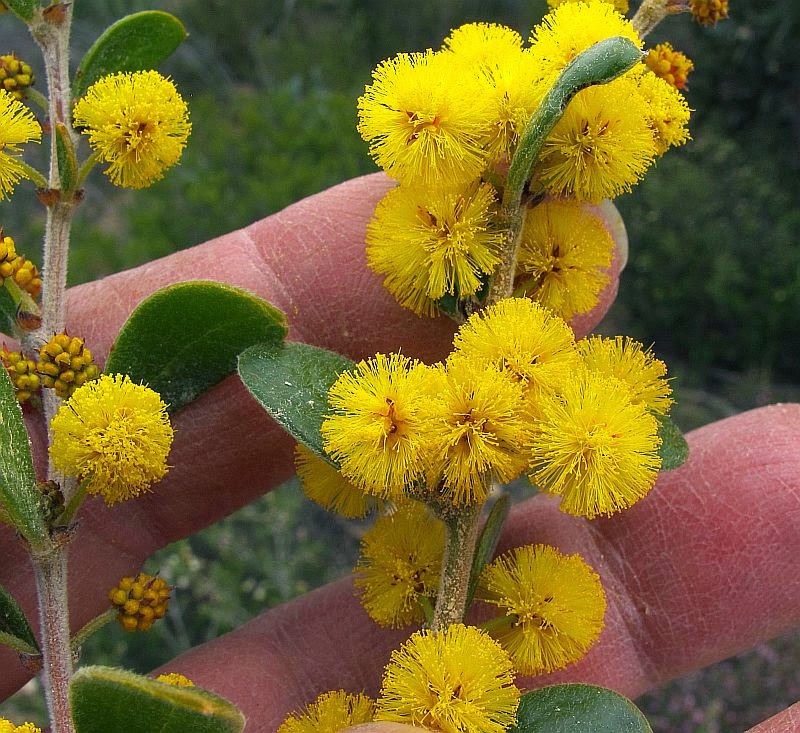 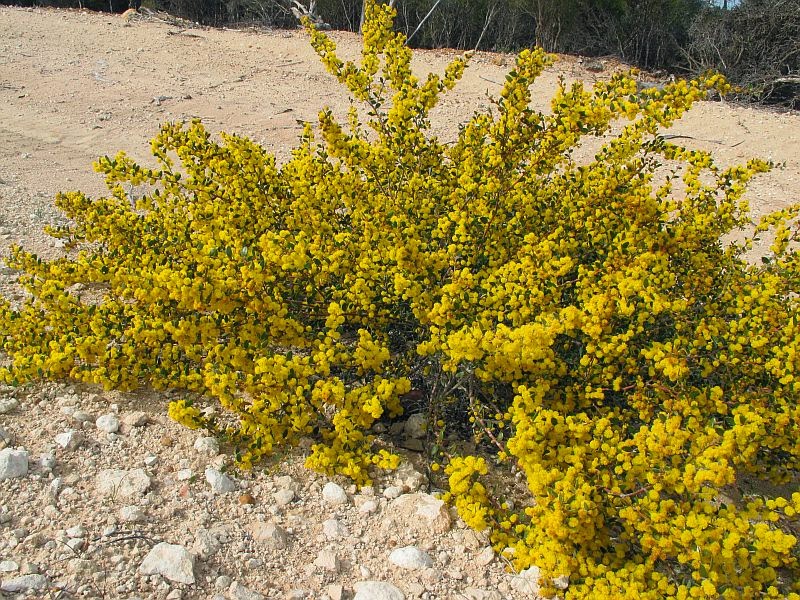 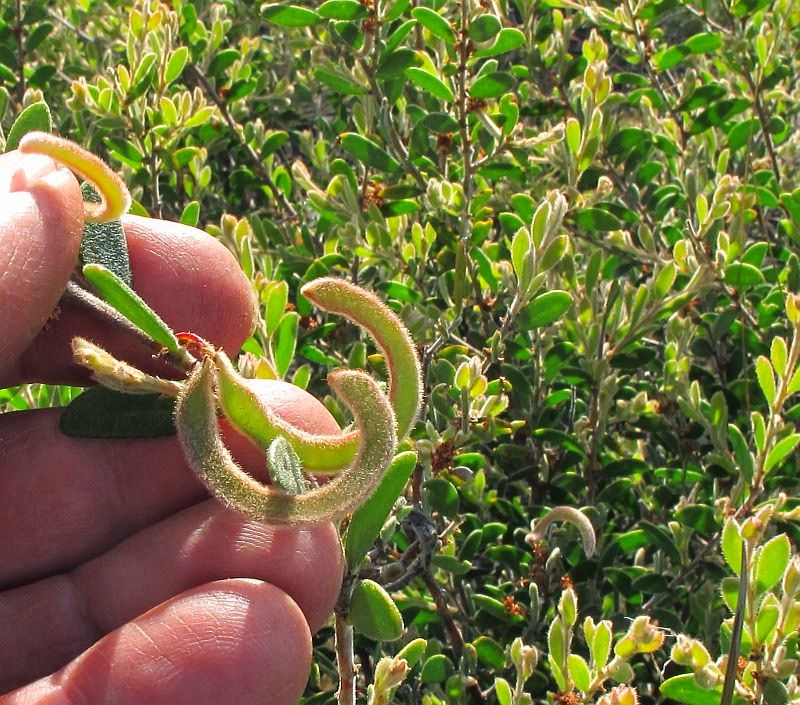 
Records of this Acacia are largely only known from the Esperance region, where it is restricted to mallee areas growing on sandy loams over limestone. It is however not often encountered unless stumbled upon, for although it commonly occurs in quite large colonies, they tend to be widely spaced rather than occupying a specific district. Acacia bracteolata has been collected from 80 km (50 miles) NW of Esperance, to Balladonia and the Cape Arid region (NE of Esperance).

When first encountered, the most obvious feature is the hairy foliage, which is not common with Acacia, particularly in the Esperance region. However, the hairs of older phyllodes may have fallen or worn away, but new growth is normally always hairy, as are the pods. Acacia bracteolata is a spreading shrub to ¾ metre in height x 2 metres in width (30”x 80”), which can grow into others to form a thick mat of vegetation. Alternatively it may develop into compact shapely individuals in limestone areas, particularly when they surround low-lying granite outcrops.

Normally a distinctive Acacia, not easily confused with other species unless that being a less hairy plant, then there are two other features that when in flower are unmistakable. When viewed in bud the individual flowers can be clearly seen and Acacia bracteolata has only four sepals (most, although not all Acacia species have five), plus the bracteoles below each flower are much longer in bud, giving the inflorescence a cone like appearance. It is this later feature that gives A. bracteolata its name.

Acacia bracteolata has been noted flowering from July to September and can be quite striking when in full bloom. The seed matures around November and December. However the photograph of pods above, was taken in October and are therefore immature, but they do show the characteristic semi-circular shape of this species.

The Acacia genus is part of the now exceptionally large and highly diverse Fabaceae family, which also includes the pea-flowers. Although some Authorities and older references might still place Acacia in the Mimosaceae family.