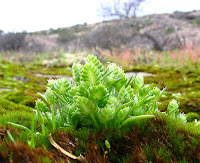 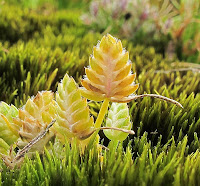 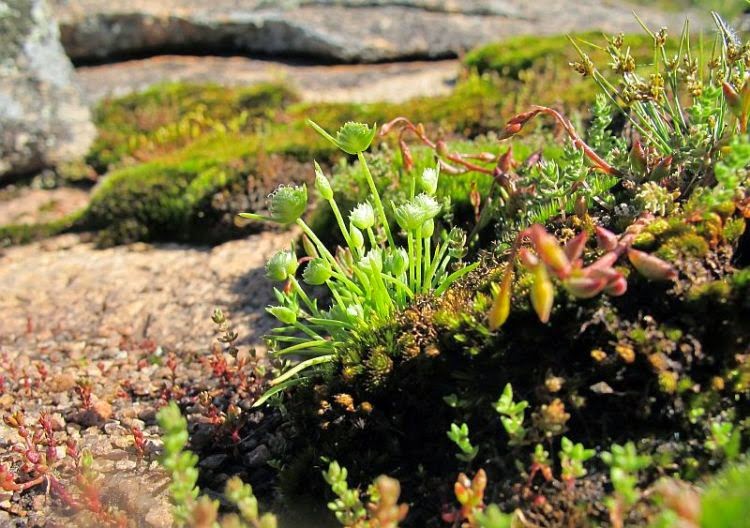 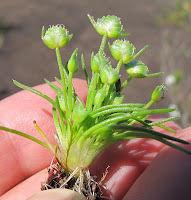 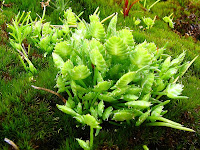 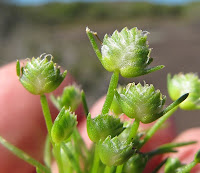 Aphelia brizula - Centrolepidaceae
This little annual sedge-like herb, is another member of the Centrolepidaceae family and like Centrolepis strigosa (recently detailed here), also favours moss covered rocks and moist peaty soils around swamps, creeks and floodplains. It is easily identified by the chunky terminal distichous flower heads.
There are three genera in the Centrolepidaceae family and Aphelia is separated from the other two by having 6-18 distichous bracts (the other two genera have only 2-3 bracts). There are six Australian Aphelia species with Aphelia brizula being endemic to WA, however a very similar species Aphelia pumilio occurs in SA, Victoria and Tasmania. They differ most obviously by the hyaline margins of the bracts (upper semi-transparent edge), which are full length in Aphelia brizula, but only halfway with Aphelia pumilio.
Aphelia brizula is commonly encountered on granite outcrops SW of a line beginning 250 km (155 miles) north of Perth to the SE edge of the Nullarbor, often in small-scattered colonies. It appears in July, but is very sensitive to hot weather and will quickly disappear at its advent (usually around November), but by then these interesting little plants, will have grown, flowered and set seed.
For more information about this group see http://esperancewildflowers.blogspot.com.au/2013/07/centrolepis-strigosa-subsp-strigosa.html
Posted by William Archer at 5:15 PM