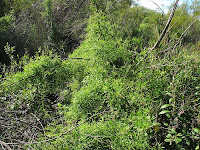 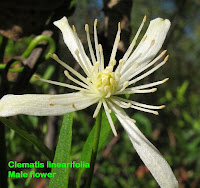 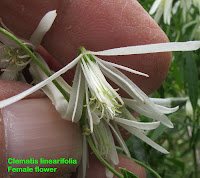 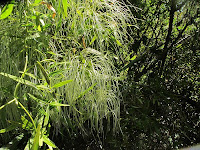 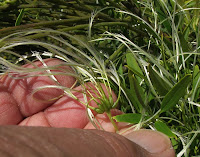 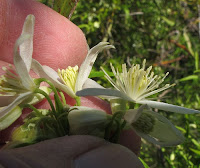 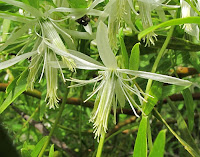 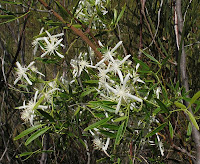 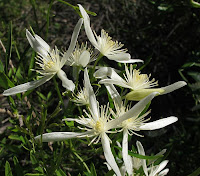 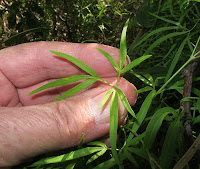 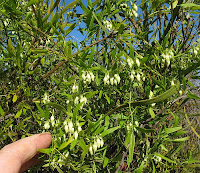 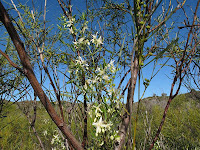 
The Clematis genus from the Ranunculaceae or Buttercup Family, is very widespread and not restricted to Australia, although all Australian species are endemic. Clematis linearifolia is one of four WA species and was known as Clematis microphylla, which now only refers to the Eastern States species. It was separated most obviously, by having much longer achene (seed) awns that are over 12.5 cm (5”) in length, whereas C. microphylla are only a little over 5 cm (2”).

There are two species of Clematis in the Esperance region, the other being C. pubescens and both occur in coastal areas and often grow together. To casual observation they are very similar and easily confused, but with C. pubescens the anthers have a small connective appendage at their tip, whereas there are no such appendages with C. linearifolia.

Clematis linearifolia is most common in the near coastal calcareous dune system from Dirk Hartog Island (north of Kalbarri) to Augusta, then from Hopetoun (south of Ravensthorpe) to Israelite Bay (east of Esperance). It is especially plentiful in and around hollows, lakes and flats between stable tertiary dunes, where it can look quite spectacular draped over other shrubs and spreading to around 5 metres (16’).

The numerous creamy/white flowers on long pedicles (stalks) are about 3.5 cm (11/2”) diameter and are most attractive, as are the following long silvery awns attached to the seed. Locally, the flowering period is from mid August to October, but this ornamental time frame is expanded to December by the decorative awns. Interestingly, C. linearifolia begins to flower immediately after C. pubescens, presumably not to cross-pollinate with that species.

Details of Clematis pubescens, including other differences can be obtained  here.