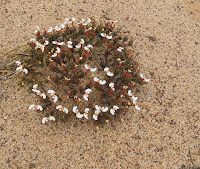 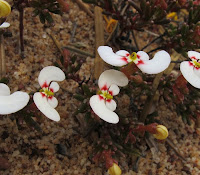 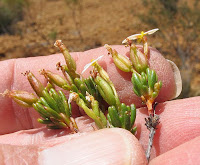 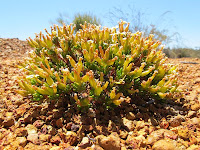 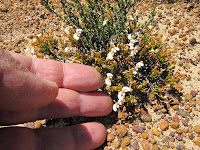 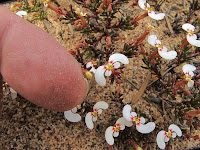 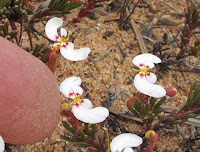 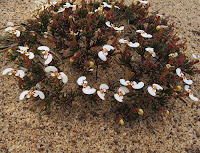 
In Western Australia there are a considerable number of Stylidium species, with many being added or revised on a regular basis. Stylidium involucratum has also been known as S. breviscapum var. involucratum and S. stowardii and is still often confused with Stylidium breviscapum, which remains a recognised species, whilst the others have been discontinued.

Both Stylidium breviscapum and S. involucratum are common in the Esperance region, but the former is more a coastal or near coastal species ranging from Mt Ragged (east of Esperance) to Hopetoun (south of Ravensthorpe and west of Esperance). Stylidium involucratum on the other hand commonly occurs west of Esperance, from inland mallee heath 110 km (70 miles) NW of the town, to become more coastal in the Fitzgerald River National Park (west of Hopetoun) and then north to the Southern Cross region.

Besides a different distribution, Stylidium involucratum differs from S. breviscapum by having unequal sepals (lobes just under the flower), with three of the five being larger than the other two, but with S. breviscapum they are all equal. There are other differences including labellum appendages, but sepal size is the easiest and most obvious means to distinguish between them.

Another Trigger Plant with similar boomerang shaped petals is Stylidium eriopodum, but that occurs further west to the Perth region and is well outside the Esperance district. Locally Stylidium involucratum is commonly encountered on gravel soils, sometimes with a shallow non-calcareous sandy overlay. Flowering has been noted from September to November.