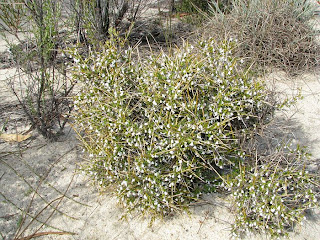 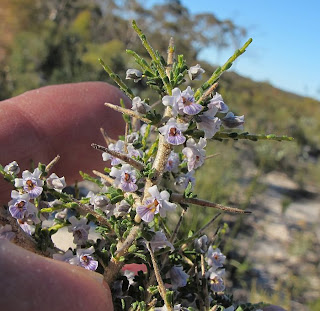 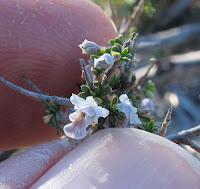 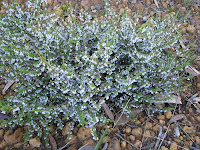 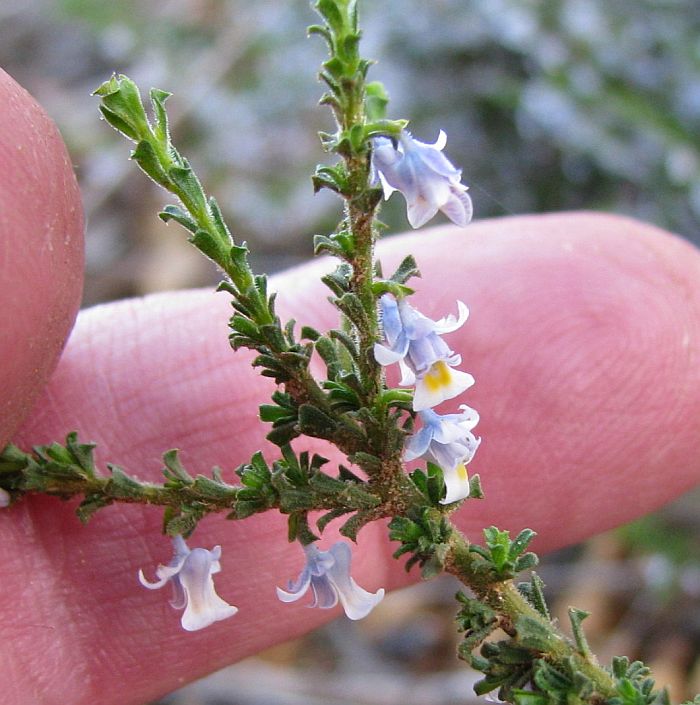 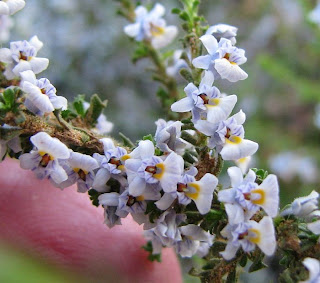 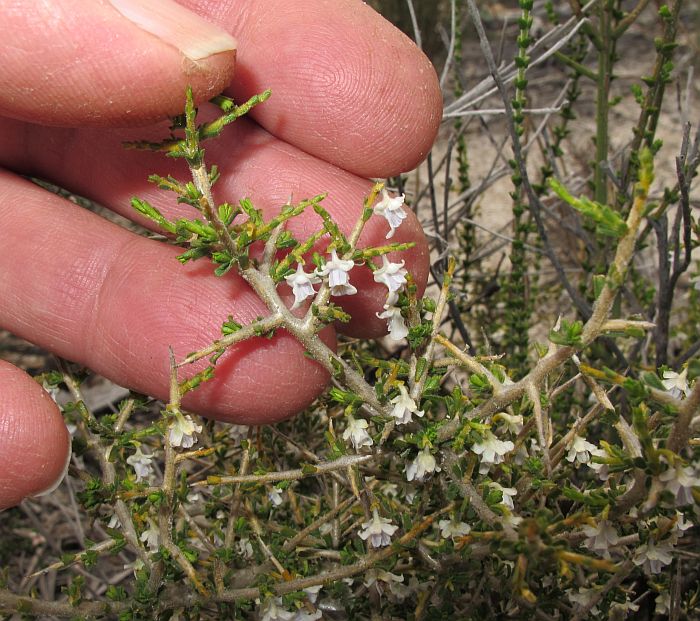 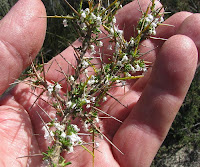 
Hybanthus are native Violets and reside in the Violaceae family. This particular species is commonly encountered as a small, very compact, small, spiky shrub with white flowers sporting tones of yellow and blue. However there is another form that most would think a different species, as there are no spikes and the leaves are usually larger and the tips abruptly recurved to produce a bilobed apex, plus the flowers tend to be more blue.


This spikeless form has been referred to as Hybanthus biloba, but it is an Unresolved Name, meaning it is not officially recognised as a species, probably because these plants are highly variable and grade into each other over their range. The recognised name of Hybanthus epacroides extends inland from north of Albany to Moora, then easterly to the NW Nullarbor region, moving down to Cape Arid, then around the coast to near Albany. Around Esperance it is quite common, although usually in scattered small colonies from near coastal to mallee regions, growing mostly on non-calcareous sandy soils, but also on gravel/clay ones where flower colours are often brighter.


Hybanthus epacroides is a compact shrub growing to ½ metre (18”) in height, although commonly half that size. The spikes when they occur, are the sharp ends of branches that appear more pronounced when their small leaves drop from them. Leaves from either form are less than 1 cm (1/4”) and much smaller than another local species Hybanthus floribundus subsp. floribundus (see right hand column for details).


The highly color variable flowers, are around ½ cm (3/16”) in length, but produced in such numbers that plants when in bloom and even with spikes are visually engaging. Flowering is recorded from May to October.