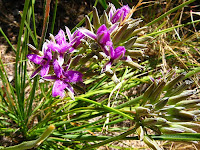 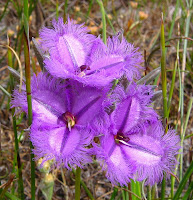 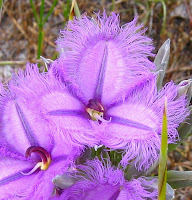 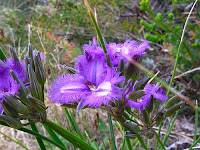 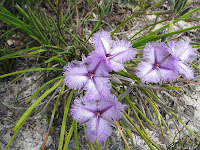 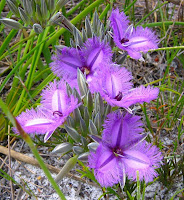 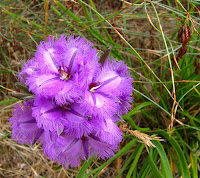 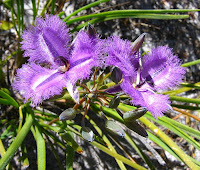 The Thysanotus genus has been commonly placed in the Liliaceae family and still is depending on the floral classification system being used, but the family Asparagaceae is the one now adopted officially in Western Australia, so I shall do likewise. Thysanotus triandrus is a common and widespread Fringed Lily,  found from Israelite Bay (east of Esperance) to south of Geraldton on the west coast, favouring well drained soils from deep non-calcareous sand to gravel.

The flowers despite being complex and rather delicate actually close at night, or when raining or even if heavily overcast. So best not to look for them in these conditions, but between September and December on pleasantly warm and sunny days, the flowers will be at their best.