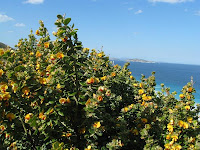 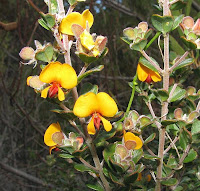 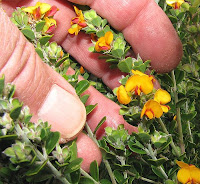 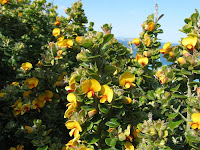 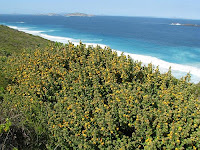 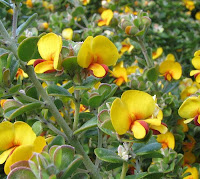 Previously known as Pultenaea obcordata, this plant is very common in the Esperance coastal region. It primarily grows in calcareous sand, particularly when shallowly overlying limestone, although it can also be found on near coastal granite outcrops. In very exposed conditions it develops into a compact low bushy shrub under a metre (3') in height, but in more sheltered situations it can grow close to twice that height and often forms dense thickets.

Pultenaea heterochila is a long flowering species and flowers can usually be found after rainfall, officially it is recorded blooming from May to November, with other records in February, but the most prolific period is during August and September.