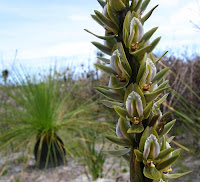 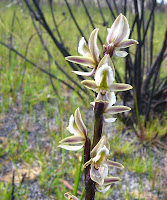 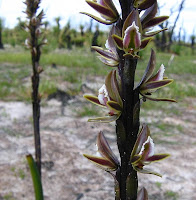 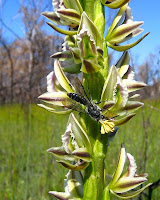 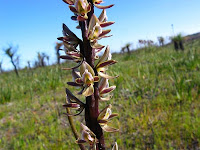 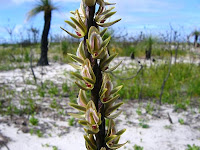 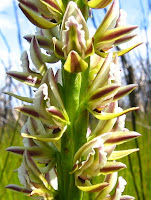 
Like the name suggests a tall orchid, often growing to over a metre in height, although as kangaroos are very partial to them, many will have their tops bitten off. However they are very common after summer bushfires but less so without, although some can usually still be found. They grow in low-lying drainage areas, around ephemeral swamps and in slightly elevated sandy heath (possibly with sub-surface moisture), plus around granite outcrops.


Color-wise, they are extremely variable, varying from shades of green, brown, bronze, dark red to almost black. The flowers on the stem can be tightly congested or quite spaced (possibly due to the age of the plant). However the labellum is reasonably consistent with a raised centre plate largely surrounded by a pinched frilly edge. The plants seldom form compact colonies, but tend to be scattered within suitable habitat.


Flowering can take place in August, but the main period is usually during October, and finishing in November.