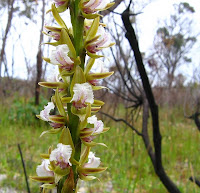 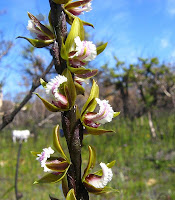 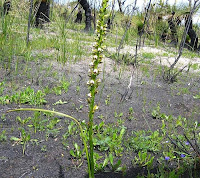 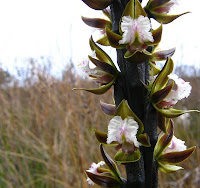 
A large and attractive orchid growing to around a metre (3 foot) in height, in low-lying zones around ephemeral swamps, on flats and drainage areas. The stem is very variable, varying from green to almost black, but the labellum is always delicately fringed with white wavy edges. These orchids will flower very well after a summer bushfire, but will also do so without, and like many orchid species, will only stop flowering when they become heavily overgrown.

Some references state the Fringe Leek Orchid flowers from June to September, but although they may send up a flowering stem this early, I have not seen them in flower before August, then plants will flower through September and others well into October.