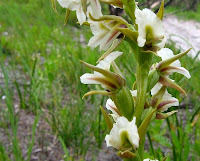 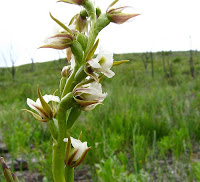 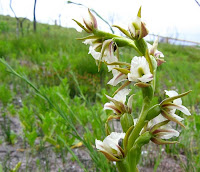 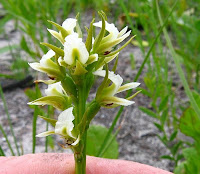 Previously known as Prasophyllum odoratum, it is a sweetly scented orchid and grows on stabilised alkaline tertiary dunes. The flowers are white/green and the sepals are divided to the ovary, making it a very distinctive species. Like most Leek Orchids, it does well after a summer bushfire, but can still be found at other times. It is one of those species that is nowhere common although widely distributed and is often found growing on the dunes (not in the hollows), on exposed flat to gently sloping locations.