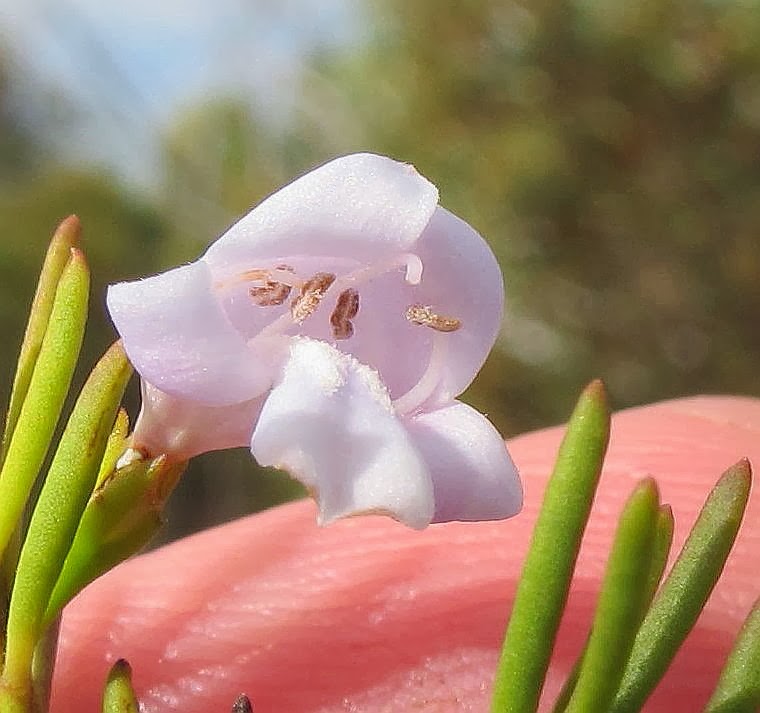 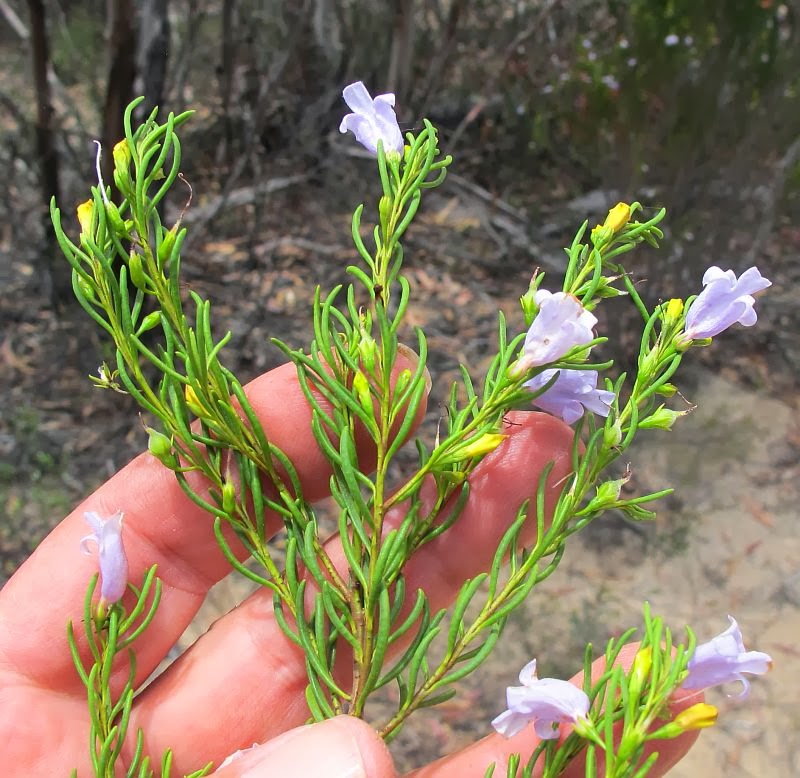 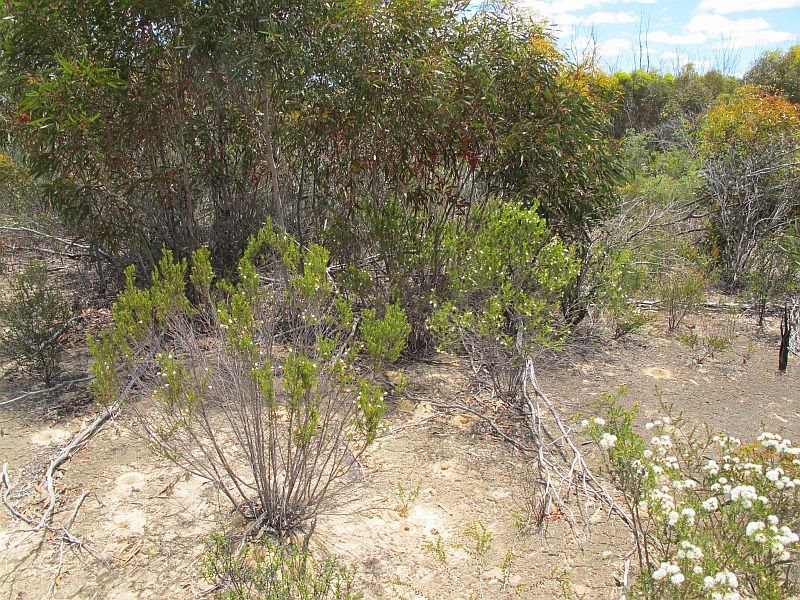 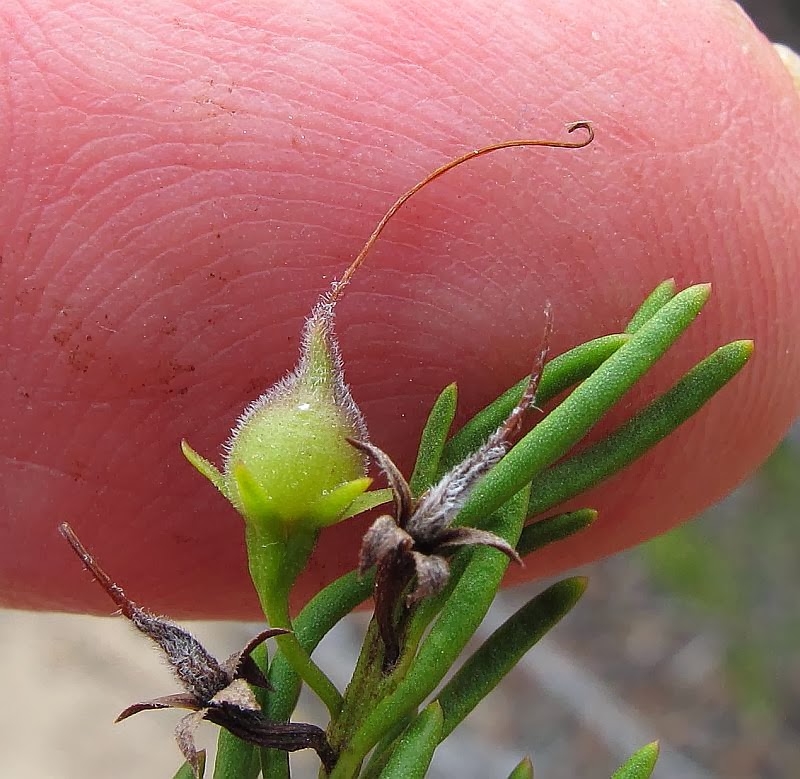 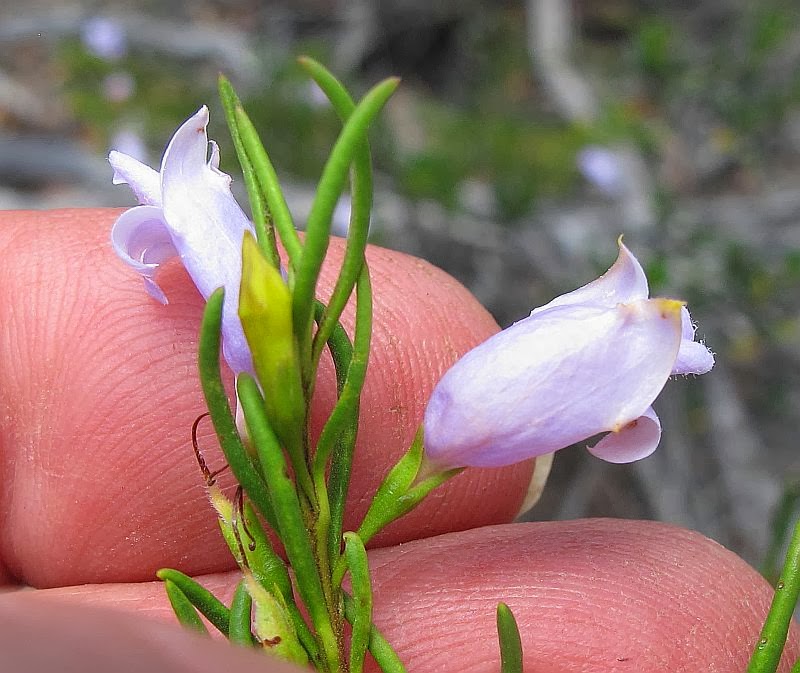 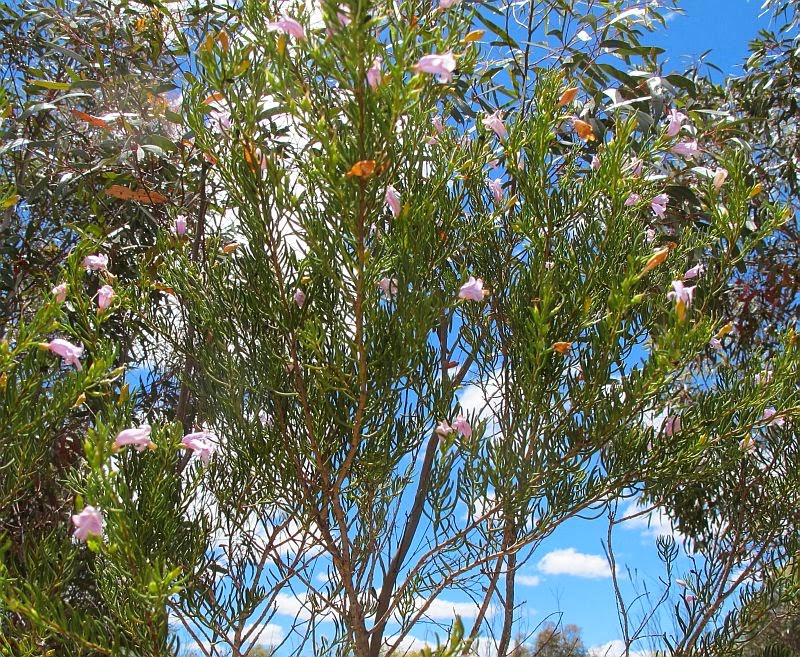 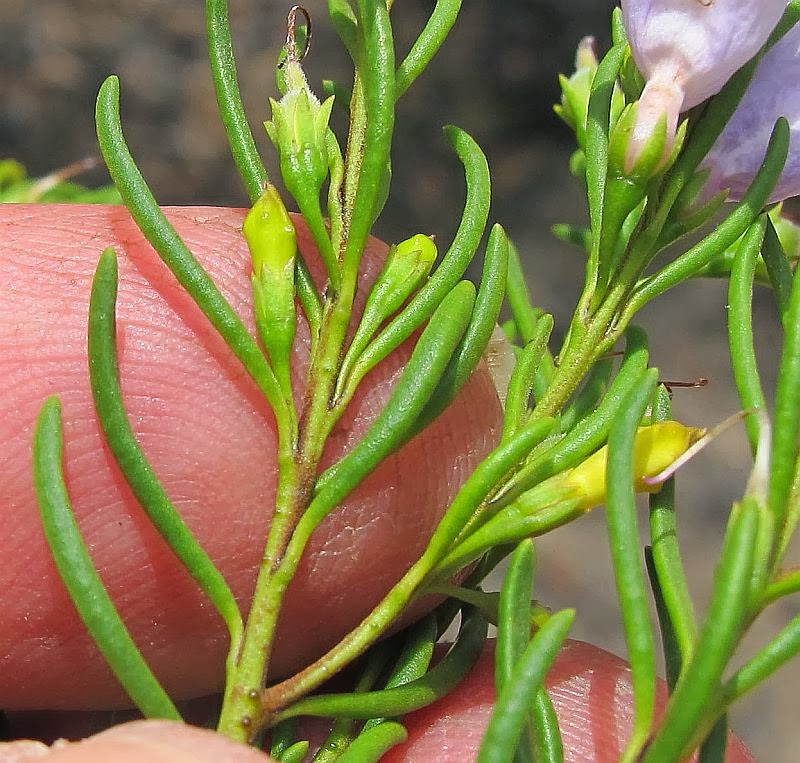 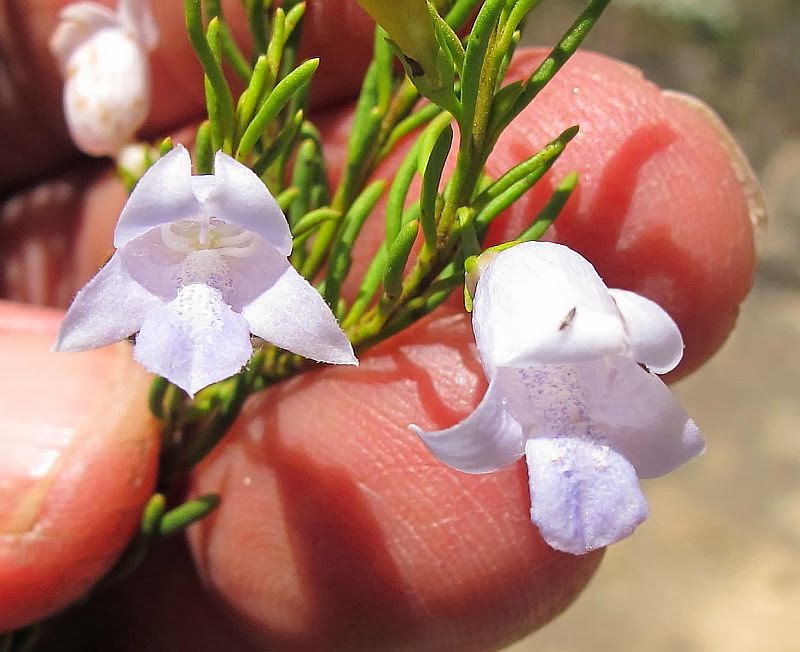 This species prefers the more arid woodland zones from Esperance to the Kalgoorlie region, where it tends to be more common.  It prefers to grow in the heavier soils and can reach 2 metres in height, but local colonies seen were little more than half that size.  The flowers too in the Lake Tay to the Peak Charles area are quite pale when compared to some violet forms that gave it the common name of the Violet-flowered Eremophila.

Generally E. ionantha is an open upright shrub and only eye-catching when in flower (anytime between September to February), otherwise blending into surrounding vegetation.  Like many Eremophila species, they appear in numbers shortly after bushfires, but die back after a few years as taller plants begin to dominate.


The Eremophila genus belongs to the Scrophulariaceae family, but may also be listed by some authorities under Myoporaceae.


My thanks to the WA Herbarium for identification.