Mt. Ridley is the closest mount to Esperance, being around 65 km to the NNE.  It is an interesting and attractive place with good views of surrounding saltlakes, plus Mts. Ney and Heywood on the eastern horizon.  It differs from other large outcrops by the numerous house size boulders, some of which have been hollowed out by the elements and the shelter later used for cultural ceremony by pre-European Aborigines.  There is also a large wave rock formation on its southwestern face. 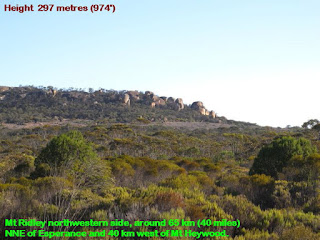 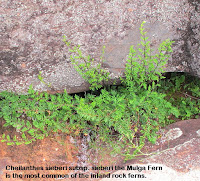 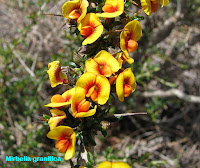 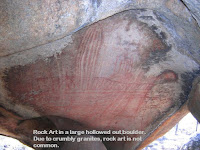 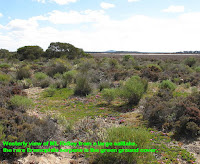 On most granite outcrops there are shallow rockpools to 30 cm (12”) in depth and in some there are Shield Shrimps, which hatch after good rainfall from eggs laid the year before. These pools might only last a few weeks until rising temperatures cause the water to evaporate, but by then the shrimps will have grown to maturity, mated and laid heat resistant eggs to ensure the next generation. 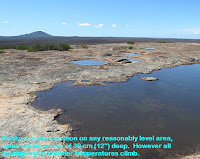 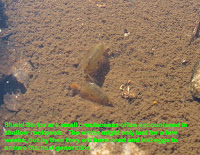 Peak Charles and Peak Eleanora to the NNW of Esperance, were named by Lieutenant John Septimus Roe, Western Australia’s first Surveyor-General during his epic Albany to the Russell Range Expedition of 1848-49. He named these companion mounts after Governor Charles Fitzgerald and his sister, Eleanora. 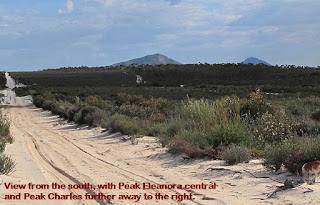 Peak Eleanora is 8 km south of Peak Charles and is the less impressive of the two. It is also more difficult to climb due to the numerous large rocks and the dense vegetation growing between. Peak Charles on the other hand has much more exposed granite making access easier. 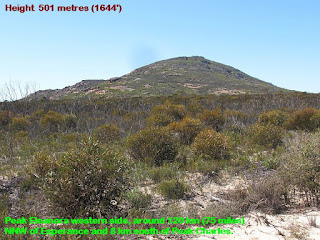 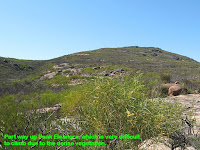 Peak Charles is very distinctive with its peaked summit and can be seen from a considerable distance, making it an ideal navigational marker. There are many interesting and varied habitats ranging from exposed to sheltered places on and around the mount, however some rocky escarpments and pockets of dense vegetation can still make access very challenging. 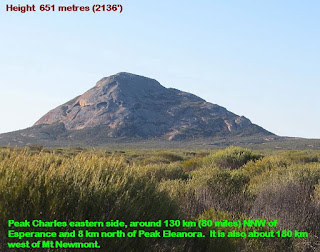 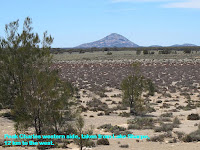 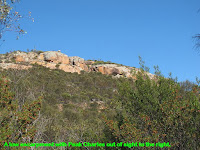 On one granite outcrop there were hundreds of Ornate Crevice Dragons that would race away upon approach and eventually disappear under a rock or overhang. They were so numerous that no matter where you looked there would be these Dragons, however when passing though a 100 metre/yard section there were none at all. The reason became quickly apparent when I spotted a Brown Snake, commonly known as a Dugite sunning itself outside its rocky home. A little further on there was another, and further on from that, yet another. It would seem that the snakes preyed upon the Dragons, and the Dragons being well aware, gave them a wide berth. 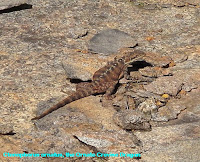 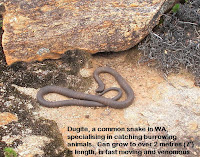 On the same outcrop there was a Dingo den, which consisted of two large hollowed out rocks with deep, dry, sand on which to sleep. Both rocks have extensive views over the surrounding country, which gave them ideal conditions to spot prey below or potential danger.  A small-vegetated gully was just behind, where the dogs could move around without being seen. There were fresh paw prints in the sand, so presumably they were still around, but remained unseen. 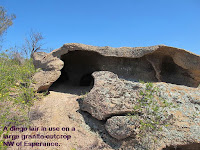 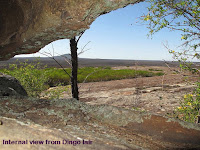 The topography further west and within the study area has many interesting features, although these do not include any additional large rocky outcrops.

Caution:
Reasonable gravel roads provide access to the above mounts, but some sections during wet weather are only suitable for 4WD vehicles. Travel in these areas during summer is not recommended, as temperatures can commonly exceed 40 degrees C or 104 degrees F in the shade and supplies of any kind are not available, including fuel and water.  For up to date access information, contact the National Parks office in Esperance.