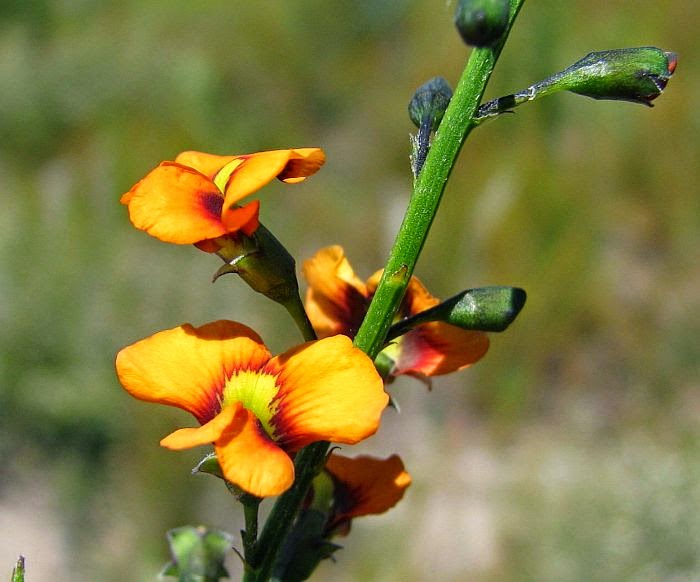 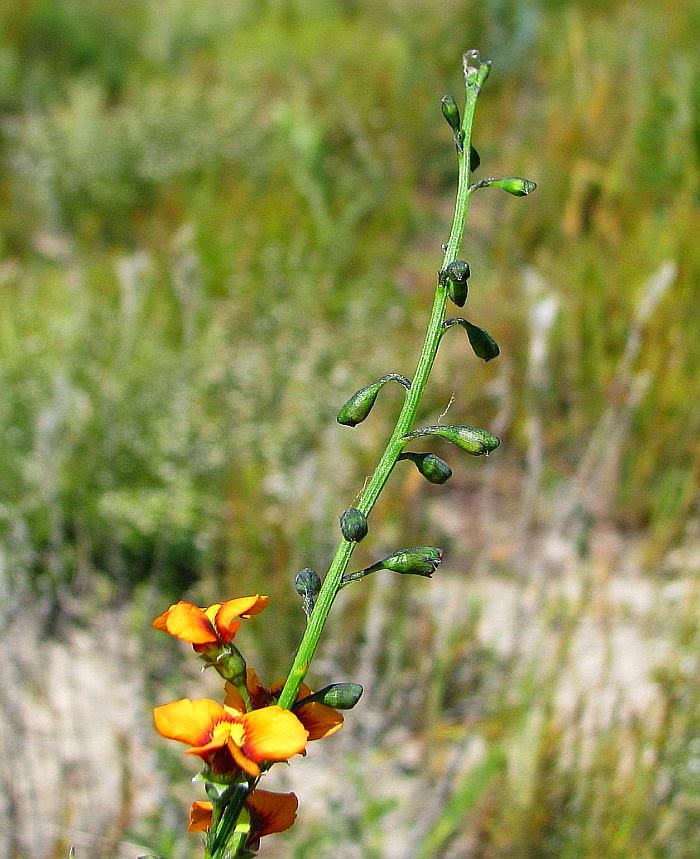 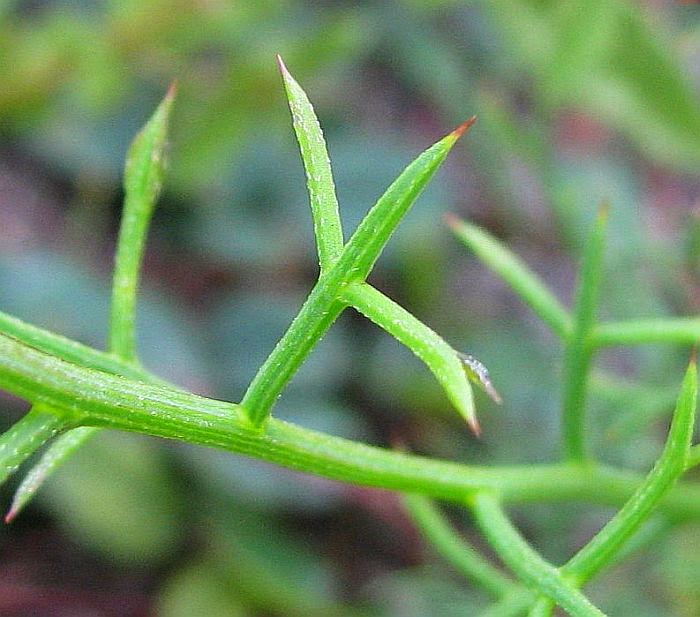 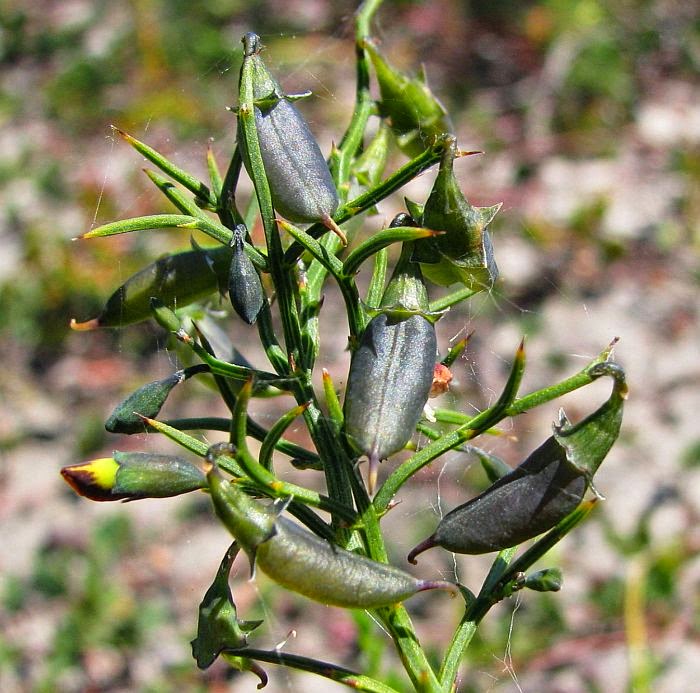 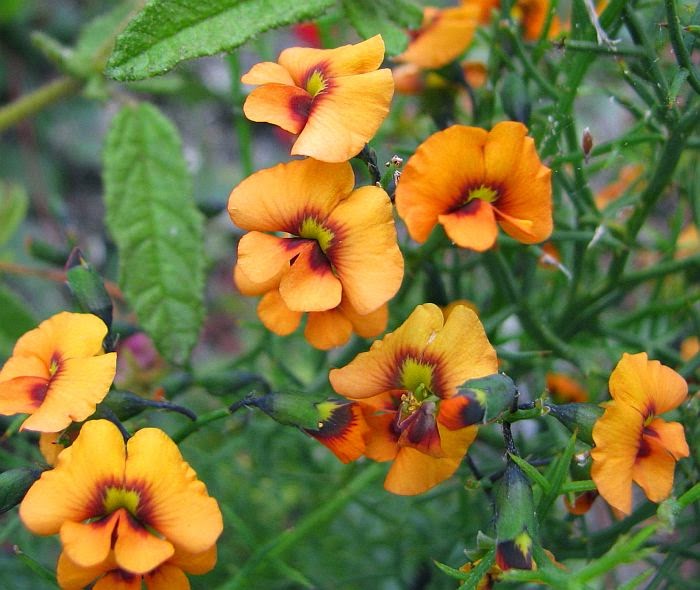 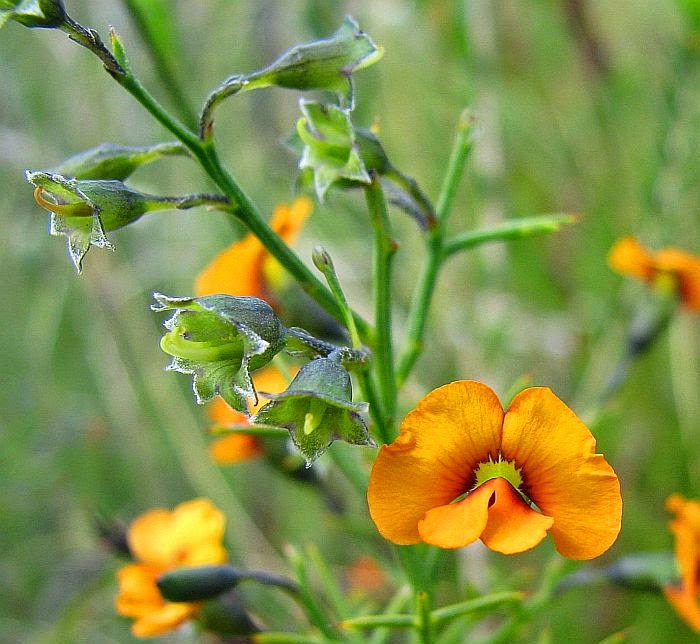 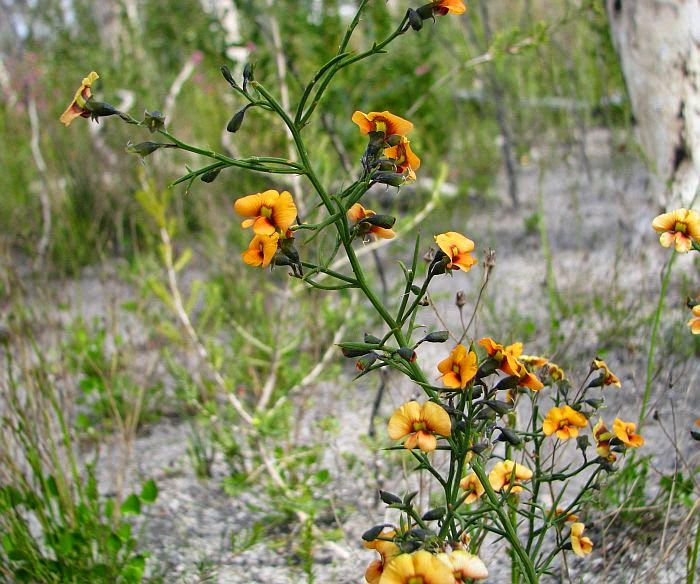 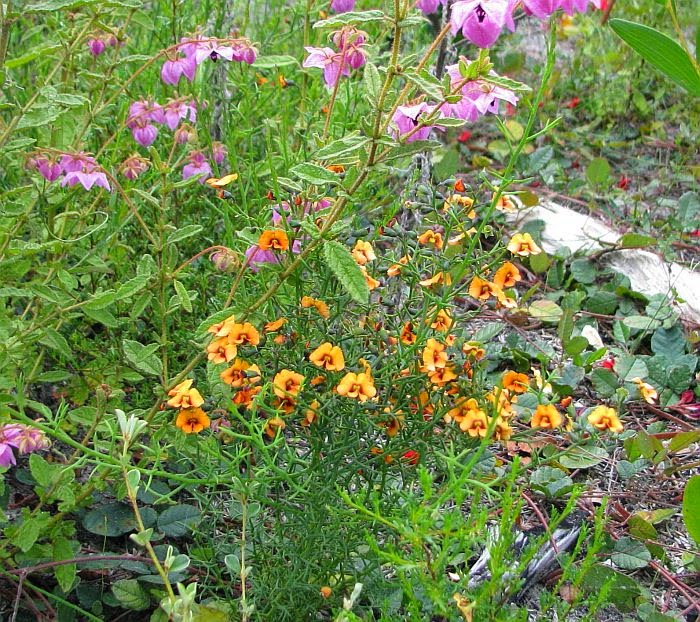 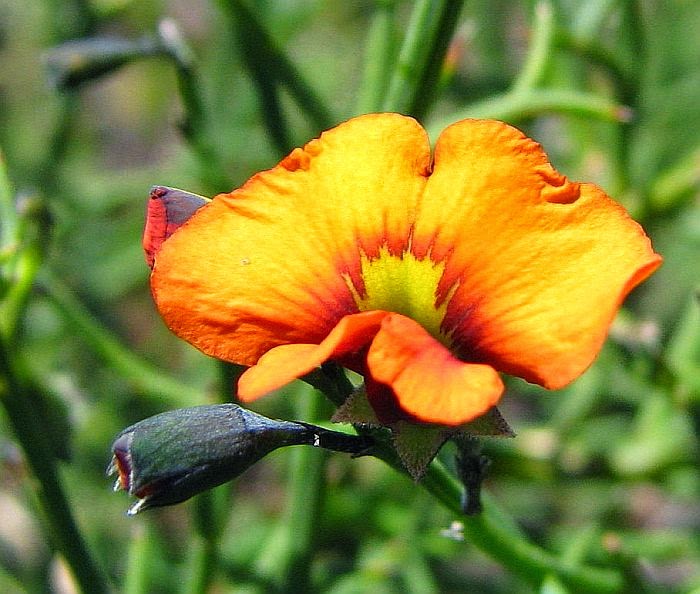 
There are a vast array of peaflowers, but Mirbelia differs from the others by having a 2-celled pod, whereby a division is created by a false septum. In the case of Mirbelia ramulosa the false septum overlaps with the projecting placentas, thereby creating a complete division and superficially forming two pods, which divide along the vertical axis. With some Mirbelia species the division may not be complete, but the pod is still distinctly divided with a row of seed on each side.

Plants in the Mirbelia genus are renown for their colourful floral displays, which depending on the species come in a variety of colour combinations; some shrubs can be very prickly, whilst others not prickly at all. Mirbelia are endemic to Australia and comprise around 20 species, which are distributed in all States with the strange exception of SA and Tasmania, although there are odd recordings in SA near the NT boarder, plus one in Tasmania that is probably introduced.

Like many peaflowers, they tend to be particularly common after bushfires, which is certainly the case with Mirbelia ramulosa. In the Esperance region this species is not common and I know it only from a single population in a Reserve, NE of the town. It may have been more common before the surrounding land was cleared for broadacre wheat production.

Mirbelia ramulosa is endemic to WA, where it prefers semi-arid conditions and is found inland to around Kalgoorlie, plus (including coastal) all the way to north of Kalbarri, but does not occur in the cooler SW corner of the State. However it seems to have a broad habitat tolerance, inhabiting deep sand to heavy loams, limestone, rocky hills and granite. There are records of this species growing to 2 metres (6’-7’) in height, but locally they are less than half that size. Flowering is recorded from June to November, although exact timing is probably dependent on local weather conditions.

Mirbelia is part of the exceptionally large and highly diverse Fabaceae family, although depending on the classification system being used, may also be included in Papilionaceae or Leguminosae.