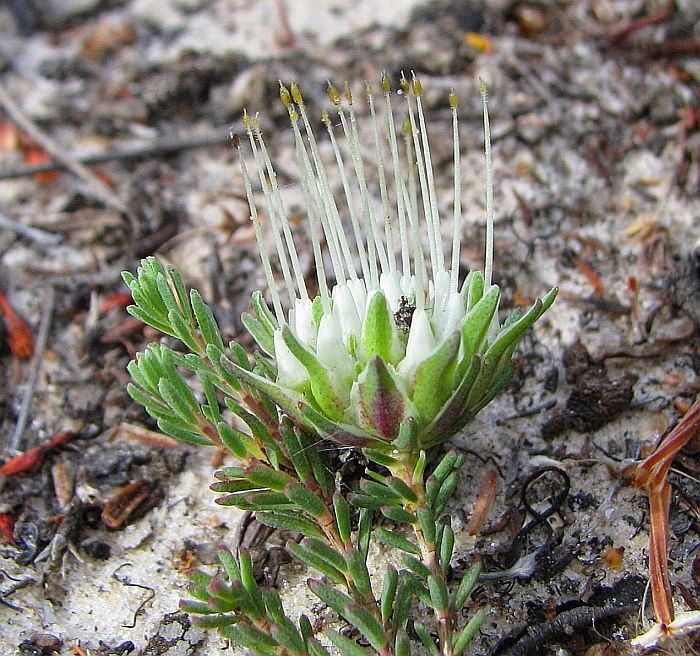 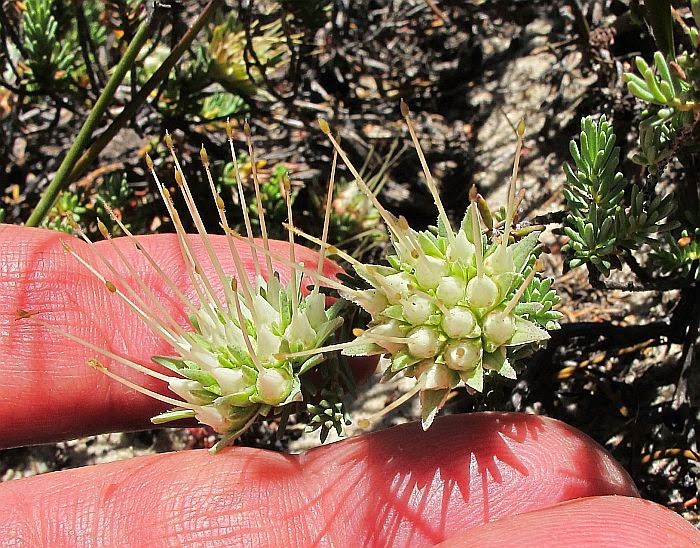 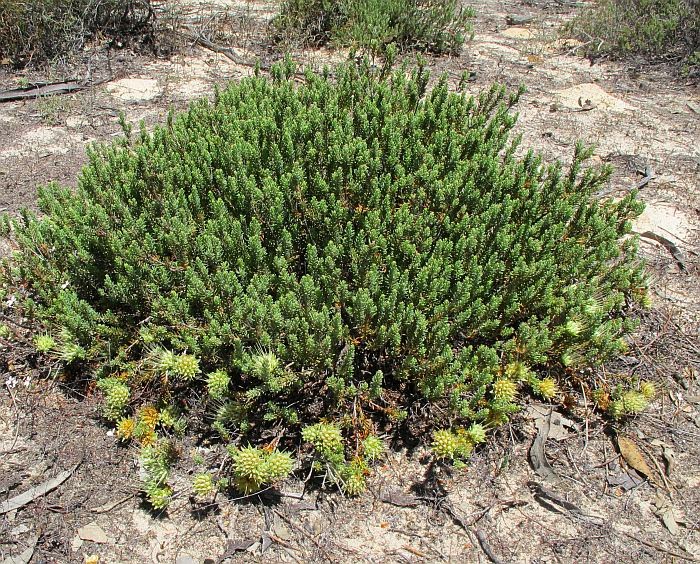 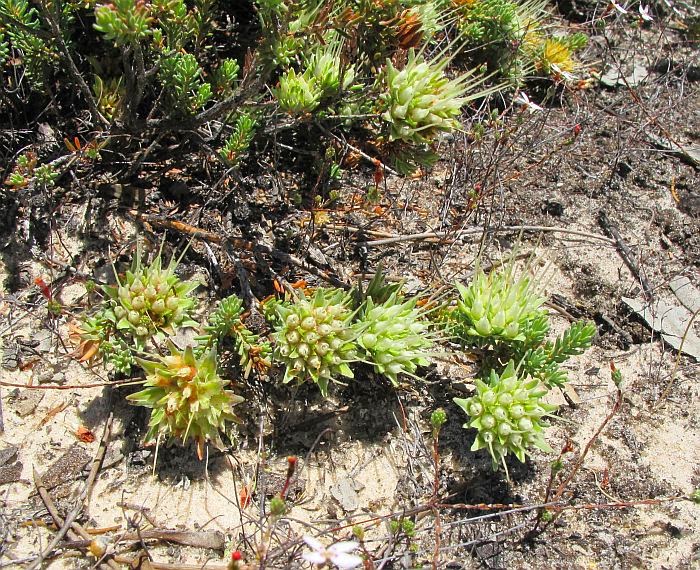 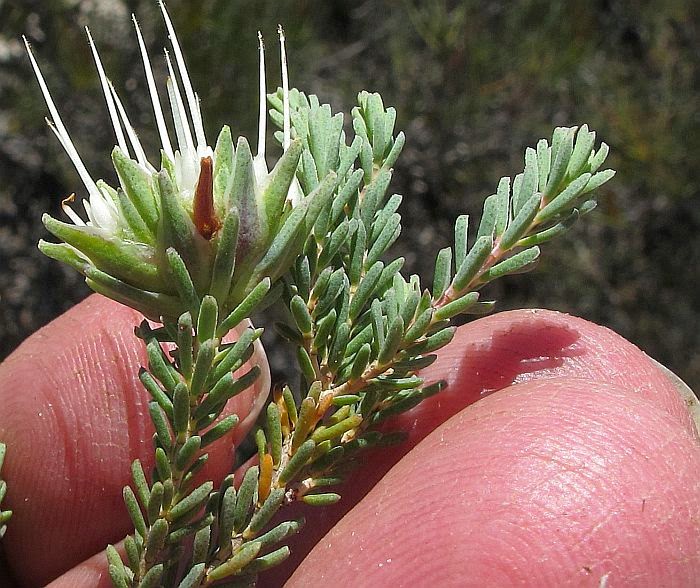 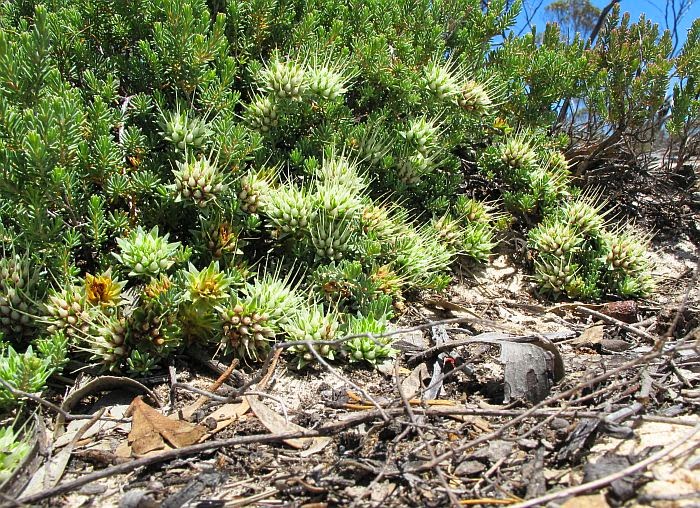 
I have listed this species before, but under the name of Darwinia sp. Mt Ney, which was an assumption on my part that was incorrect. This misidentification came to light after I recently encountered another Darwinia species around 50 km (30 miles) NE of Mt Ney that I sent to the WA Herbarium for identification, which turned out to be a new colony of the real Darwinia sp. Mt Ney.

As both Darwinia species apart from flower colour are quite different and could not be confused with each other, meant my Darwinia sp. Mt Ney became the unknown. So I sent a specimen to the WA Herbarium who identified it as Darwinia luehmannii, which upon checking in FloraBase, found it had the wrong photo for this species. So total confusion all round, but hopefully now resolved. The genus Darwinia I might add is in urgent need of revision and is currently being studied with that in mind.

Darwinia luehmannii is only known by a handful of collections to the North and one to the NW of Esperance. It currently has a Priority Two Conservation Code status, which means the taxa is known from less than 5 populations, but is not under any immediate threat.

The colony I am familiar with is north of Mt Ridley, growing in a sandy soil with various heath species (especially Proteaceae) and is part of an open mallee woodland. Darwinia luehmannii is a low spreading shrub to over a metre (4’) diameter and commonly dome-shaped to 30 cm (1’) in height. The clusters of green/white flowers are attractively arranged on or near the ground and toward the shrub's outer edge, whilst the compact blue/green foliage compliments the floral display to provide an appealing composition.

I would imagine this species to be an opportunistic flowerer, taking advantage of any moist warm periods in its normally low and often-irregular rainfall zone of around 40 cm (16”) per annum. Officially Darwinia luehmannii is recorded flowering during May, September and November, however from my observations, it would be safe to say it also flowers from September to December.

The Darwinia genus belongs to the very large and highly diverse Myrtaceae family.

My thanks to the WA Herbarium for identifying this species.
Posted by William Archer at 5:14 PM