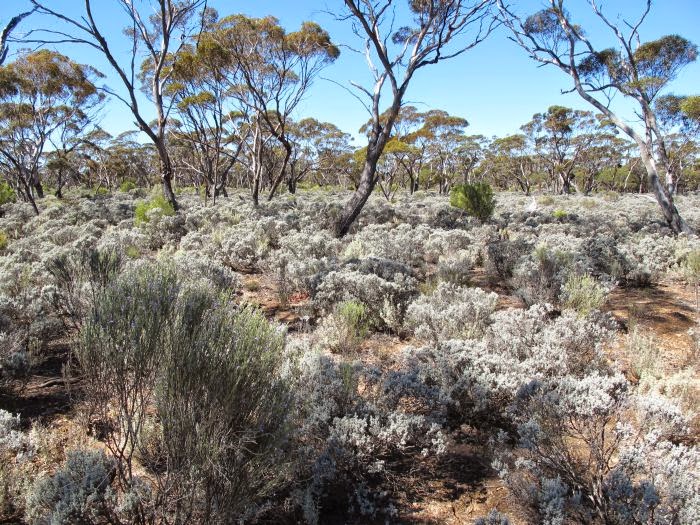 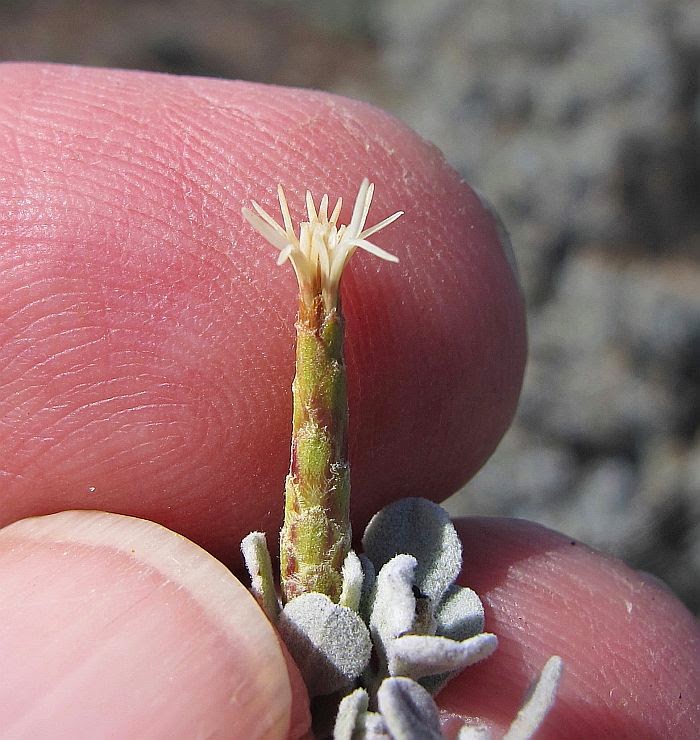 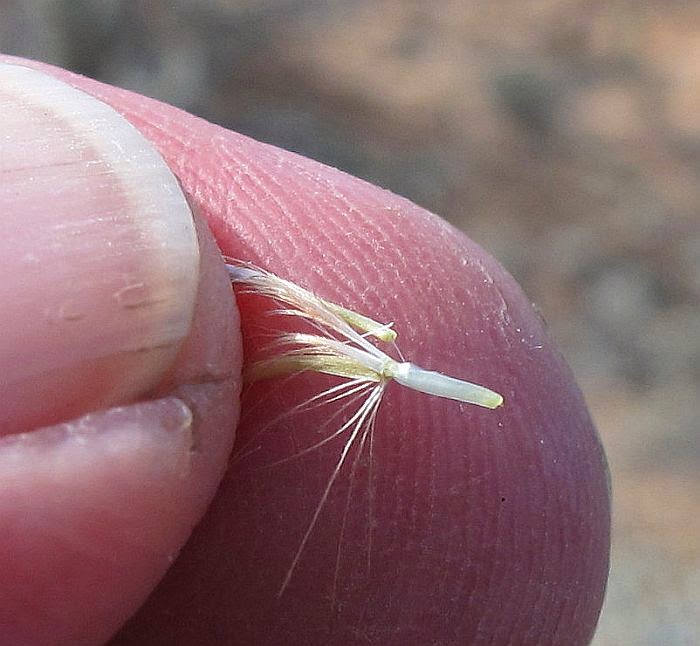 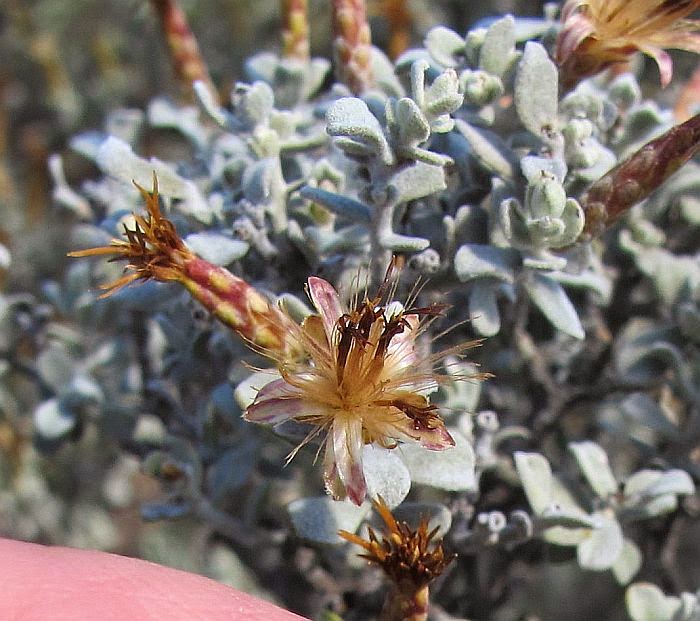 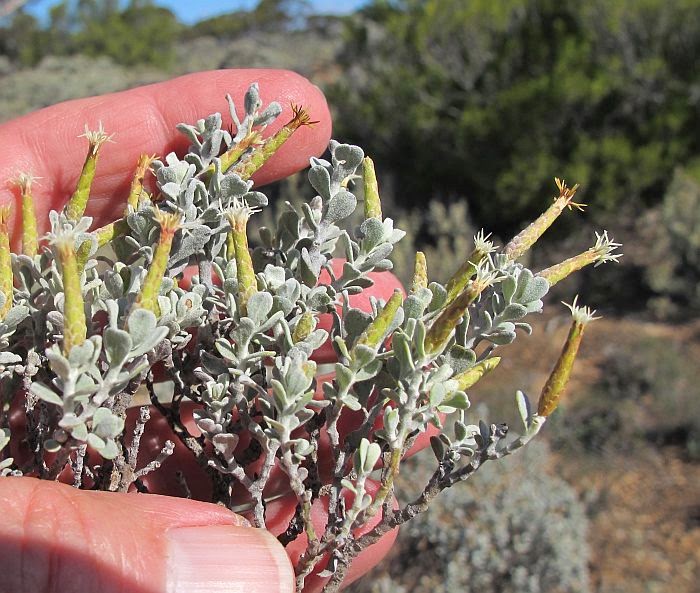 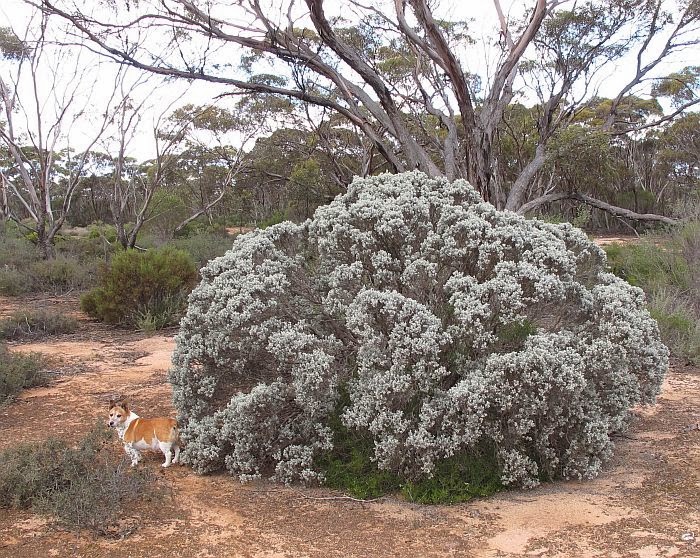 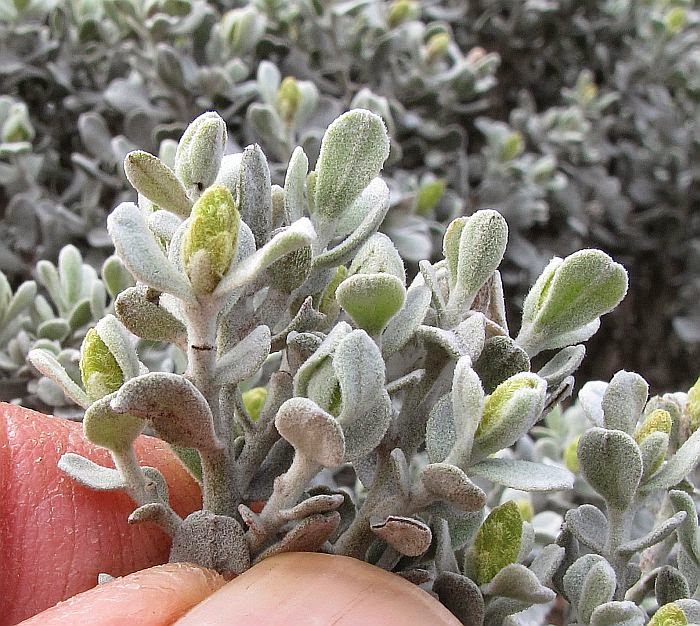 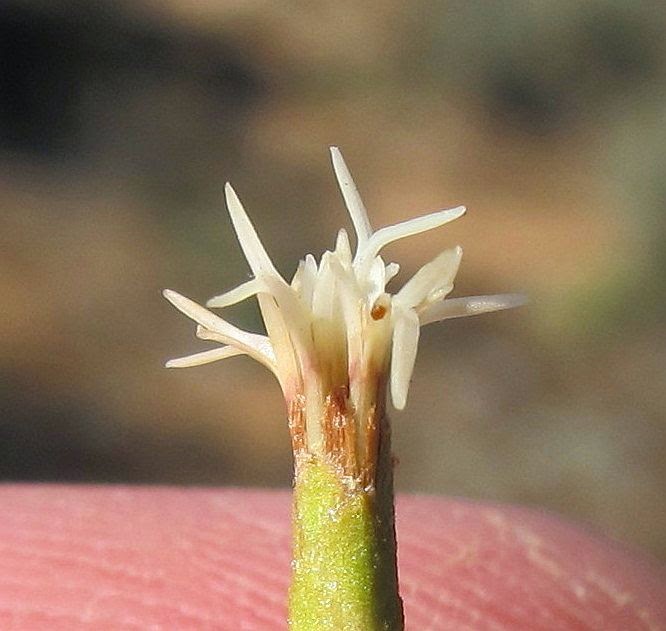 This shrub is often dominant in open mallee, on rises around saltlakes and plains where there is a fine sand/clay loam overlying limestone. The Greybush is commonly found in large spreading colonies, with most plants separating from its neighbour to create undulation and visual depth, which when combined with its bright grey/blue, woolly foliage is very eye-catching.

Cratystylis conocephala grows to around 1.5 metres (5’) and is commonly a dense, well-shaped shrub. The flowers are very numerous, but apart from their tubular shape to 2 cm (3/4”) in length, they are not graced with colourful petals, but are small and held tightly by involucral bracts, with just their tips and forked stigmas showing. When mature, the bracts release the achenes (seed) to permit them whilst still attached to their pappus (fine hairy filaments), to be carried away by the wind.

The Round-leaved Greybush grows mainly in a mallee environment from Southern Cross to Kalgoorlie and across the Nullarbor; then across the southern half of SA and just into NSW and Victoria, where regarded as rare. The white/cream flowers are produced from September to December, but the timing is probably influenced by local weather conditions.

Cratystylis conocephala is quite distinctive in the Esperance study area, although between Norseman and Kalgoorlie it might be confused Cratystylis microphylla. However that shrub seldom exceeds 1 metre (little over 3’) in height and the leaves are about half the length (4 mm or 5/32”), plus are broad linear rather than rounded like Cratystylis conocephala.

Cratystylis is part of the very large Asteraceae (daisy) family, although in some references it may be listed under Compositae.