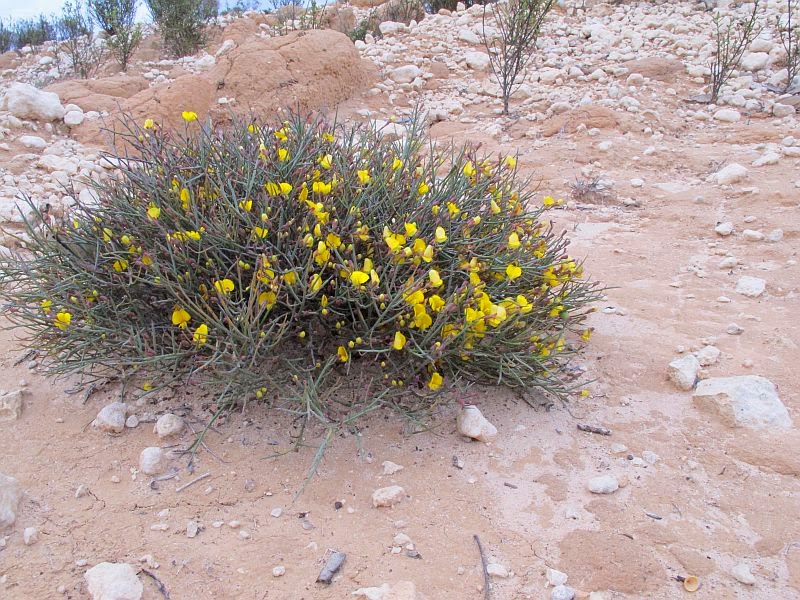 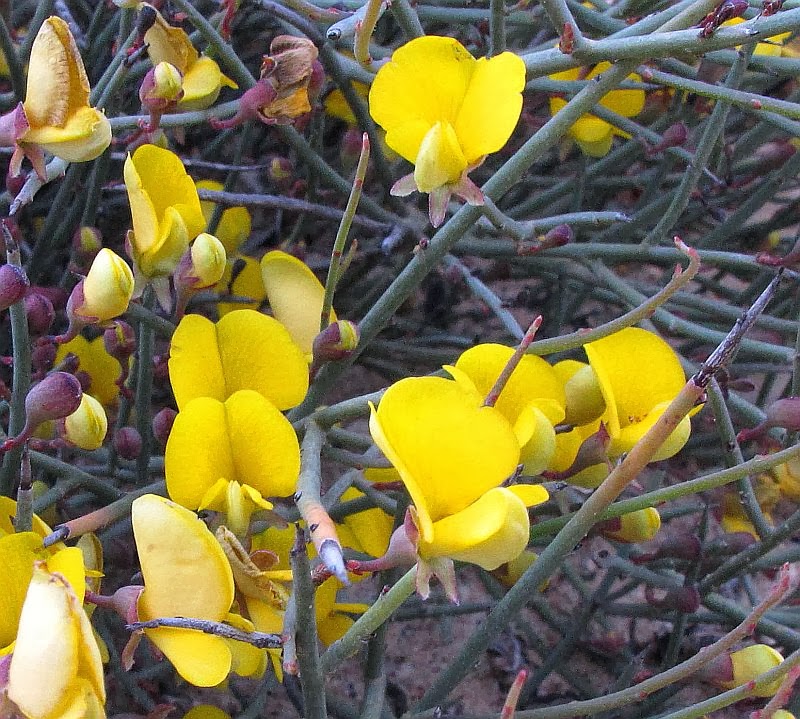 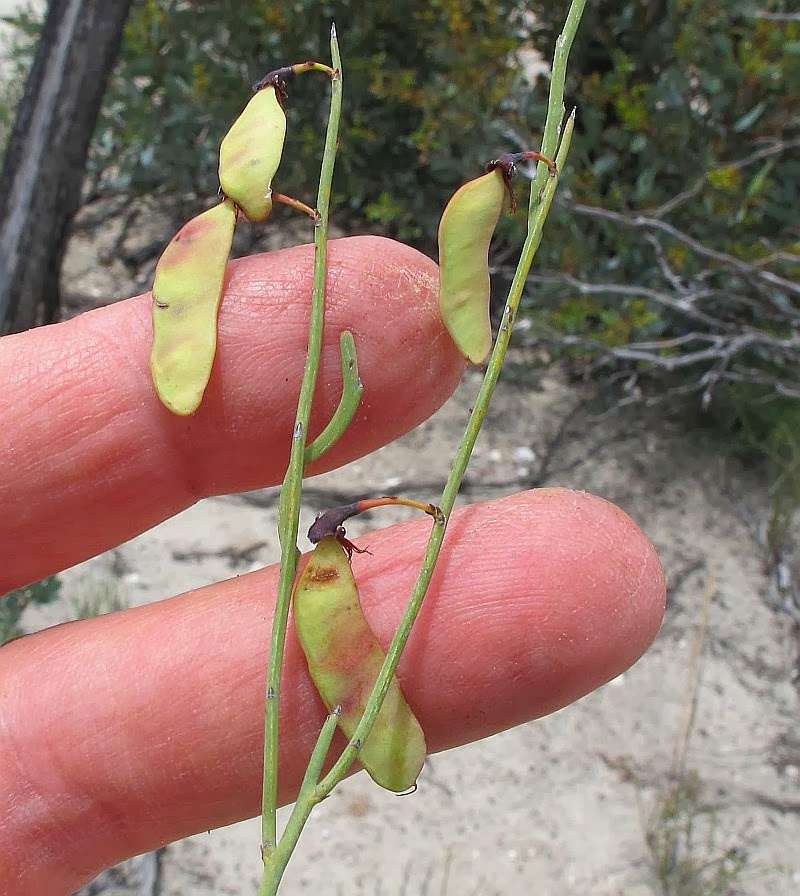 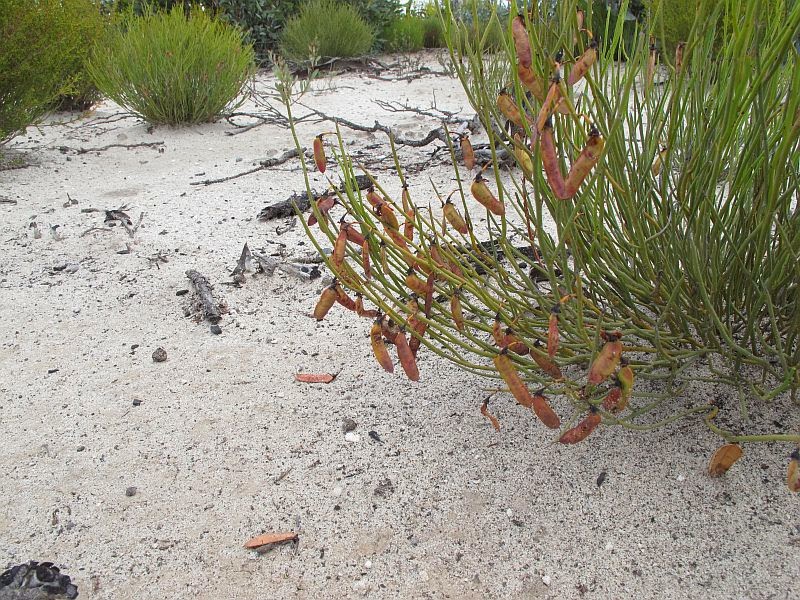 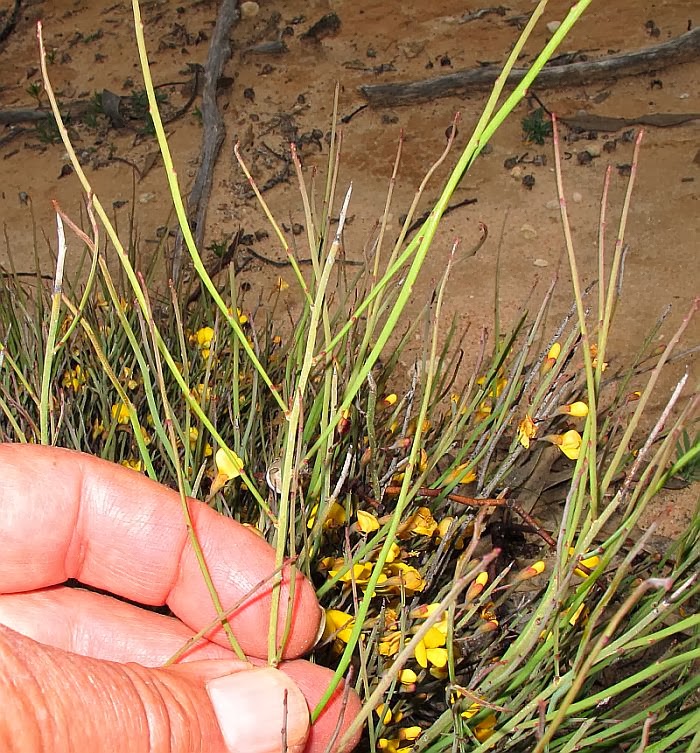 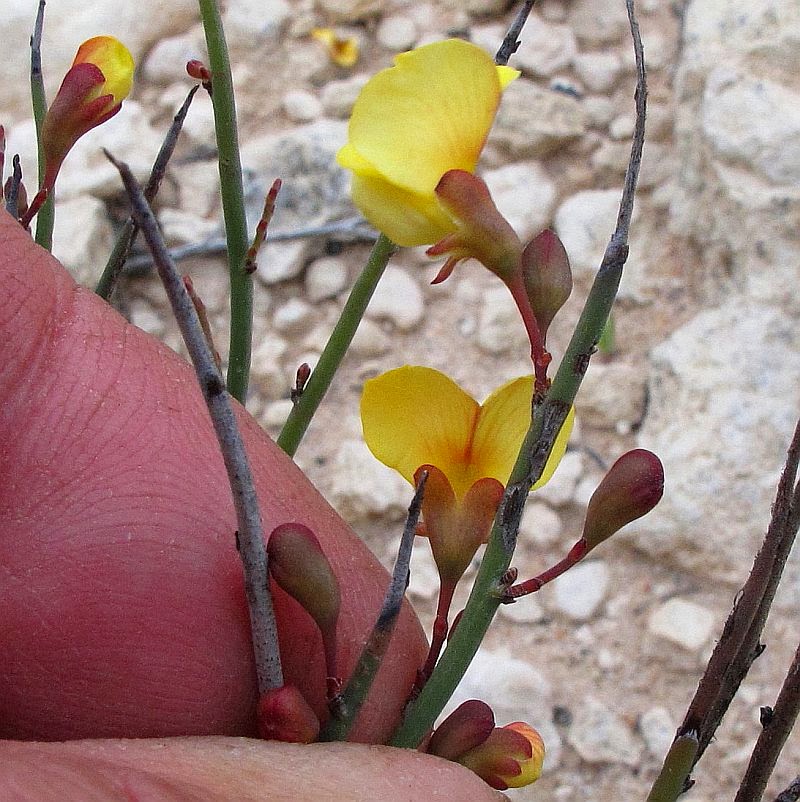 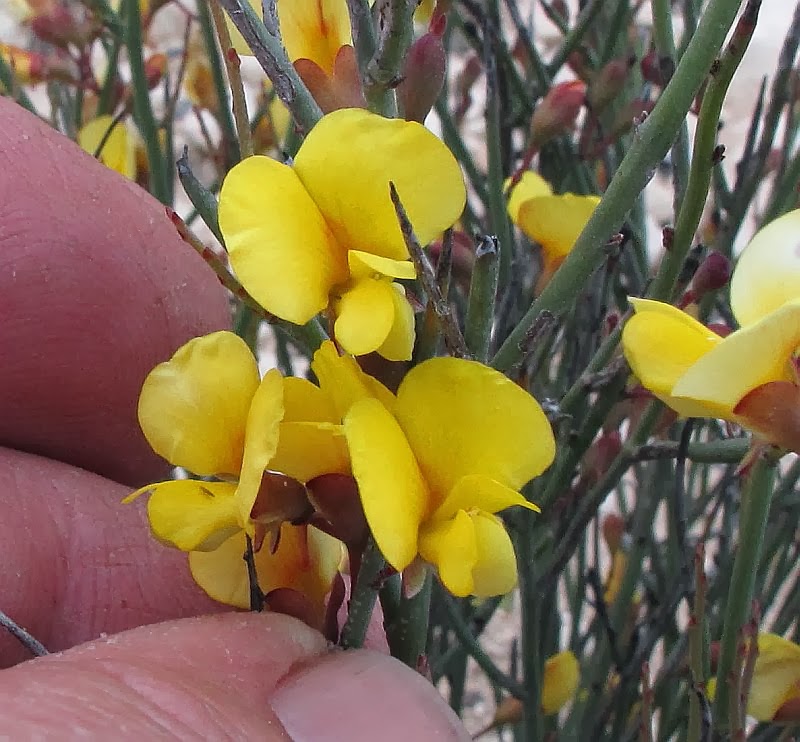 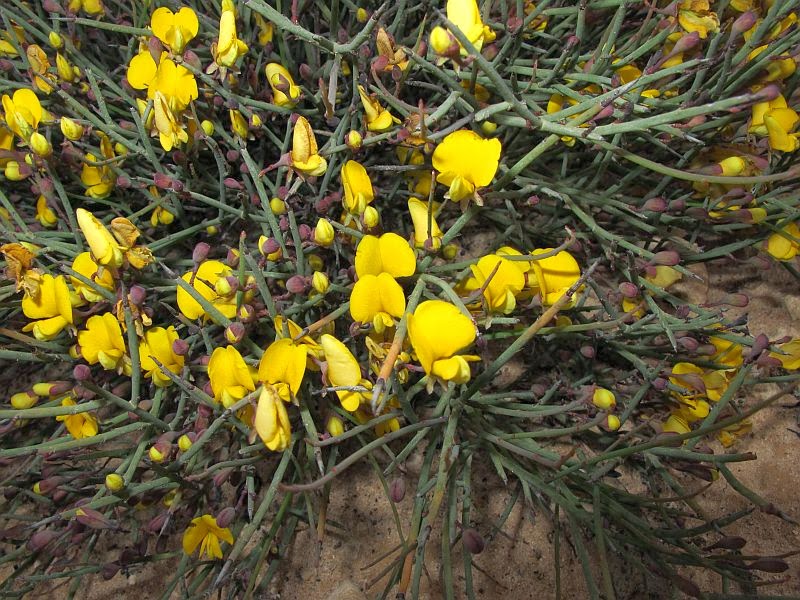 
This species is one of the many small pea-flowers common to WA.  Bossiaea leptacantha is endemic to this State and frequently encountered in mallee country as far inland as the Norseman district (around 200 km or 125 miles) N of Esperance, plus a similar distance to the NW and NE, with a few records along near coastal areas on the Nullarbor.  From my observations it favours limestone, either exposed or covered in various fine sandy loams and is particularly common on the upper portion of limestone breakaways.

The simply divided branches of Bossiaea leptacantha originate from a central rootstock and radiate outwards to form a neat low dome and despite the foliage consisting of fine branches and scale-like leaves, it forms a moderately dense shrub to ½ metre x 1 metre diameter (18”x 36”).  It is a hardy, low rainfall, mallee region plant, often found in sizeable colonies in undulating open woodland, and being a highly distinctive species is unlikely to be confused with others in the Esperance district.

The branches are silvery green, slightly flattened and function as a leaf (cladode), whilst the tips are more rounded and have a point on the ends, which are a little prickly but not viscously so.  The numerous bright yellow flowers have broad upright standards and may occasionally have thin reddish striations.  These can bloom anytime between July and December, but are subject to local weather conditions.

Bossiaea is a member of the large and highly diverse Fabaceae family, although some authorities retain it under Papilionaceae, as do earlier references.