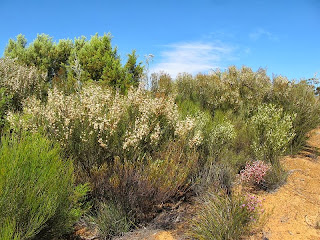 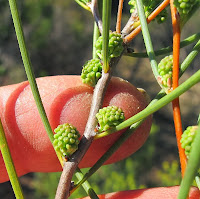 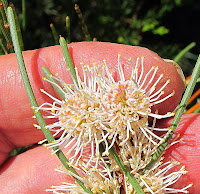 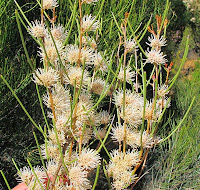 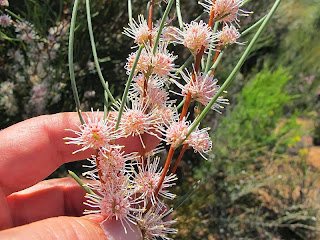 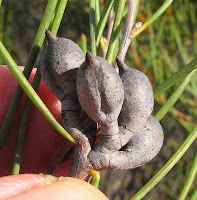 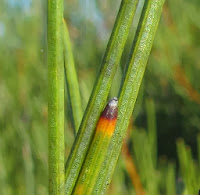 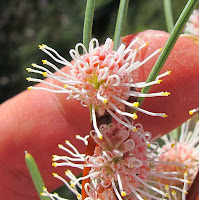 Hakea meisneriana
This is the 27th Hakea I have posted here and although still a few to go, I am beginning to reach the end. The Esperance region is especially rich in this genus where they have colonised most habitats, although Hakea meisneriana only just makes it into my search area, being around 140 km (90 miles) NW of Esperance in the Lake Tay region, but is more common to the northwest.
Locally it favours gravel soils, sometimes with a yellow sand covering, where found in small-scattered colonies that are difficult to spot (merging into other vegetation) unless the plant is in flower, when it then stands out magnificently. The flowers are positioned in clusters in the leaf axils and all bloom pretty much together to produce a most impressive display.
Hakea meisneriana is commonly around 2 metres in height, but can grow to 3 (10’). It has terete leaves, but they have 6-10 pronounced veins, thereby producing a multi-sided shape in cross-section, the leaves are from 60–150 mm in length and held near vertically (broom like), as are the branches. They are slightly prickly, but not excessively so.
The hard woody fruits are noticeably small when compared to most other species, recorded to 2 cm (3/4”) in length, but shorter in the local form. The flowers with most shrubs are white/cream, but an attractive pink form was also encountered. This species is known to bloom between September and November, with the above in bud early September and in full flower early October.
The Hakea genus is a member of the large and diverse Proteaceae family.