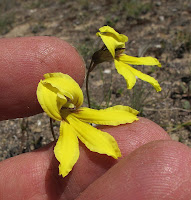 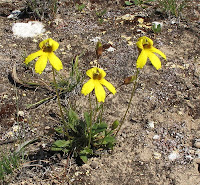 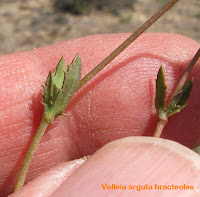 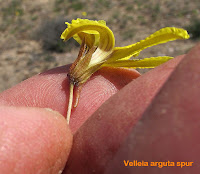 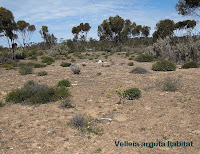 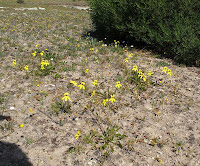 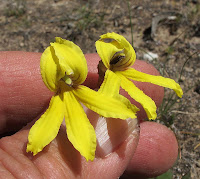 
This attractive small perennial with large sulfur yellow flowers is not widely distributed in WA, being restricted to the Mt Ragged region (150 km ENE of Esperance) and the Nullarbor, growing in dry alkaline soils over limestone. This calcareous habitat is considerably more common in South Australia and consequently this plant is more widely distributed there, plus also extends into outback NSW and Victoria.

Plants in the genus Velleia belong to the Goodeniaceae family and can be easily confused with not only other species within the genus, but with species in other genera. To identify it is important that the number of ovules (embryos or immature seeds) within the ovary are ascertained, which with Velleia are winged and number more than 2; the anthers should be free from each other and the style not divided. Couple these features with a free corolla tube, or mostly free from the calyx and the result represents all plants within the Velleia genus.

To separate Velleia arguta from other Velleia species, the bracteoles are free from each other, as are the sepals (see photos above). Finally the flowers are yellow and longer than 1 cm (3/8”), with each corolla lobe (petal) being of similar length. The long spur at the flower base will confirm identification.

The flowers above were around 2 cm (3/4”) in length, whilst forms elsewhere can be considerably smaller. In an average year flowers in WA are produced from August to October, but in NSW July to January is the recorded period, so obviously local climate and rainfall will play a major role in regards to timing and duration.