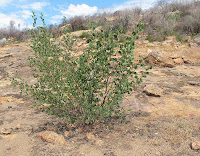 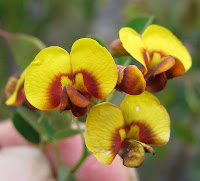 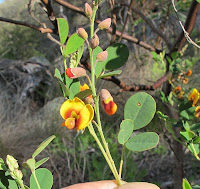 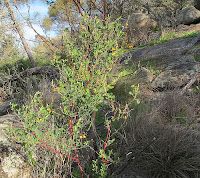 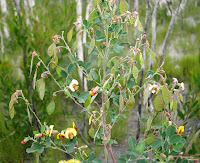 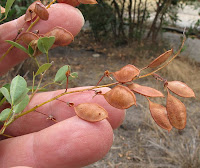 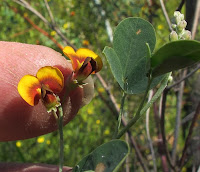 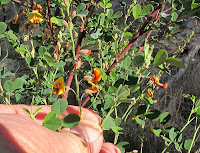 
Goodia is a small genus in the Fabaceae family and named after Peter Good a Kew (UK) gardener who came to Australia with Robert Brown (botanist) during the early days of settlement. He collected seed that were sent back to Kew and from which the germinated plants were formally described. The species name of medicaginea refers to the trifoliate foliage likeness of the introduced Medicago plants, such as Lucerne, Medic, etc.

Goodia medicaginea is generally found on, or near granite outcrops, where rainwater run-off will provide additional moisture in the drier environment, whereas Goodia lotifolia is more widespread in its milder conditions and can be encountered in a greater variety of habitats. In Western Australia only Goodia medicaginea occurs, but can also be found in compatible drier regions of SA.Vic. NSW and Qld. Goodia lotifolia only grows in Vic. NSW. Qld. and Tas.

In WA Goodia medicaginea tends to be an upright open shrub to around 2 metres (6”-7’), although it can be taller in sheltered locations. It is commonly encountered on the upper slopes of large granite outcrops, where fallen rocks and boulders have collected and trapped pockets of soil. Being sensitive to moisture availability, flowering time is governed by local rainfall, whereby they can either flower for a long period with regular rainfall, or in stops and starts when less so. The flowering period is anytime between August and November.