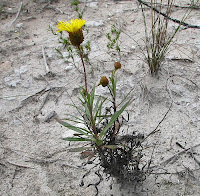 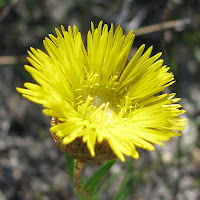 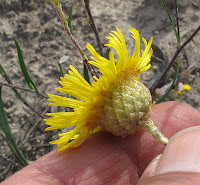 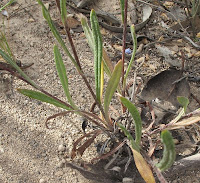 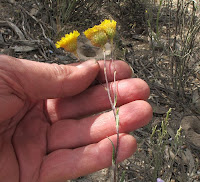 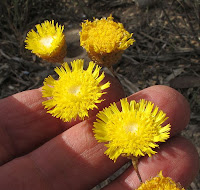 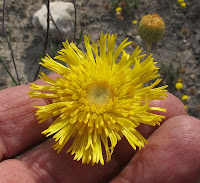 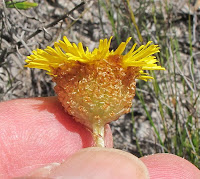 
In Western Australia, Asteraceae is the family of all plants with daisy-type flowers, but elsewhere they may be listed in the family Compositae, the reason dependent on the classification system being used by the local botanical authority. Podolepis is quite a distinctive genus of around 20 species that is endemic to Australia and widely distributed throughout the country, especially in fire prone districts. In WA it is mainly a coastal or near coastal species from Walpole (west of Albany) to across the Nullarbor, but is also scattered inland around the Kalgoorlie region.

Podolepis rugata is reasonably common and occurs across the southern portion of the country in WA, SA and Victoria. It has two varieties, var. rugata that is found in all three States, but is apparently rare in WA, plus var. littoralis that is only known from SA. However in WA most populations are known only as Podolepis rugata, which probably differs from the two varieties, suggesting they are either not fully accepted by the WA botanical authority (WA Herbarium), or the relationship of the WA species has not as yet been determined.

The Podolepis genus is easily separated from others in this large family by the broad involucral bracts that are shiny, thin, dry and often wrinkled. With Podolepis rugata, these bracts around the yellow flowers are deeply wrinkled and obtuse at their tips. Similar looking species have pointed involucral bracts, or are not wrinkled, and/or have different coloured flowers.

This species with the common name of Pleated Podolepis due to the prominently wrinkled bracts, favours alkaline soils and can be quite common after fires or soil disturbance in stabilised tertiary dunes. In the mallee it is found on light soils overlying limestone, but can also be encountered around low-lying granite outcrops, although these often have a thin limestone stratum over the granite. These drier inland habitats indicate an enhanced moisture requirement that can be gained from additional run-off or light seepage from the limestone or granite environment.

The flowers are quite impressive, being around 2.5 cm (1”) diameter and initially a bright yellow, but later maturing to golden hues. Flowering is recorded from July to January although this would depend on local weather conditions, with August to November in the Esperance region being a reliable period particularly a year or two after a bushfire.