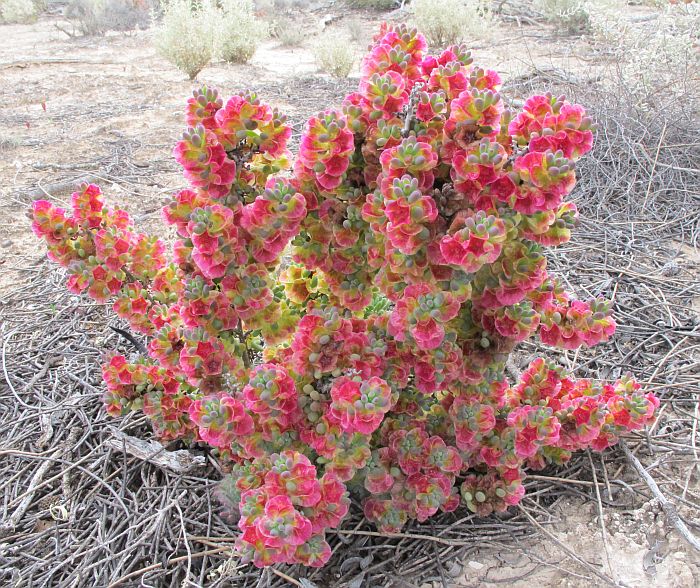 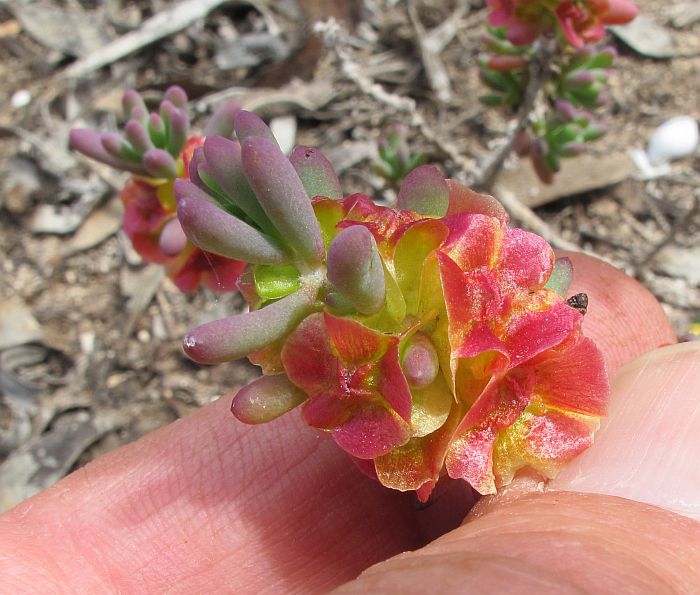 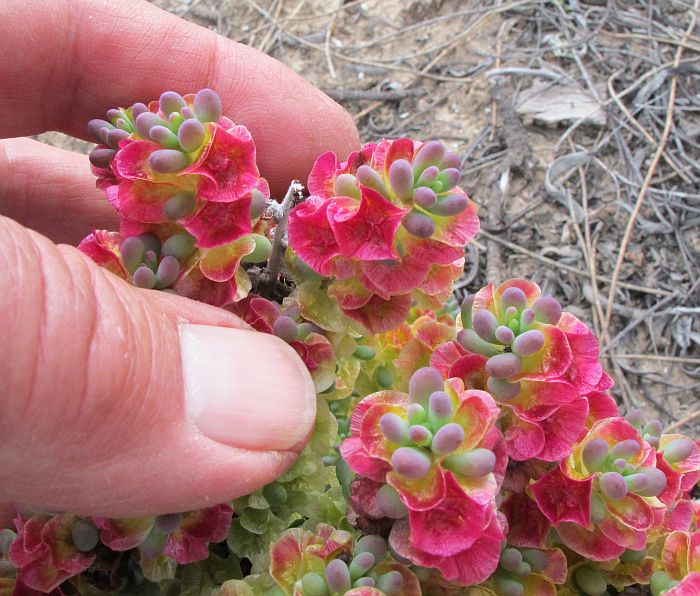 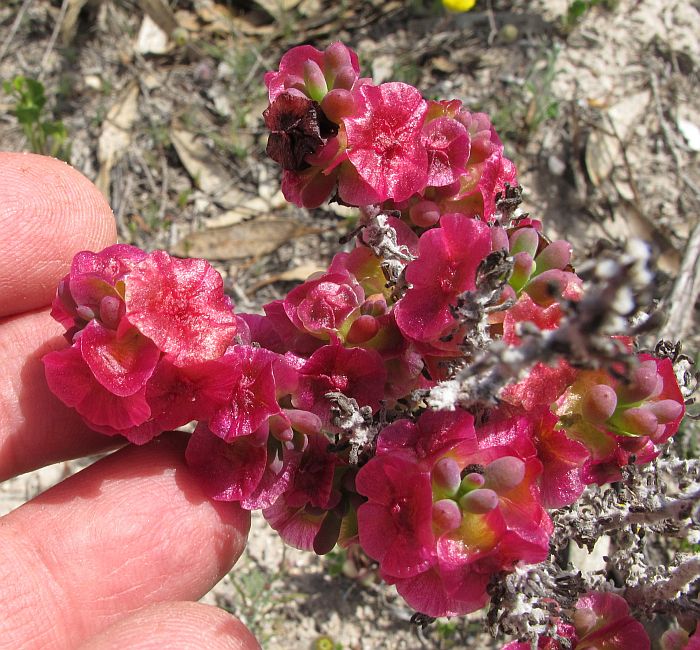 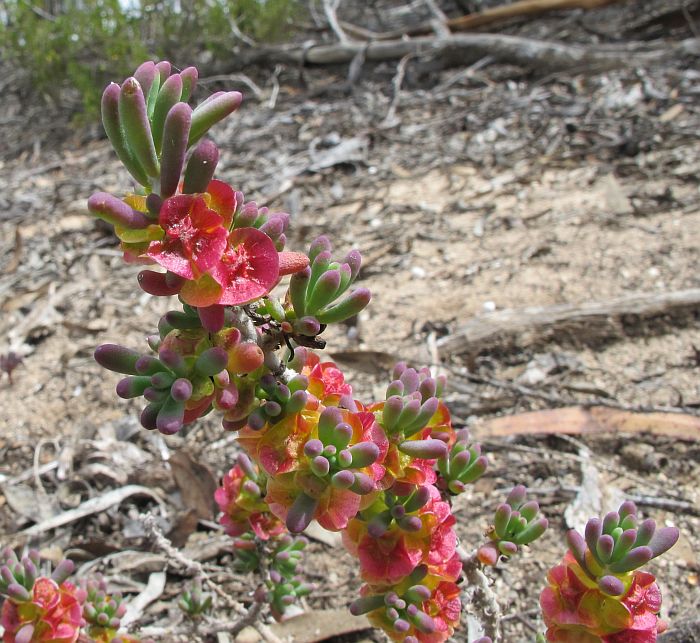 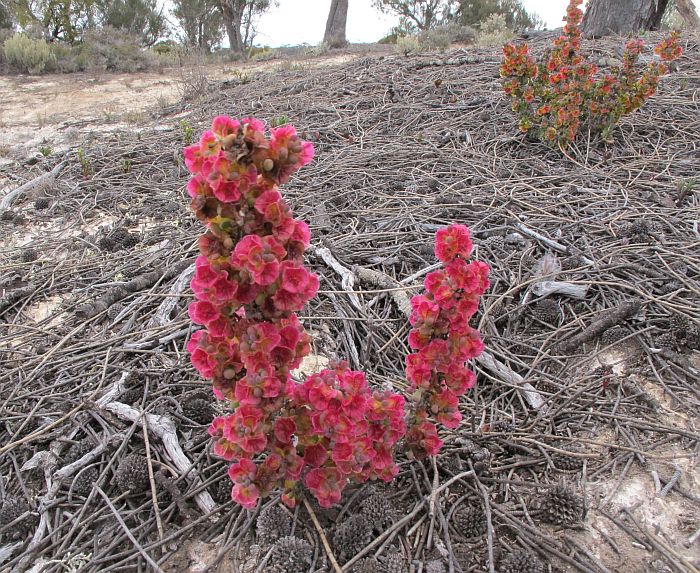 The Maireana genus (also known as Bluebushes) is part of Chenopodiaceae, which is a large diverse family containing a substantial number of plants that grow in saline and/or calcareous environments. Such habitats are found around the coast, in saltmarsh, saltlakes, around the edges of salty streams and lakes, or over limestone. Maireana erioclada favours the inland region in well-drained environments, some of the photos above were taken of plants growing on deep gypsum mounds that are exceedingly dry places; they also prefer open habitats so 1-2 years after soil disturbance or a bushfire can have plants making an appearance.

Maireana have small flowers that are surrounded by a horizontal wing/wings and sometimes with appendages above and additional wings below. These are collectively known as a fruiting-perianth as they persist and continue to develop after the flower has finished and the seed has formed. Although the flowers are small and largely insignificant, the wing arrangement is the ornamentation and secondly the fleshy or succulent bluish foliage.

Maireana erioclada grows to around 60 cm (24”) in height and is found in WA from the NE of Albany to Kalgoorlie, then across the Nullarbor to SA, Victoria and outback NSW. This species in this genus is one of the most attractive, with initially spectacular golden yellow perianths that age crimson and can completely obscure the foliage (later to grow through). The shapes of the perianth wings are quite distinctive to each species and a major classification feature; another (for this species) is the appressed white woolly branches, plus the leaves are succulent and club-shaped.  August to October would be the best time to see this colourful species.