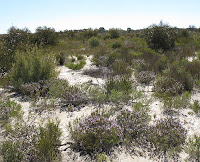 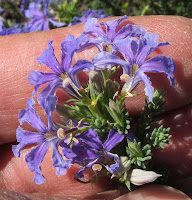 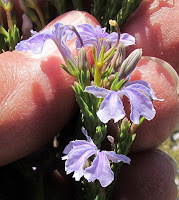 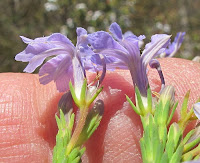 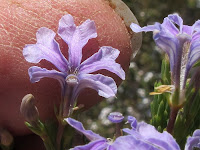 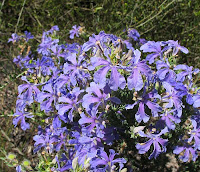 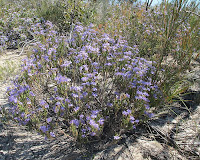 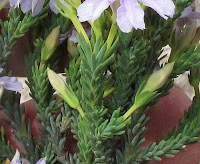 
The Goodeniaceae family is large and diverse with many species only germinating after a bushfire, Lechenaultia papillata is one such plant and will commonly do so in compact colonies of several hundred plants. These will usually disappear after 2-4 years and will not reappear until another fire has been through. I don’t think this species is particularly short-lived, but it grows on the edge of its habitat and when conditions exceed these, they simply die.

Lechenaultia papillata prefers fine sandy clay loams, or silty loams, particularly in low-lying areas such as hollows or where there is sub-surface moisture, often over limestone in the inland mallee region NE and NW of Esperance. Here it blooms during October and November, both notorious months in these dry inland habitats for their unreliable rainfall. Therefore when a dry year comes around, which it does regularly, these Lechenaultia die out and as they only germinate after fire, are completely absent for a number of years with their seed awaiting another fire, followed by good rainfall.

This species is called L. papillata because of the papillae (tiny round bumps) that cover the leaves. Unless you have very good eyesight, you will probably need a magnifying glass to see them, although they can just be seen in one of the photos above. This is the only Lechenaultia with this feature.

Lechenaultia papillata grows to around ½ metre (20”) in height and has light blue, to a mauve blue flowers, but not dark blue that are distinctive to couple of other local Lechenaultia spp. that I shall detail shortly. The leaves besides being papillate are fleshy, densely crowded and less than 4 mm in length. Despite some Lechenaultia species in the Esperance district appearing like the popular garden plant Lechenaultia biloba, that species does not occur here.

Posted by William Archer at 8:31 PM