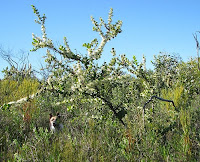 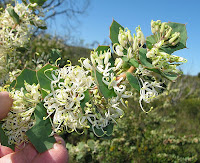 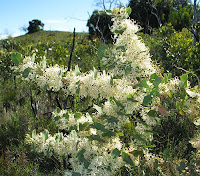 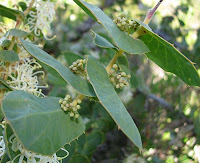 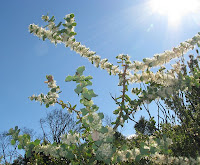 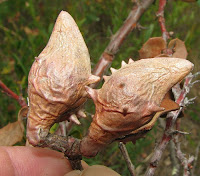 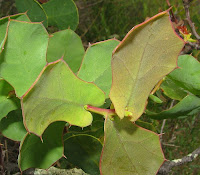 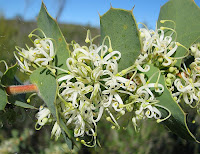 A very adaptable and widespread Hakea, growing in a variety of soils from calcareous and non-calcareous sands, to gravel, clay and just about everything else. With such diversity of acceptable soil types, compatible habitats are also very diverse as evidenced by its occurrence from Israelite Bay to north of Geraldton, a distance (as the crow flies) of 1100 km (680 miles) and much further via the coast. Although extremely widespread it is not overly dominant and usually found as scattered small colonies, but is likely to turn up anywhere to the south of the limestone substrate mallee region (Wheatbelt and coastal districts).

Despite the species name of prostrata, it mostly forms an open untidy shrub, branching from ground level to around 3 metres (10’) in height, although locally it seldom exceeds 2 metres (6’6”). When not in flower, Hakea prostrata bears a superficial resemblance to Hakea denticulata, although that species is bushier, plus the leaves are a little smaller and not stem clasping. However, the leaves of Hakea prostrata are likewise very prickly and care needs to be taken to avoid contact.

The fruits have a few hard (non-prickly) projections, but are otherwise reasonably smooth and open annually to release the winged seed, after which, they too usually fall from the shrub. The flowers are insect pollinated and bloom prolifically anytime from July to October, although locally August/September would be their main period.

Posted by William Archer at 5:56 PM