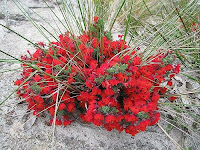 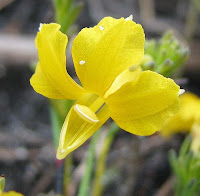 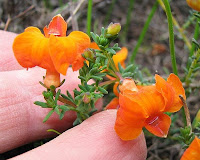 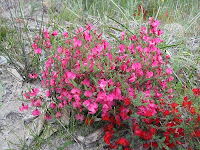 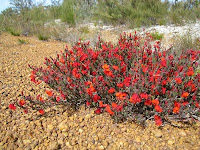 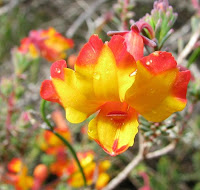 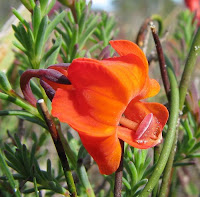 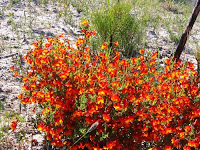 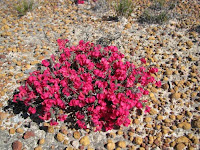 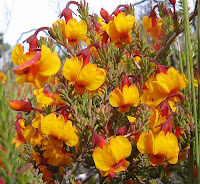 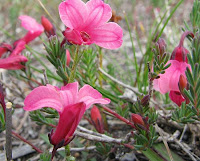 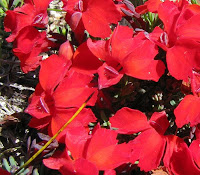 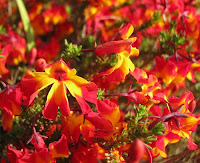 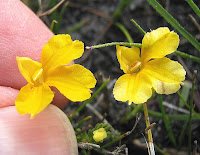 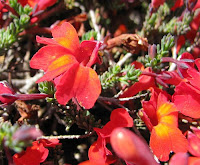 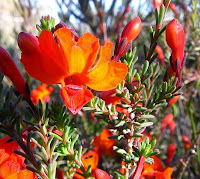 Goodeniaceae is a family of fan-flowers, ie with spreading petals in the shape of a fan. They are often highly colourful small shrubs and non-woody plants (herbs), but the most outstanding species with the greatest spectrum is Lechenaultia formosa. This plant is commonly called the Red Lechenaultia, but it comes in many colors from yellow to scarlet and every hue between, and these are not flat colors either, but like deep velvet as you peer into them the colors become richer or shift to other tints.

Although brilliantly colored and often exotic in appearance, many Goodeniaceae are very weed-like appearing in large numbers after fire or soil disturbance. Lechenaultia formosa likewise often grows in large rambling colonies, and if the habitat remains open and free of introduced weeds, particularly grasses, they will continue to grow and flower for many years.

Lechenaultia formosa is very widespread in southern WA from the coast to mallee regions, growing in non-calcareous sand or gravel soils. It is however a moisture loving plant and generally occurs in low-lying or ephemeral seepage zones that may flood after heavy rain, but will slowly drain rather than evaporate.

Depending on the timing of seasonal rainfall, flowering can occur between May and November, but when conditions are suitable, plants will produce considerable numbers of flowers the size of your thumbnail over several months.

Posted by William Archer at 4:39 PM