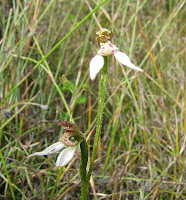 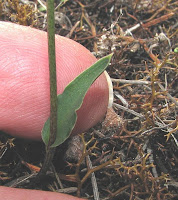 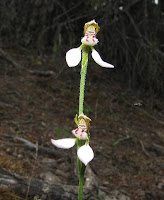 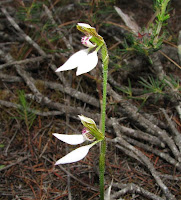 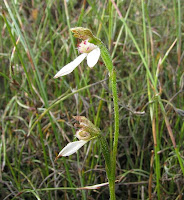 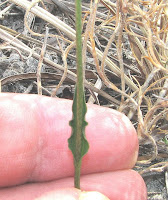 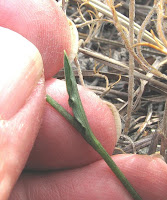 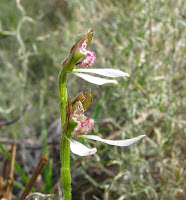 The Bunny Orchids (Eriochilus) have had a very chequered classification history, some being lumped together, whilst others separated into different species or subspecies. The Wavy-leaf (my label), subsp. undulatus, is one of the easiest to identify by simply looking at the leaf which is undulate or wavy edged. The leaf variation and size is apparently a very important diagnostic feature in the latest round of classifications, so when these very common and widespread orchids are encountered and if you are wanting to pinpoint the species rather than just calling it a White Bunny Orchid, you must first check the leaf, which will be between a quarter and a third the way up the stem from ground level.

Habitat is apparently another important factor that must be taken into account with these orchids, as some species or subspecies only occur in certain environments. Eriochilus dilatatus subsp. undulatus occurs in a variety of habitats and in the Esperance region is found in mallee regions on and around granite outcrops, saltlakes and shrubland, or on calcareous sandy soils over limestone closer to the coast.

Plants grow to around 25 cm or 10" in height, with 1-3 flowers. Flowering is recorded from April to June, but the timing locally is dependant on seasonal rainfall.

Posted by William Archer at 2:52 PM