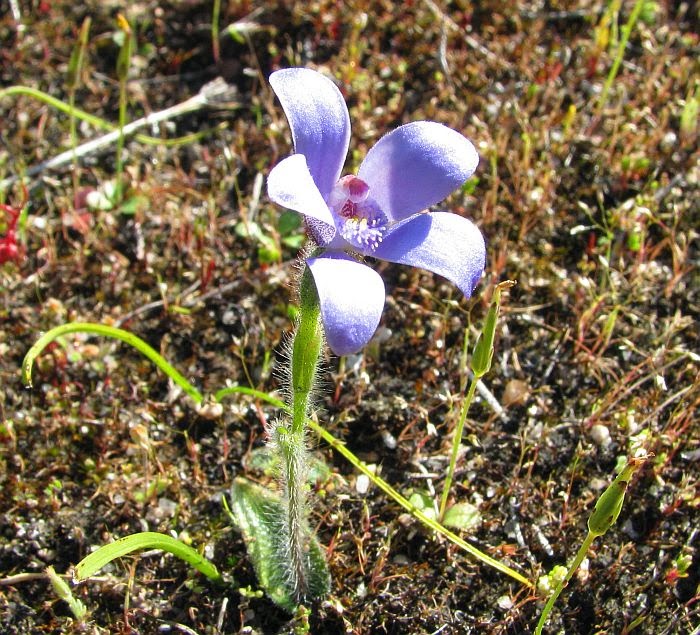 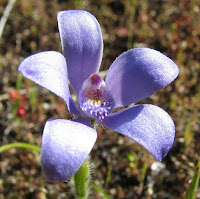 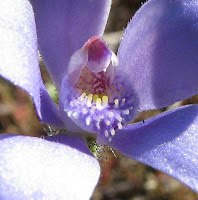 
A few scattered collections are recorded from or near granite outcrops between the Fitzgerald River National Park (west of Esperance), to Israelite Bay (east of Esperance) and inland to Mt Ridley. They appear very similar to the Blue China Orchid, Cyanicula gemmata, but differ by having "pale blue coloration and tall cylindrical labellum calli." The intensity of the blue coloration from my observations is extremely variable, so identification from that aspect alone would be misleading, but combined with the granite habitat and the long cylindrical calli, it becomes more diagnostic.

The notation in the publication Orchids of Western Australia by Andrew Brown et. al. also states that this china orchid will flower without the influence of a bushfire. The single sizable colony (50-100 plants) I observed, occupied an area approximately 15 metres x 2 metres (50' x 6') to the east of Esperance, the other consisted of only 2 plants on another granite outcrop 30 km further east. Both colonies were growing on granite outcrops that had not been burnt for several years.

Flowers are around 4 cm (11/2") diameter with variable tepal widths (sepals and petals) and are recorded flowering from September to early November. My sightings were in late September (main colony) and mid October when all were in full bloom.

Posted by William Archer at 1:24 PM