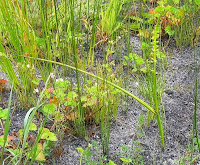 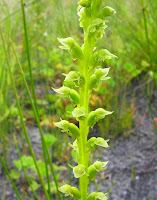 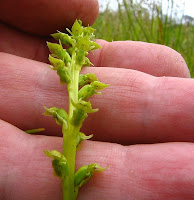 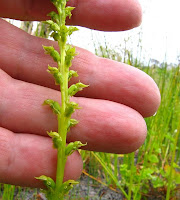 Growing from 200 mm (8") to 600 mm (2') it is highly variable in size, but still easily recognisable by the spaced flowers along the stem. Plus more importantly by the large labellum that is pressed against the prominently stalked ovary.

This onion orchid is more common after a summer bushfires, but can still be found in low-lying areas without this influence. It is a widespread orchid, however where I am to the east of Esperance, I have not found it in large colonies, but only in scattered small groups. Flowering time is recorded from November to January, although here it seems to be earlier, being from October to December (possibly due to a more open and harsher environment than the SW of the State where it also occurs).