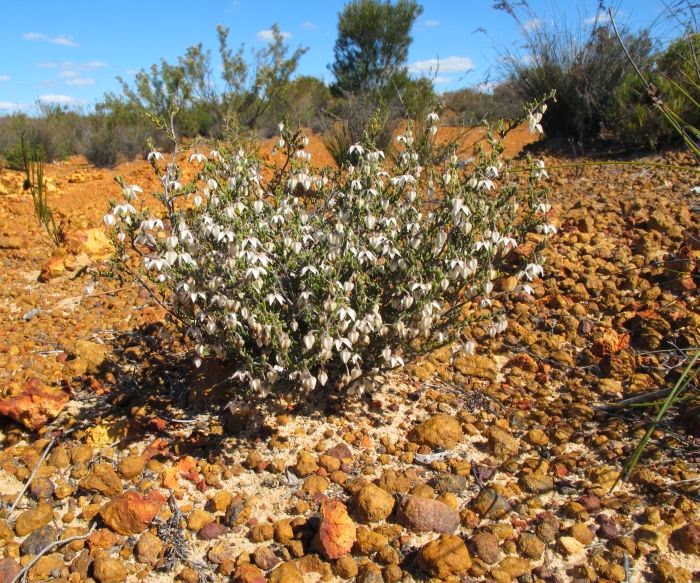 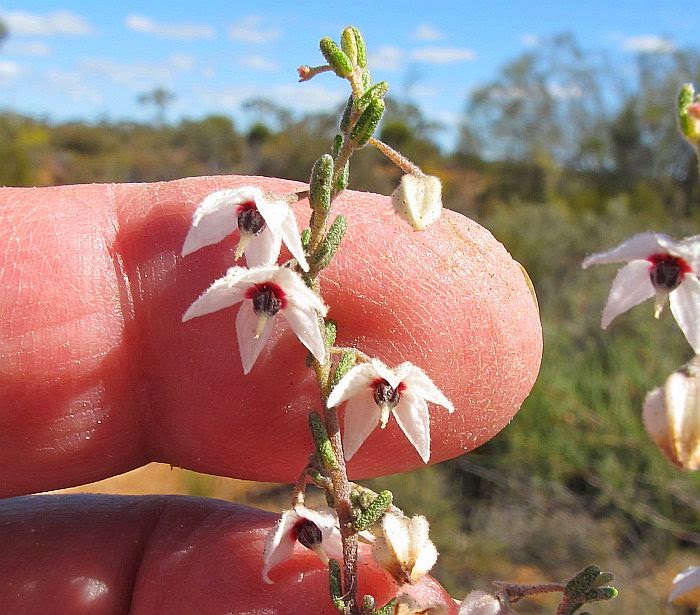 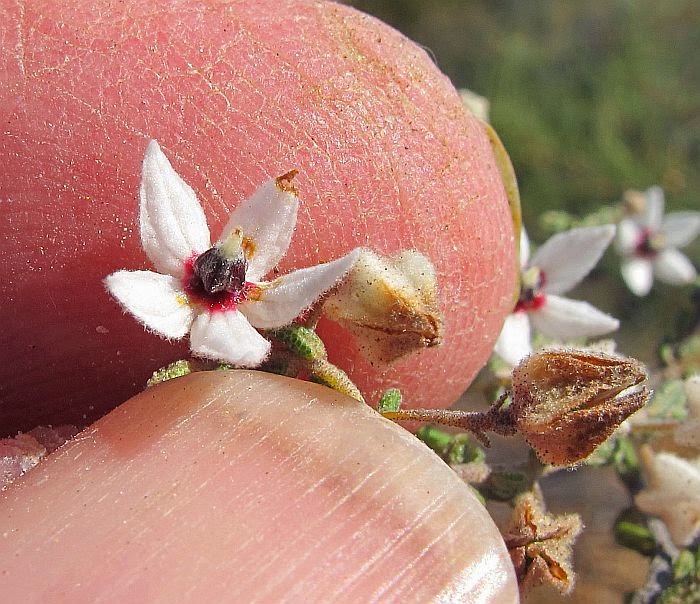 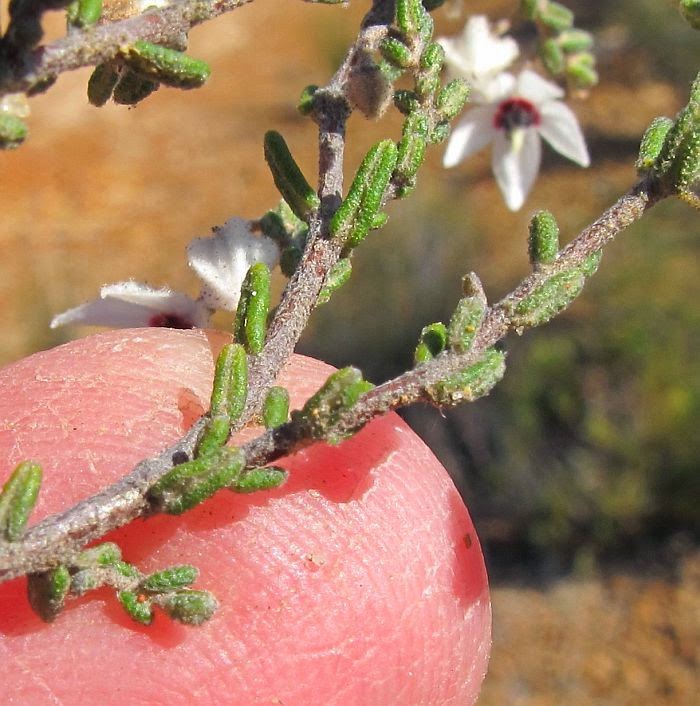 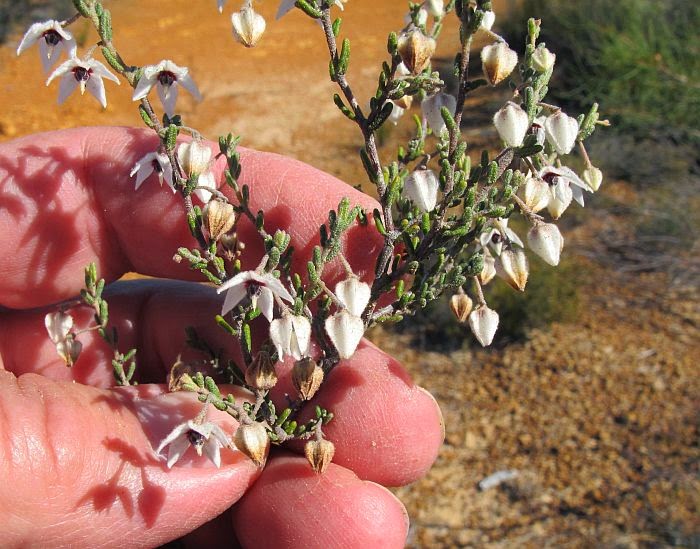 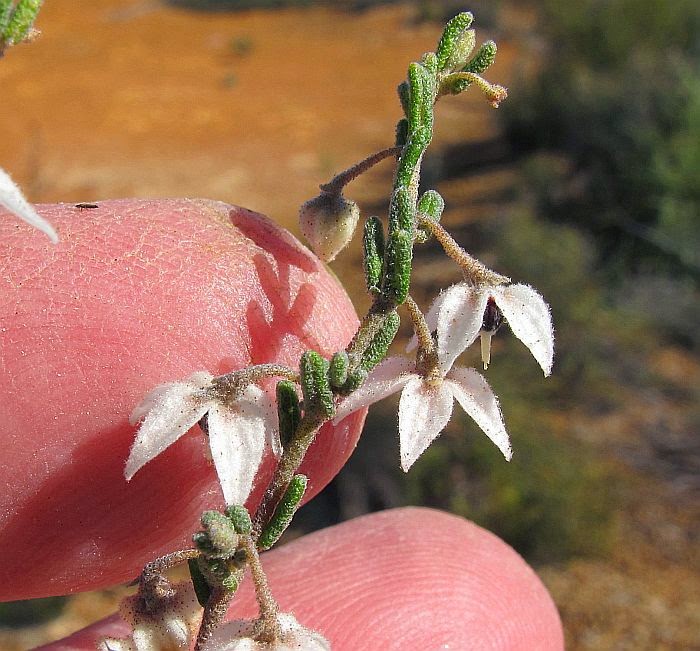 
This is an eye-catching little shrub with sparkling star shaped white pendant flowers, which are further enhanced by a deep red centre. The flowers are thickly coated with branched star-like hairs (stellate) to provide a soft texture, which doubles as a protective microclimate against the sun’s rays. However the perceived petals are not petals at all, but the deeply divided calyx lobes (the protective covering when in bud).

Despite its small tightly revolute leaves, it is a sturdy, compact shrub growing to around 30 cm (12”) in height. It favours the gravelly soils (often with a sandy covering) that occur spasmodically throughout the region. Guichenotia asteriskos is another WA endemic with a limited distribution from the Kondinin/Hyden district, plus from Lake Grace to Ravensthorpe, which is actually outside my survey area, but the above small colony (around 20 plants) was 80 km (50 miles) further east and thus inside my area of interest.

The actual red petals are minute and on my specimen hardly visible even with a magnifying glass, which in this instance being considerably less than a 1 mm in length. However this shortcoming is more than made up by the attractive calyx lobes. Flowering is recorded during September and October.

Guichenotia asteriskos has a ‘Priority Two’ conservation code rating, which means it is only known from a handful of locations and although currently not endangered, it is in urgent need of further survey.