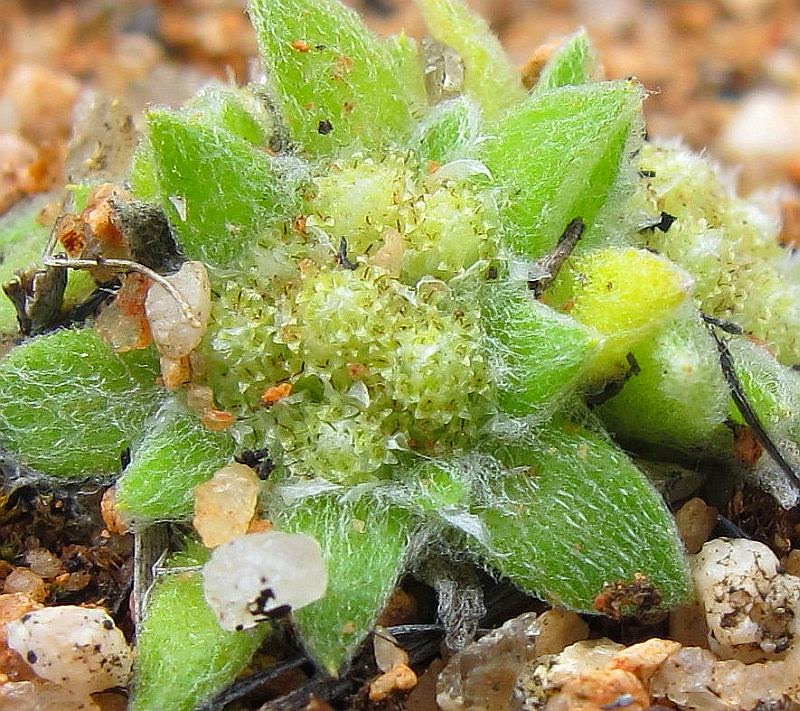 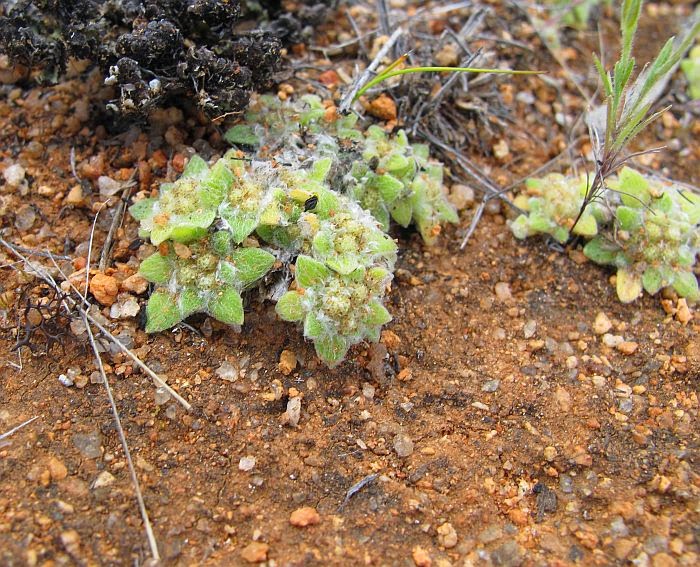 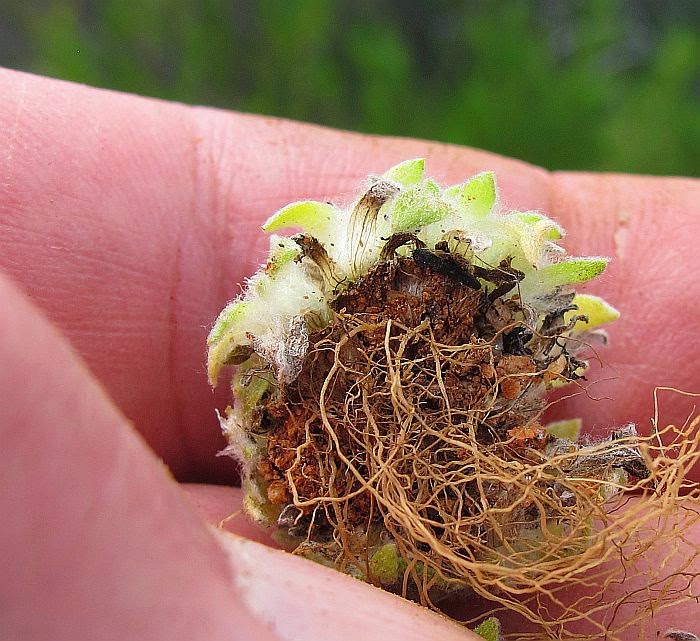 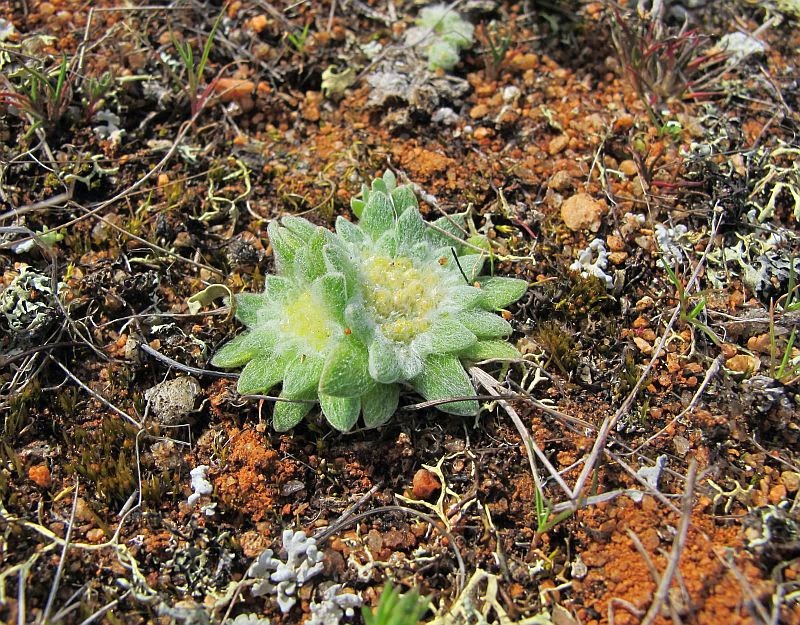 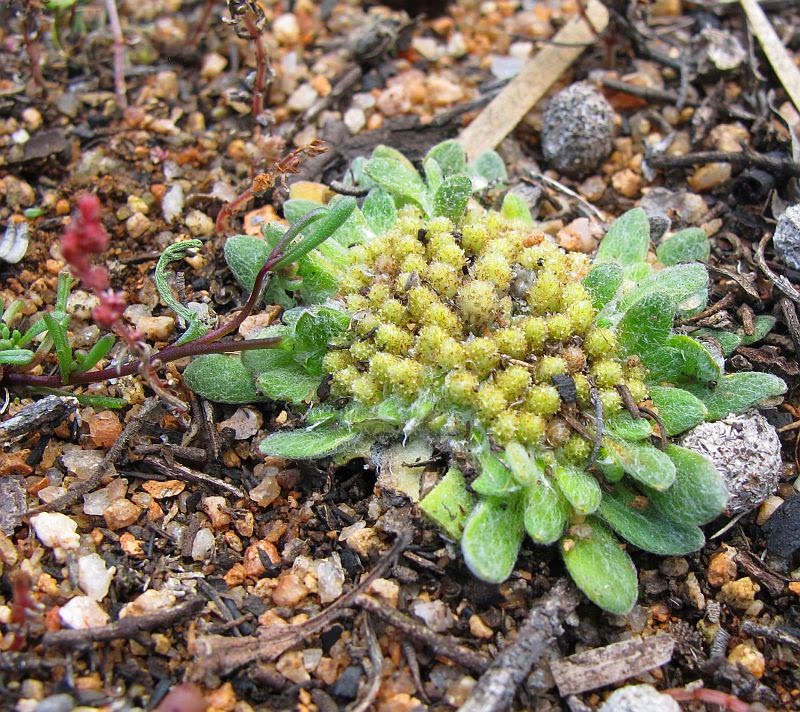 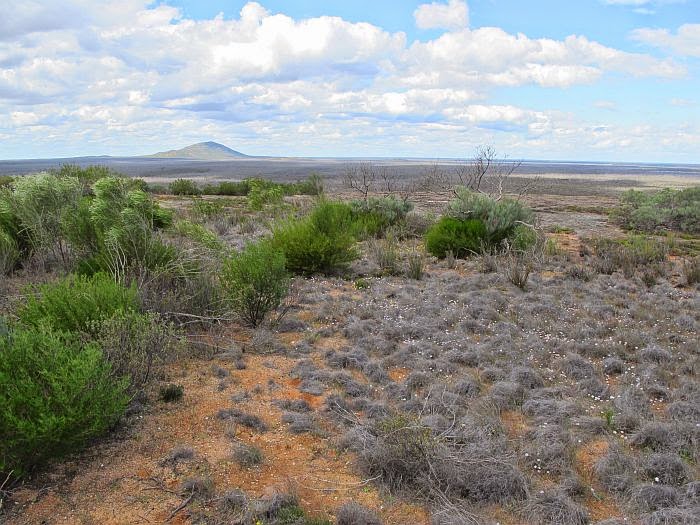 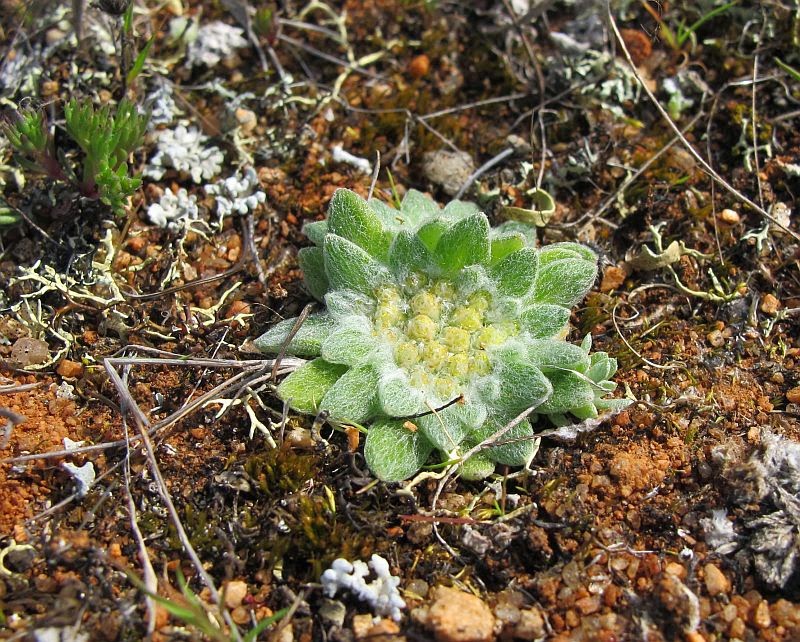 Chthonocephalus pseudevax - Woolly Groundheads
This little ground-hugging annual plant is very widespread in Australia, but commonly overlooked. Locally I have only encountered it in the mallee, growing in a coarse sandy loam, on or near granite outcrops. An entire colony of hundreds of plants might only occupy a few square metres/yards, as the largest plants only grow to around 3 cm (little over an inch) diameter, with most being much smaller although a number may be arranged into tight clumps.
If you look closely there are tiny yellow flowers (individually subtended by a wing-like scale), which collectively form a partial small head of flowers, these heads are surrounded by a whorl of scale-like bracts and are known as an involucre. A number of these partial heads are surrounded by a general involucre, which in this instance are the leaves, thereby making a compound head. With most daisies, there is only a single head of flowers with a single involucre of bracts.
Considering the small size of this plant it has wide distribution from the Kalbarri region, arching around via Wiluna to the edge of the Nullarbor, but excluding the wetter SW corner of the State. It is also found in the south of the NT, most of SA, southwest Qld, western NSW and northwest Vic. But unlike many daisies that produce long pappus on which to carry (via the wind) the seed long distances (Dandelion like), Chthonocephalus pseudevax does not produce any pappus.
This lack of pappus is probably why they are often found in compact colonies of only a few square metres/yards, but to colonise the huge area in Australia that they do, they must rely on other means of distribution. What this method might be I am not sure, but perhaps particularly strong winds or the Willy Willies (whirlwinds) that are common to the drier inland, blow the relatively large sail-like scales that may act as a substitute for pappus.
These Woolly Groundheads usually only flower over a two month period, but owing to their extensive distribution covering several climate zones, flowering in WA is recorded from June to November.
Chthonocephalus is part of the very large and hugely diverse Asteraceae (Daisy) Family.
Posted by William Archer at 6:08 PM