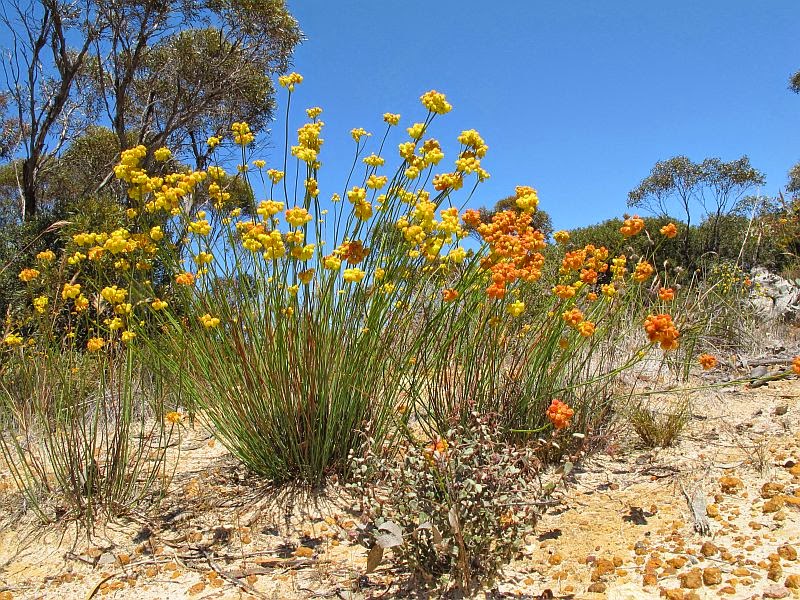 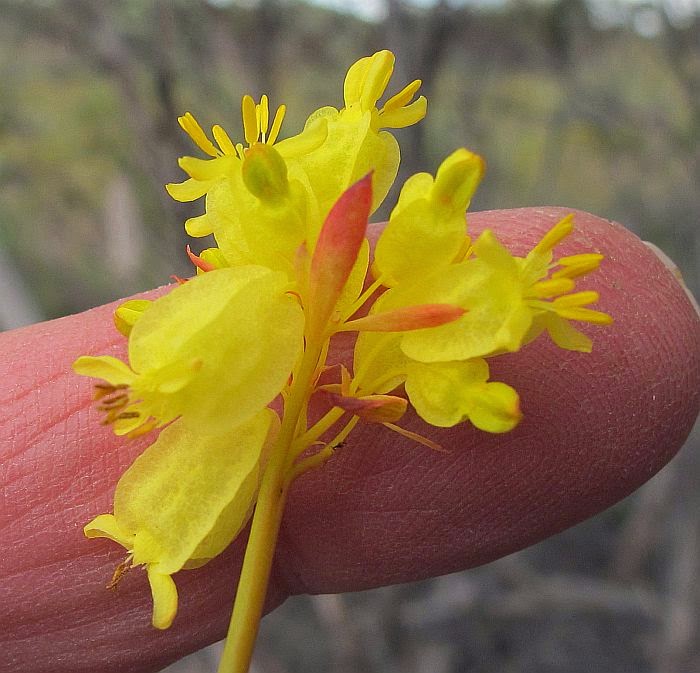 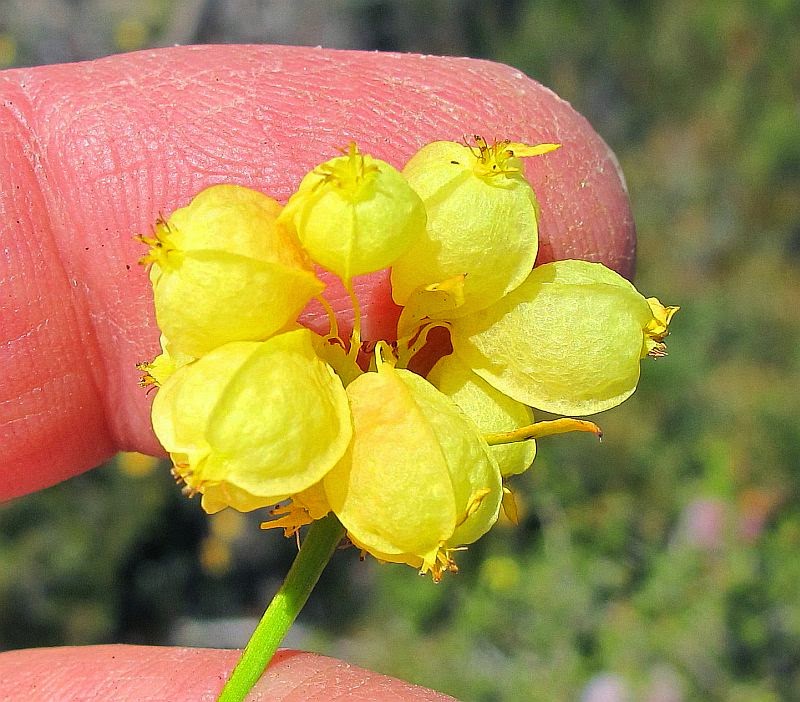 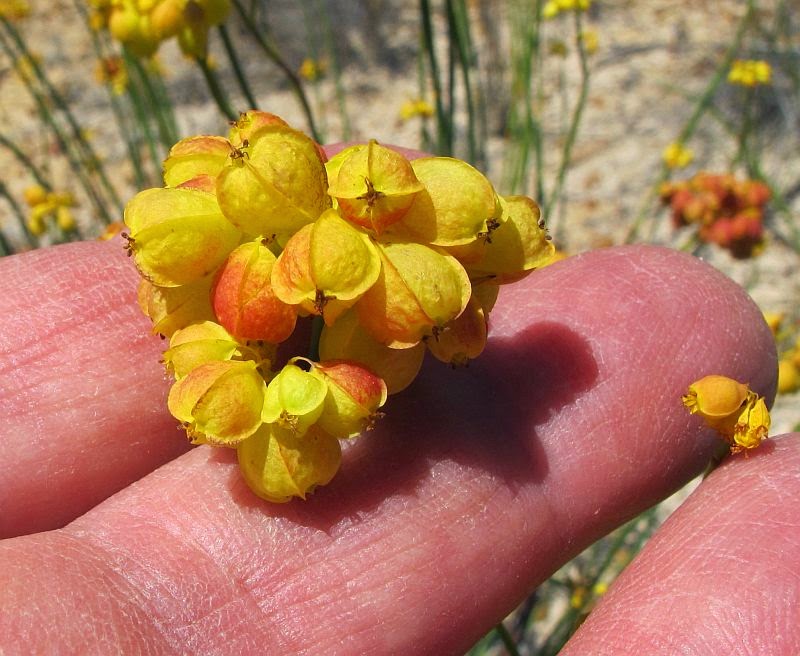 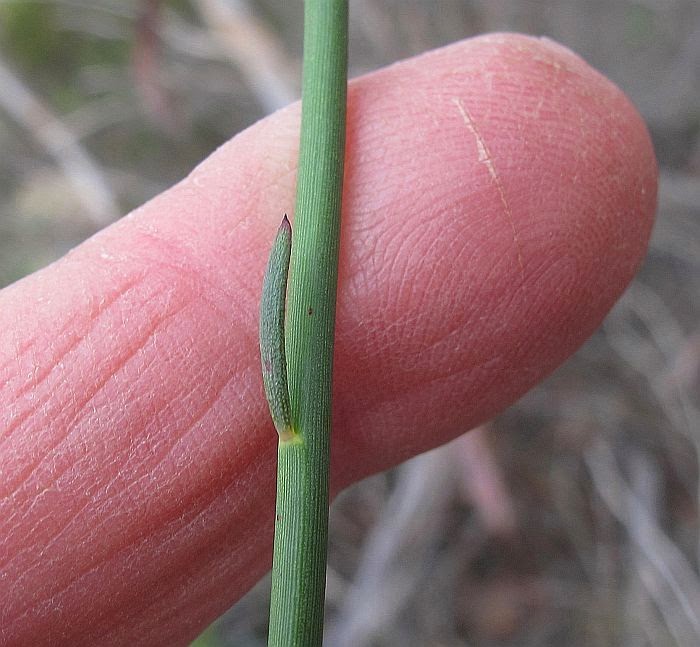 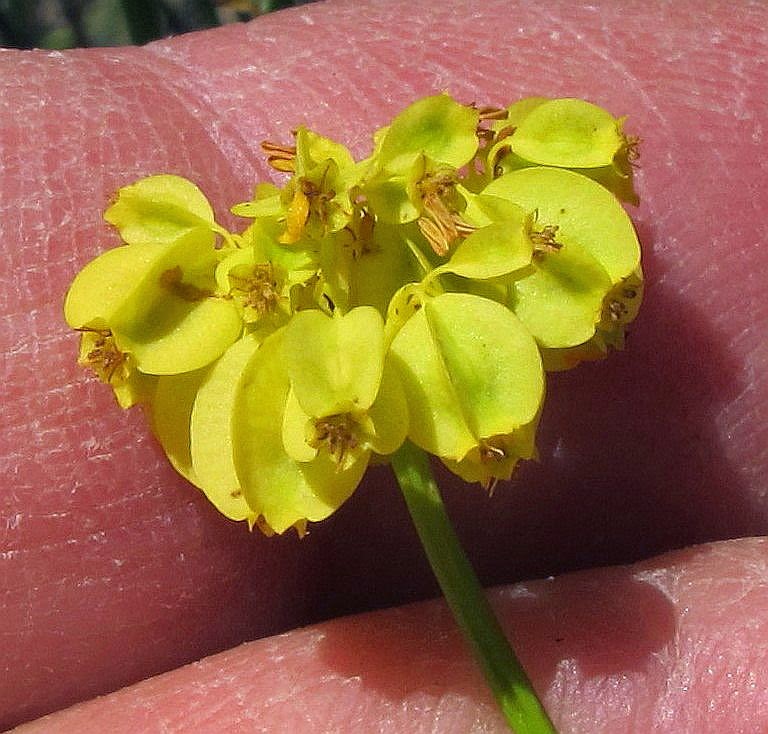 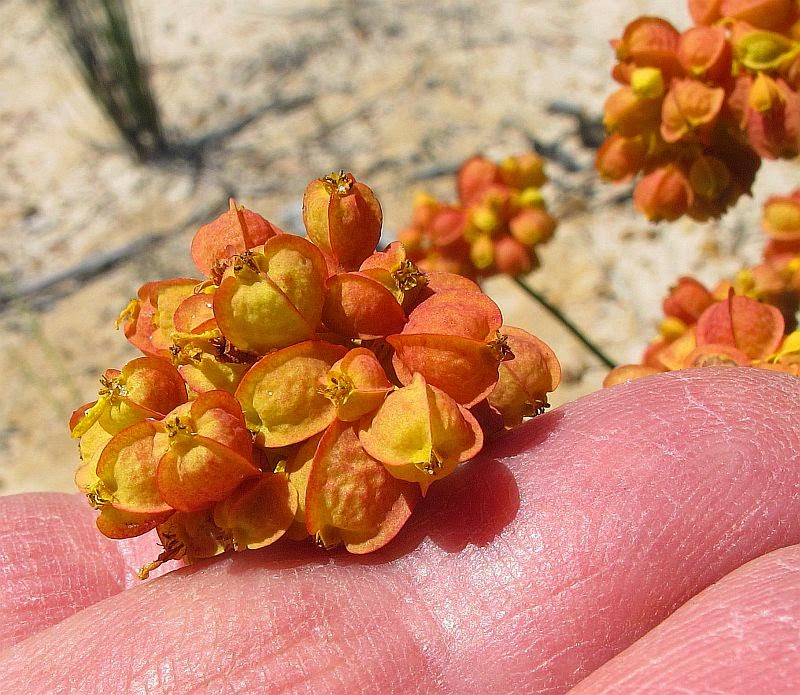 
Although collected from coastal areas from Albany to Esperance, it is far more common in inland mallee regions, often growing after fire or soil disturbance. It is very long flowering (6 months), or at least having colourful flowers and inflated fruits, which can start in May and go continually until late November.

Glischrocaryon roei is a small WA endemic species, usually growing in clumps to a little over 30 cm (12”) in height and locally preferring gravel soil, or occasionally in a sandy loam over gravel or even clay. Besides the multi-stem example above, this species can often be encountered in small loose colonies consisting only of several separate stems poking above low mallee vegetation, where they might then reach ½ metre (20”) in height.

The flower colour is yellow, but as the fruits mature they often turn orange to red, making them quite ornamental. G. roei is also very easy to identify from other Glischrocaryon spp. by its globular fruits that have very narrow wings (less than 1 mm or 1/32”), other species have much larger wings (more than twice that width) and are not globular.

Although these plants are perennial, the flowering stems are annual and renew along with the flowers each year; the old stems die and fall over. The fruits are soft and easily squashed between finger and thumb and are much favoured by small children; they consist of a light aerated pithy interior with up to 4 small seeds.

Glischrocaryon is part of the Haloragaceae family, however species may be listed under the older genus name of Loudonia.