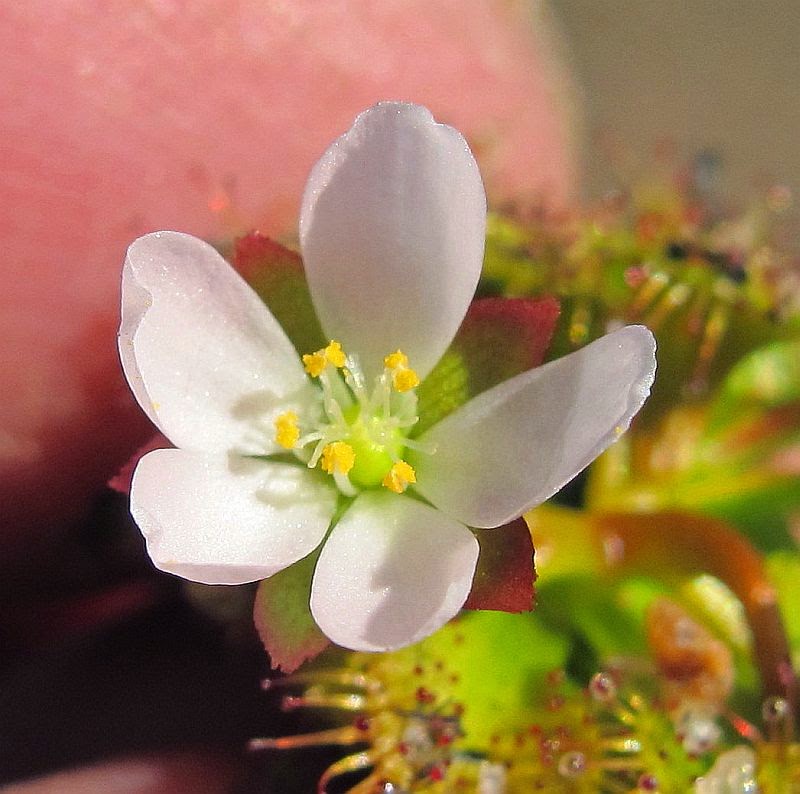 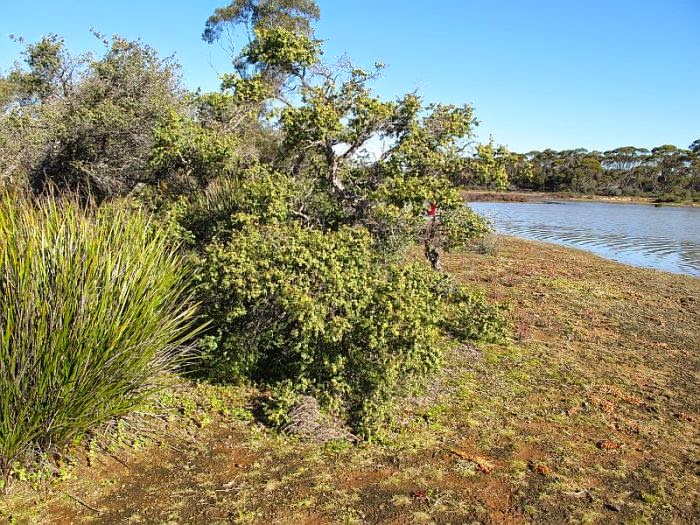 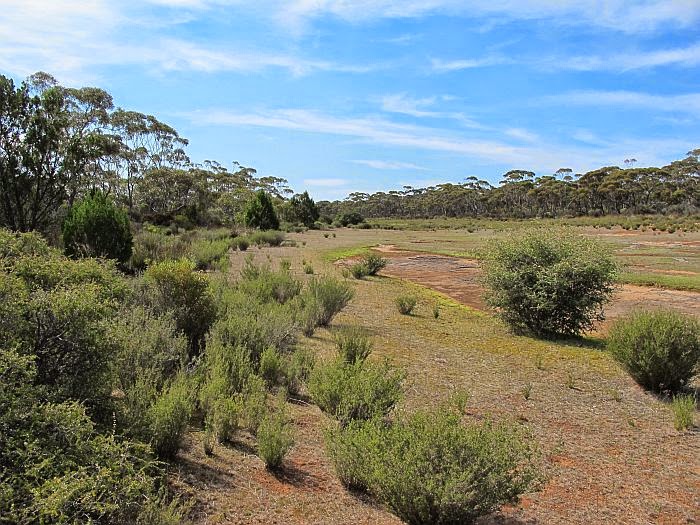 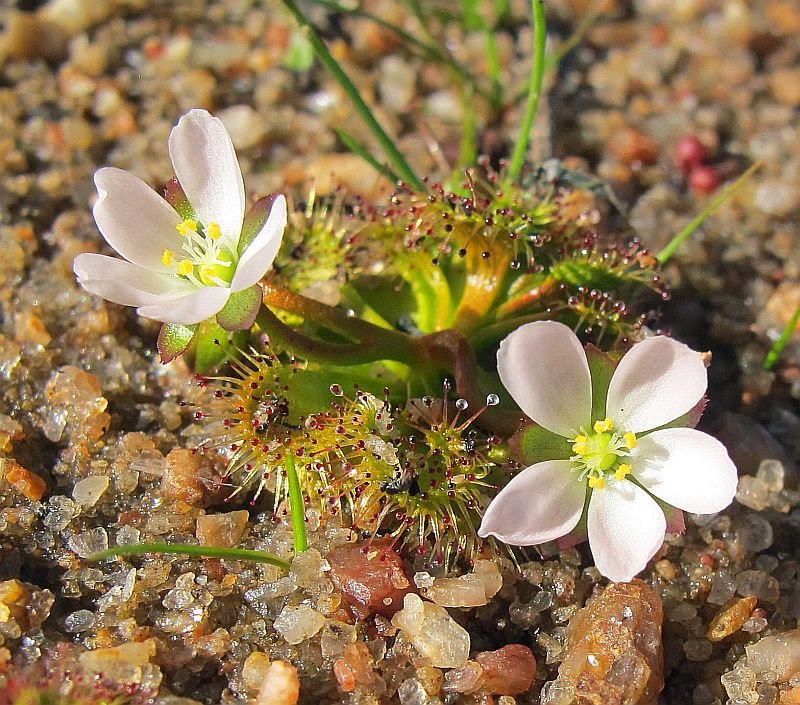 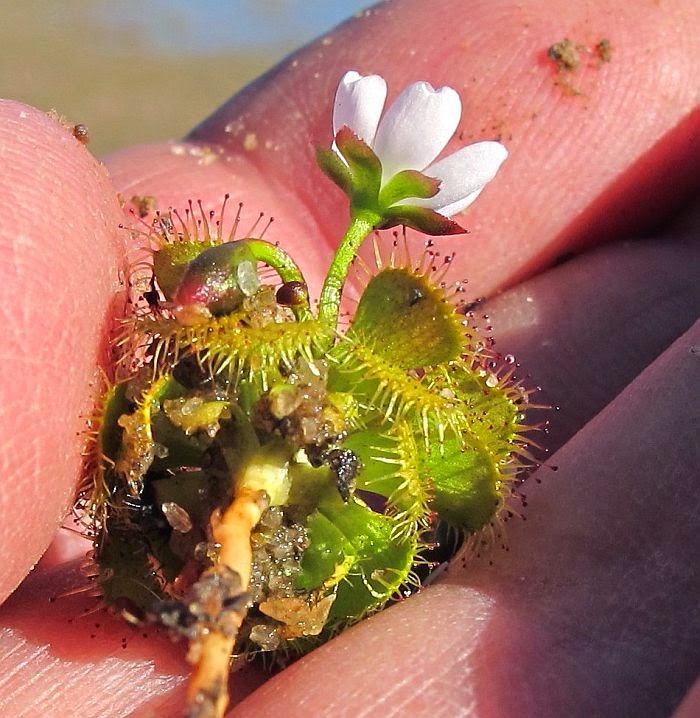 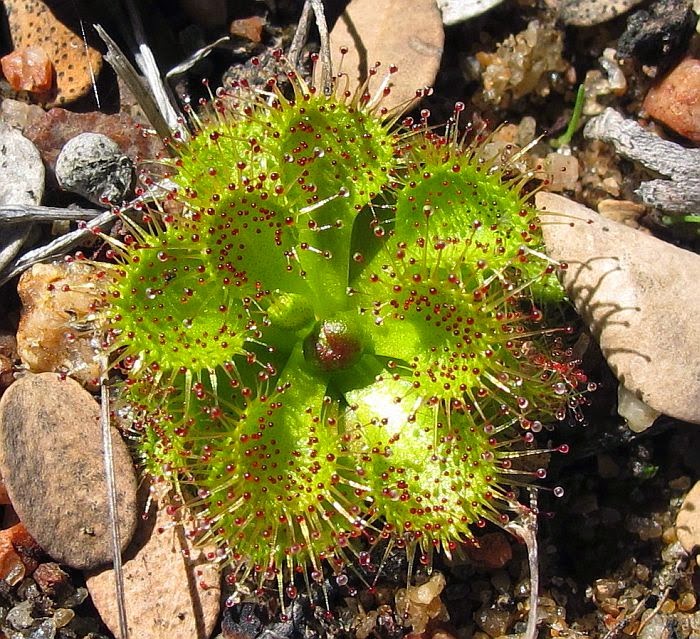 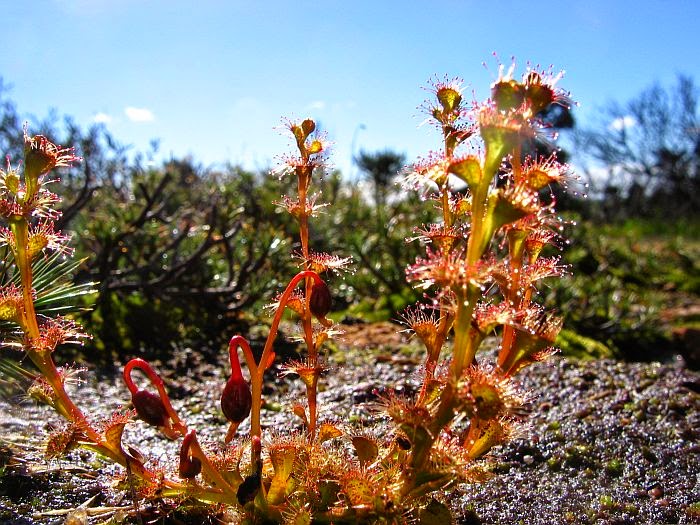 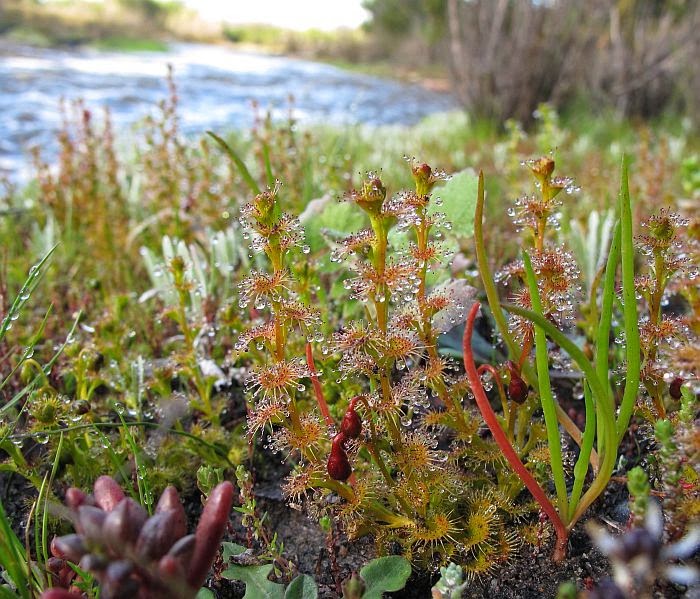 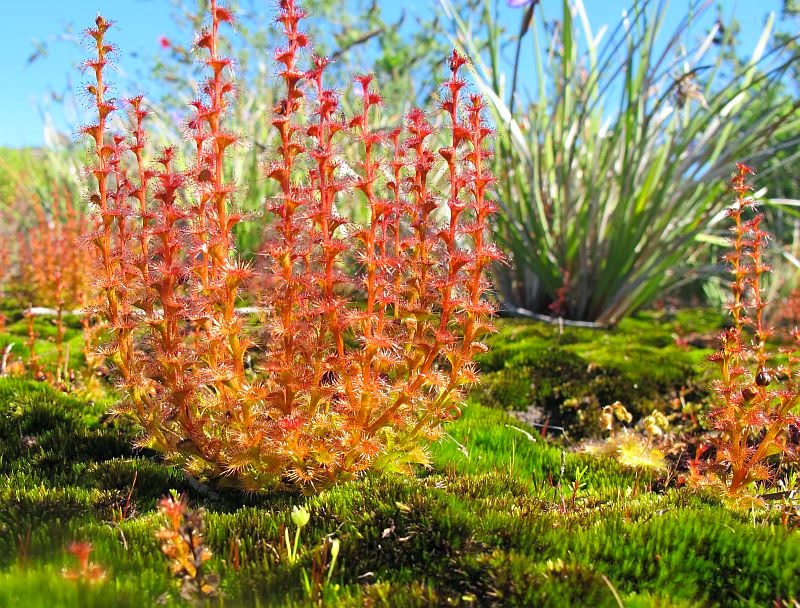 
This widespread Drosera (Geraldton to the edge of the Nullarbor) is a WA endemic and comes in two forms apparently dependent on geographical location, although both favour a similar habitat, this being granite outcrops or close by and under their influence. The species especially favours gently sloping ground in a coarse sand intermixed with a heavy loam over granite, limestone or clay, but also where light seepage moves slowly down over the substrates, thereby keeping the shallow growing medium moist.

Of the two forms mentioned above (at least locally) one occurs inland, whilst the other is coastal, the main difference being the amount of moisture and the period of time it is available to the plant. The coastal form commonly grows on gently sloping moss covered granite, where average rainfall is around 60 cm (24”) a year and reasonably reliable. These plants produce several tall (to 12 cm or 5” high) leafy erect stems from a basal rosette that progressively turn red; they also have one or more branched flower stems, each with 1-3 flowers.

The inland form has up to half the average coastal rainfall and is often unreliable; plants rarely form the leafy upright stems, but usually have only the basal rosette or combined rosettes that remain green. The flowering stem, although similarly branched as the coastal form is very short and largely hidden. On occasion during an unusually wet period, I have observed some plants with odd leafy stems, but these too remained green and were far less impressive than the coastal form.

Drosera ramellosa is a Tuberous Drosera with branched styles, but lacks the stipules of Pygmy Droseras. The flowers can be white or pink and are produced between June and September, however locally, the inland form tends to be the earliest and the coastal the latest.

The Drosera genus is part of the carnivorous plant Droseraceae family.