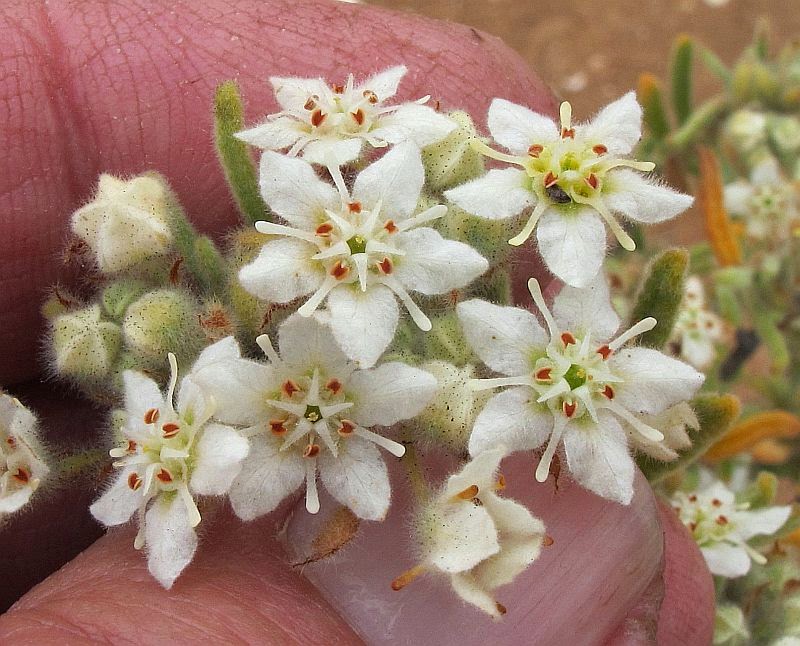 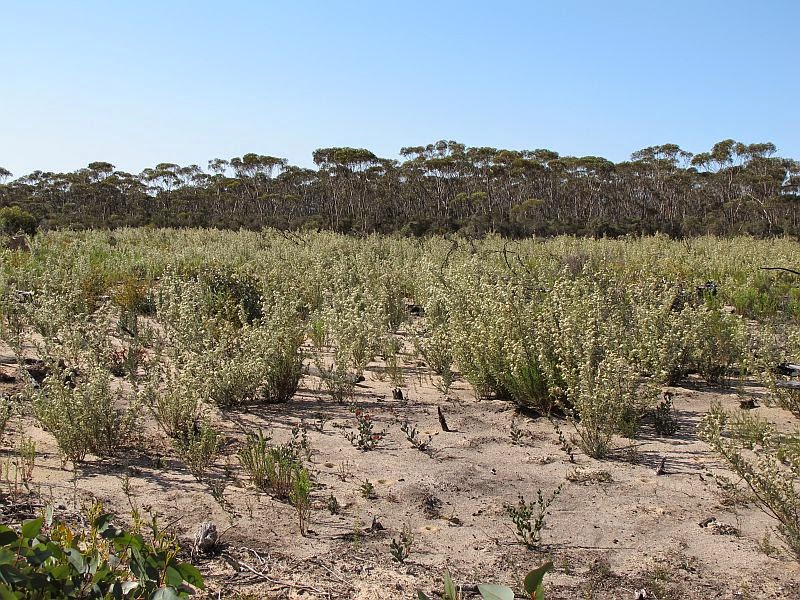 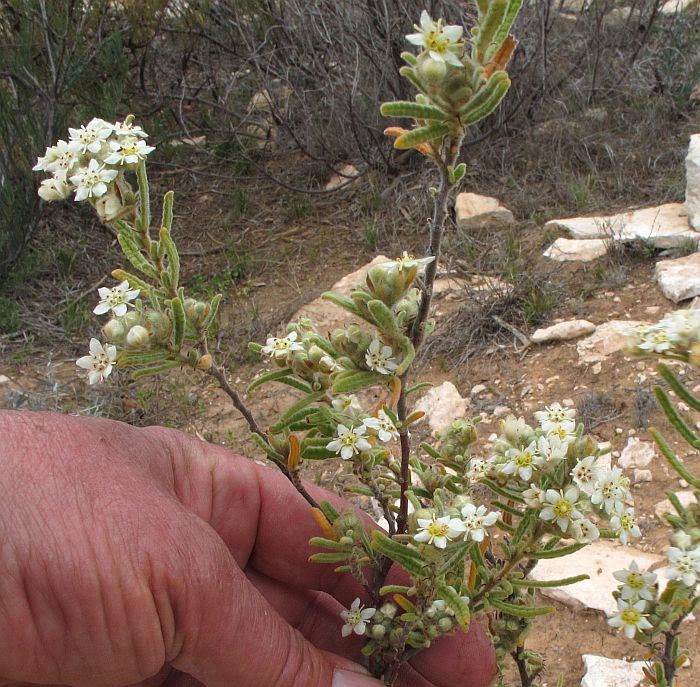 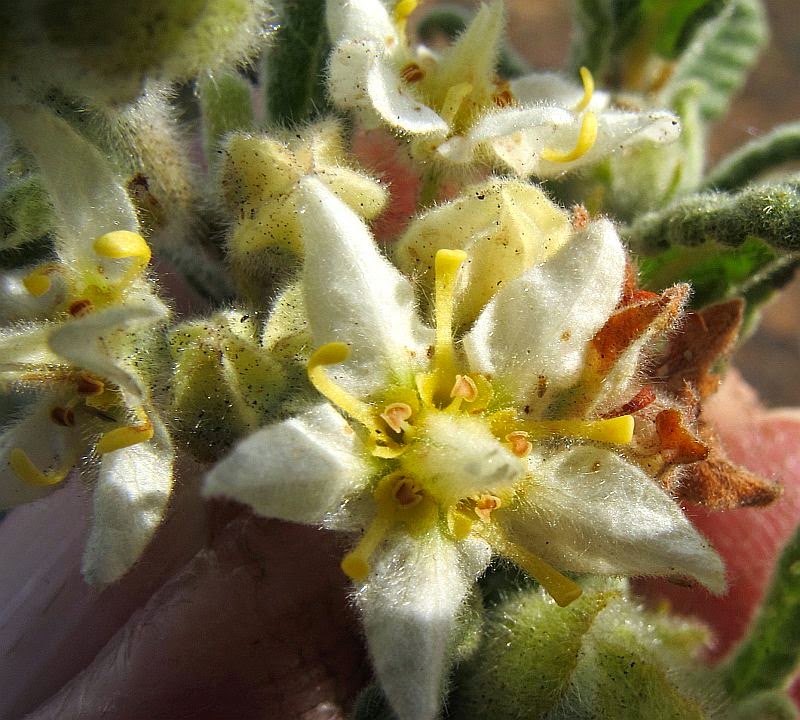 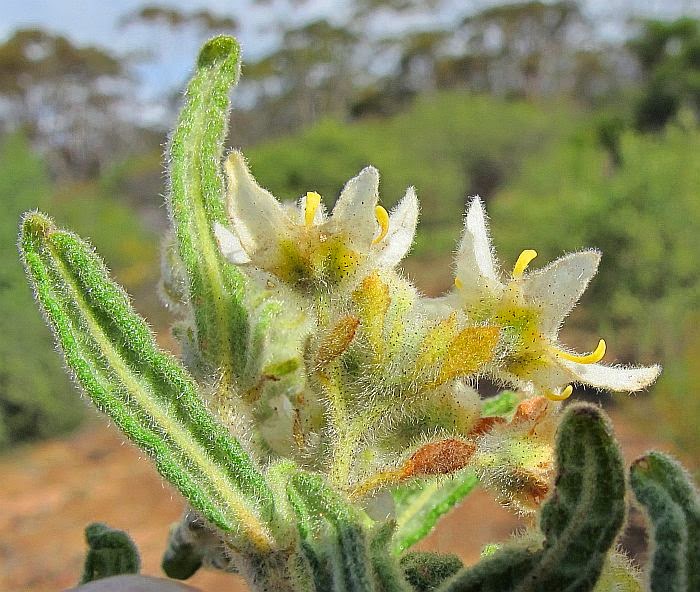 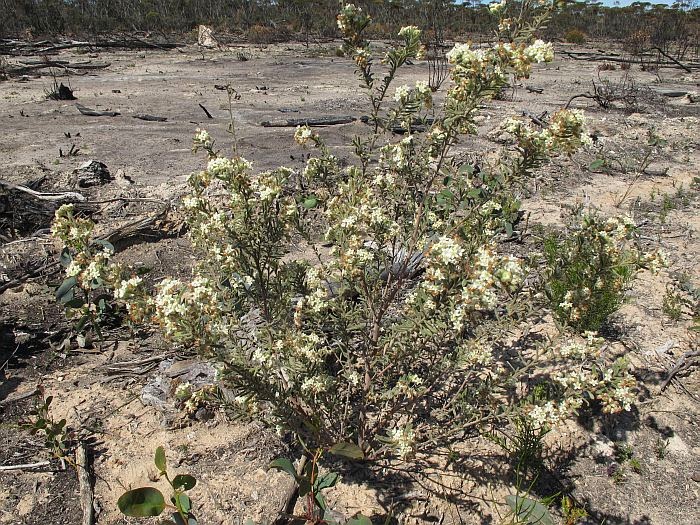 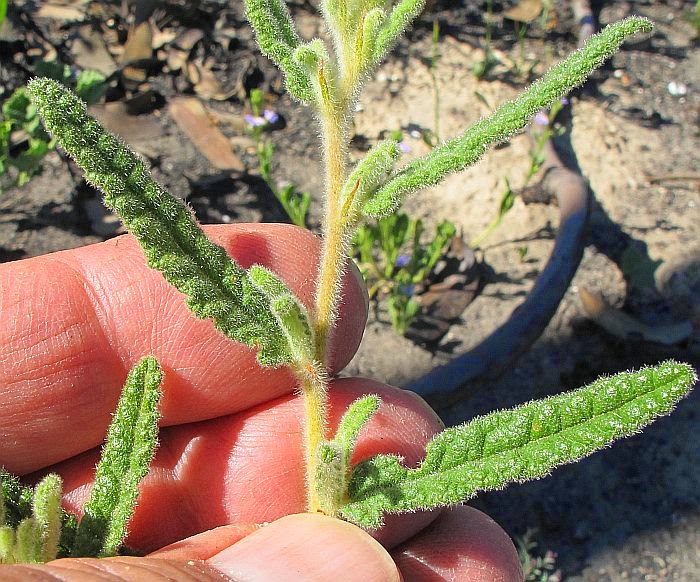 
With this plant there is hardly a surface not covered in long soft hairs, thereby giving it a grey/green appearance.  It can be common for a few years following bushfires, where locally it will grow to around a metre (3’-4’), but might reach twice that height elsewhere.

In WA it favours the inland mallee region, growing in a sandy loam (medium to heavy texture) over limestone and is mainly distributed from around 80 km north of Esperance to Kalgoorlie, then about 200 km (125 miles) either side. It is also known in SA from the central area of the York Peninsula.

Unlike most leaves where the veins form a fan or herringbone supportive arrangement, with Commersonia craurophylla there is a central leaf vein, with side ones growing almost at right-angles. When dry, the leaf will easily break between the veins, hence its botanical and common name of ‘Brittle-leaved Rulingia.’

Rulingia I should add was the name of the genus before it was reclassified to Commersonia, although the original genus still remains, but with fewer members. So probably the common name should now be Brittle-leaved Commersonia.

The flower composition is rather interesting and what initially look to be 5 large white petals are actually the white sepals (sepals enclose the petals when in bud). To see the petals you need to look closely, as they are the tiny cream shoehorn looking components, of which each cradles a short stamen.

The central white star originates from the same level as the stamens and collectively form a hairy inverted cone, but as the flower matures these bend back 90 degrees to form the star. The white points are actually staminodes (infertile stamens) that are positioned between each fertile stamen (those with anthers). The very short stigma can just be seen at the flower centre. Pollination would be by flying insects.

Commersonia craurophylla has quite a long flowering period and can be seen anytime between August and December.

Posted by William Archer at 3:16 PM