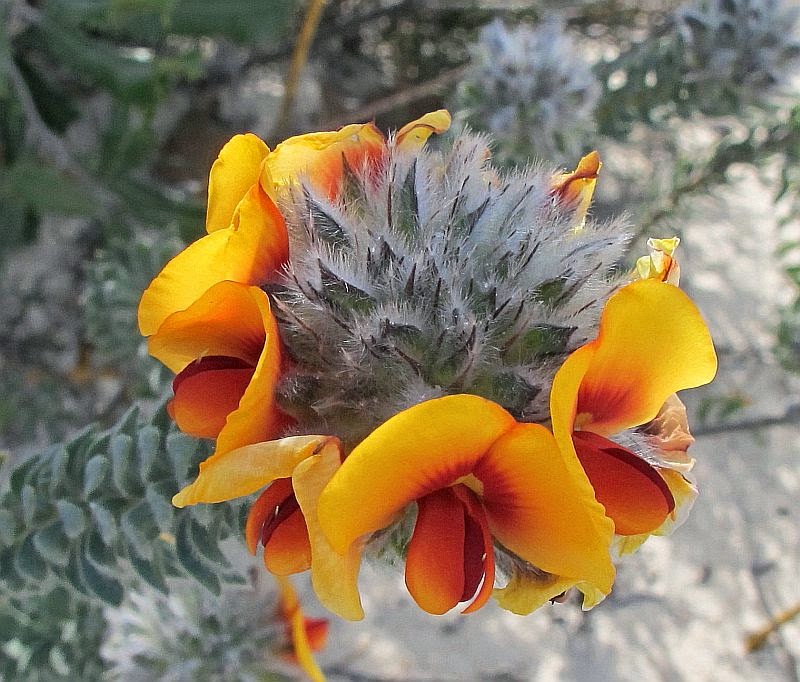 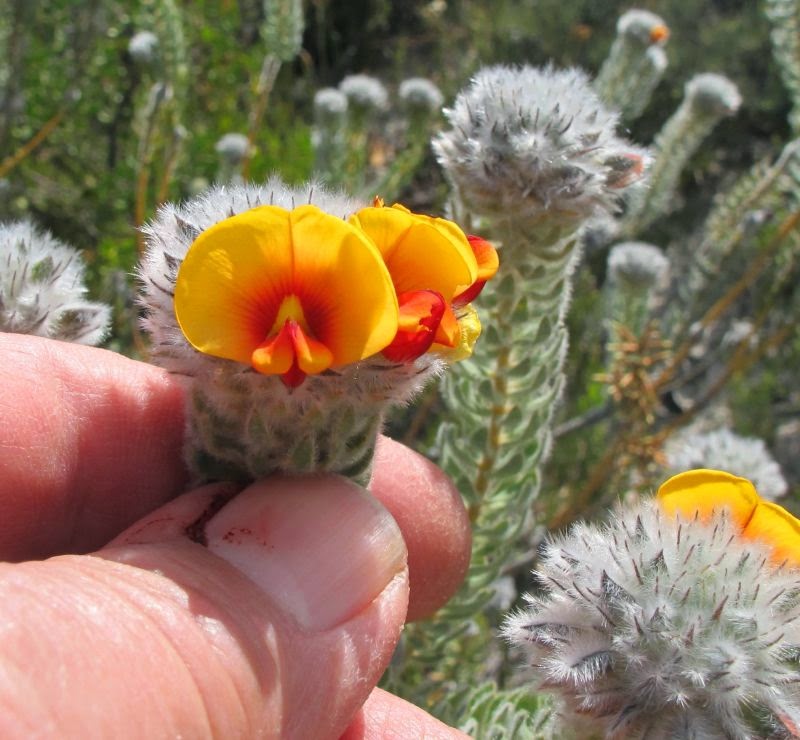 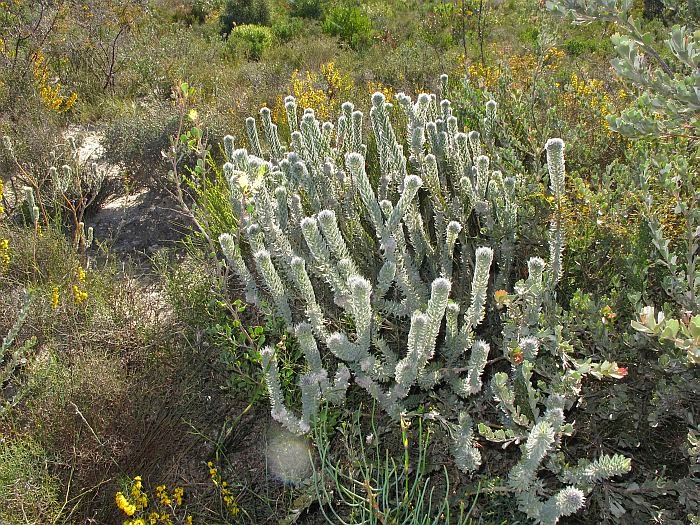 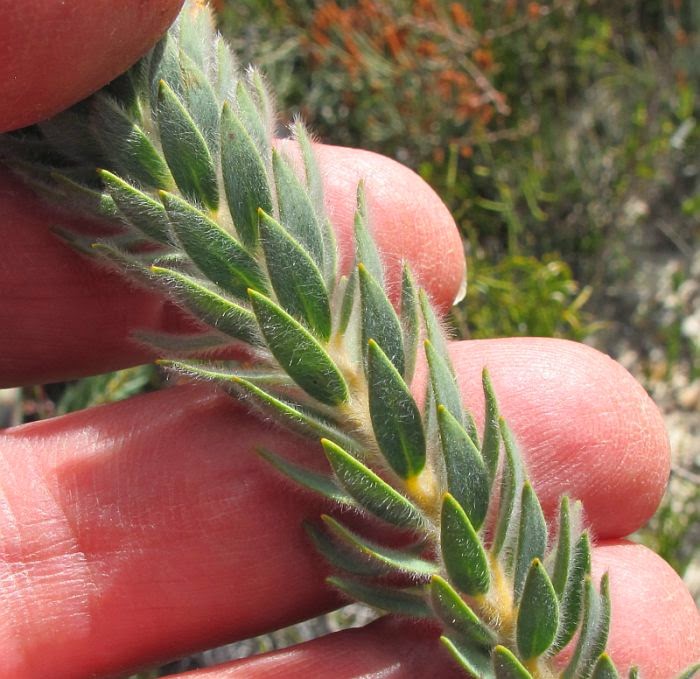 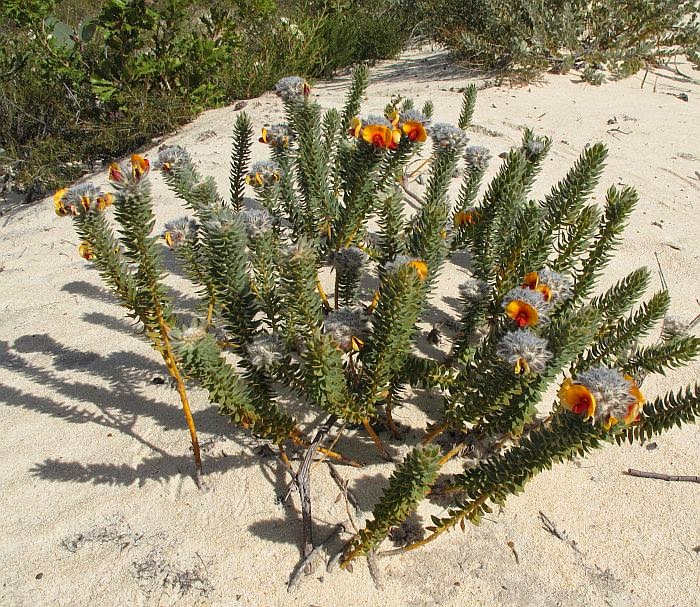 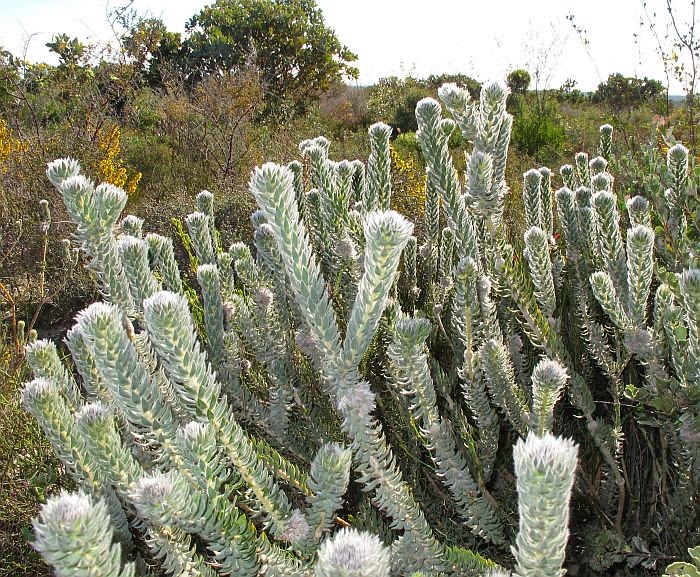 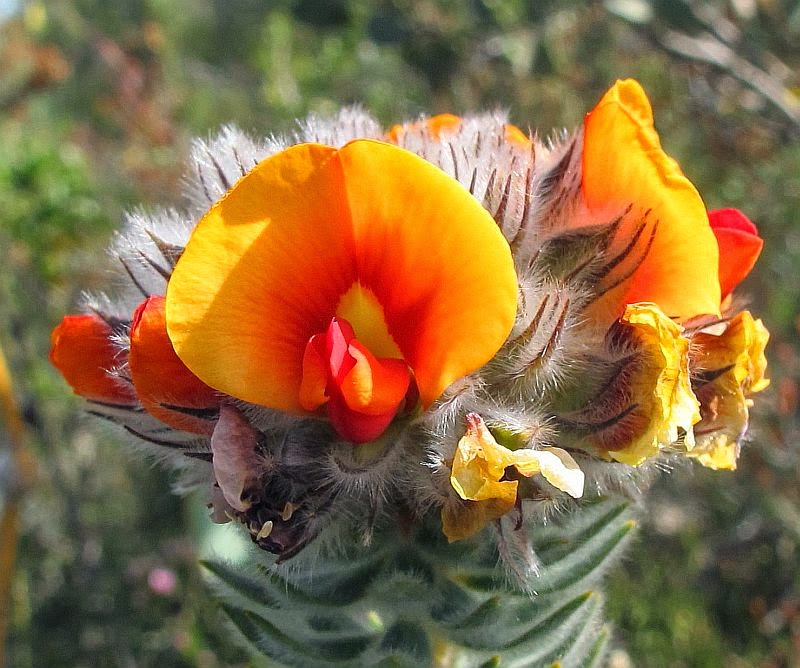 
This species is very striking with its brightly coloured terminal flowers sitting atop soft, grey/green hairy foliage. In the Esperance region, I know it from a couple of locations; one a small colony south of Lake Tay 140 km (90 miles) NW of Esperance in a sandy soil over gravel, whilst a larger colony is 40 km (25 miles) SSW in deep sand.

Urodon dasyphyllus is however not uncommon elsewhere, with its main distribution further west as far as Wagin and Brookton, then east to Southern Cross before returning south to the Lake Tay region, plus is also found much further north in the Geraldton/Kalbarri district. It commonly has an upright habit to around ½ metre (20”) in height, although due to the weight of the branches, will also spread over the ground or rest on other vegetation.

The genus name of Urodon is Greek for tail and tooth, and possibly refers to long slender calyx lobes that surround the petals (best seen in the buds above). It differs from other bushpeas by having an aril, which is a fleshy growth at the base of the seed, which although unusual with peaflowers, is very common with Acacia. It is thought the aril attracts animals that wish to eat it, who in so doing also consume the seed, which then passes through the gut where the hard outer seed coating is reduced by stomach acids thereby aiding germination.

The size of the flowers and foliage can vary considerably, with my southern colony being larger in most regards, having leaves to 13 mm (1/2”) in length, as were the flowers in width, whilst the flower cluster was a little over 3 cm (11/4”) diameter. Similar components of the more inland colony were up to 50% smaller and maybe the result of the much lower average rainfall zone, which is almost half (30 cm or 12”) from that of the coastal colony.

Flowering, depending on local weather conditions can be anytime from July to January, although locally between September and October would be the peak period.

Urodon is a small genus in the very large peaflower family Fabaceae. However, other authorities and reference material might have it listed under Papilionaceae or Leguminosae.

Posted by William Archer at 6:31 PM