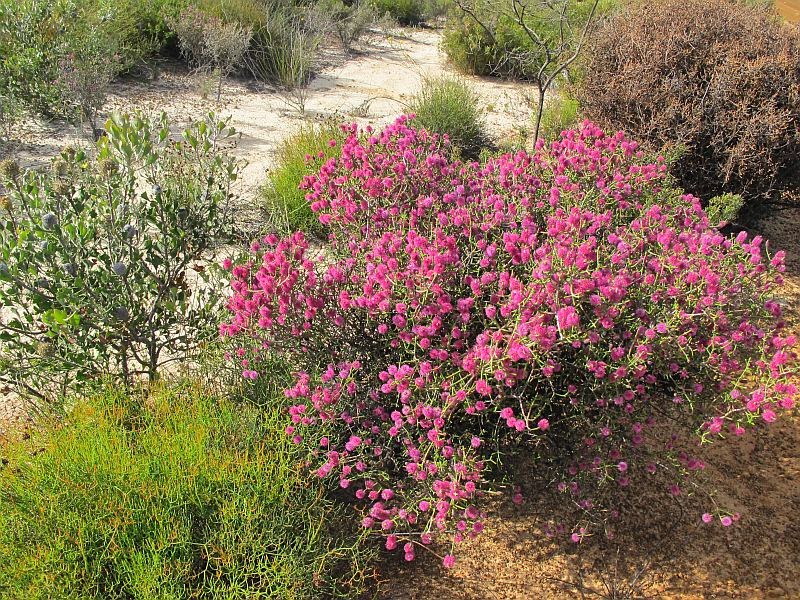 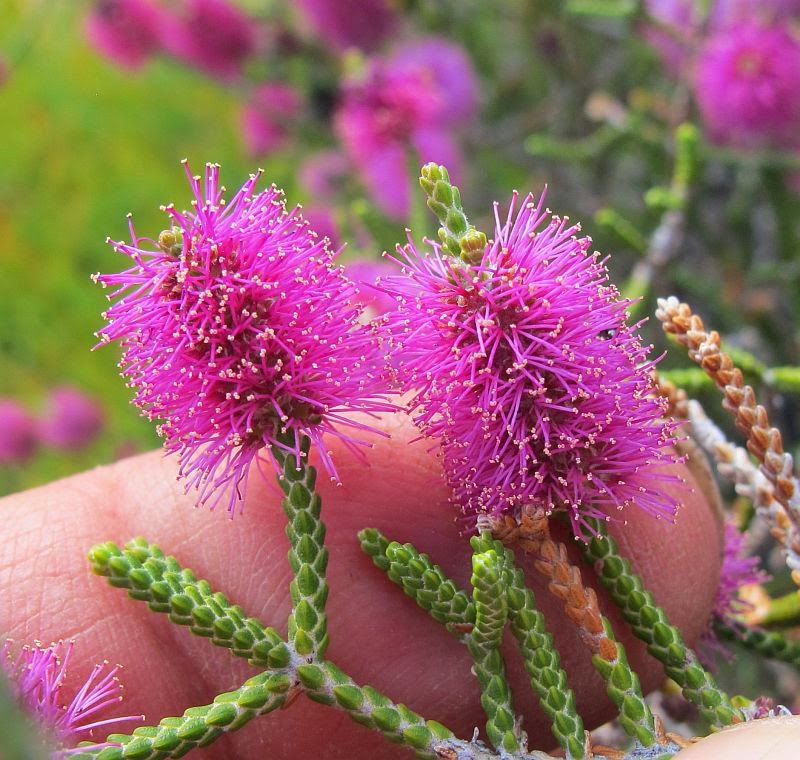 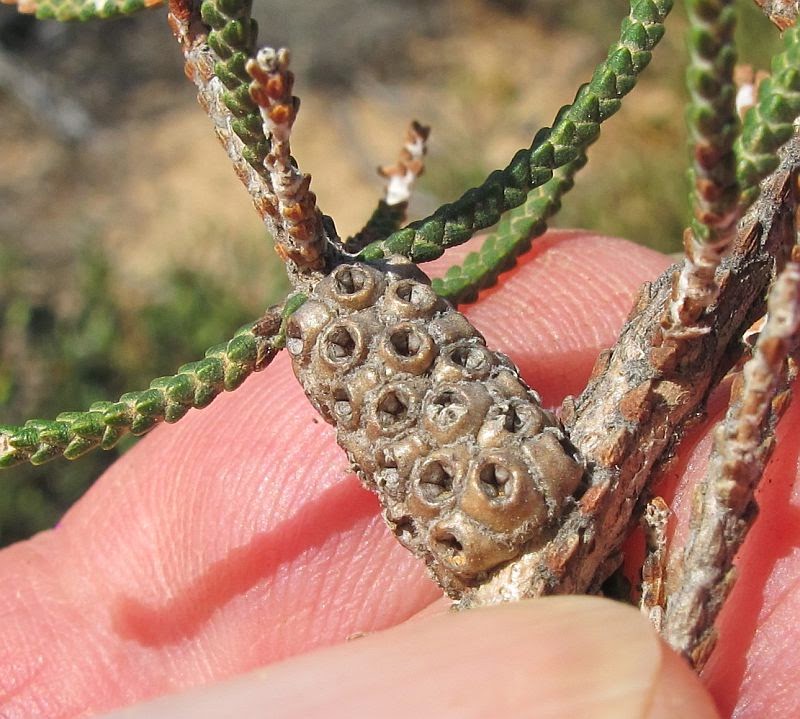 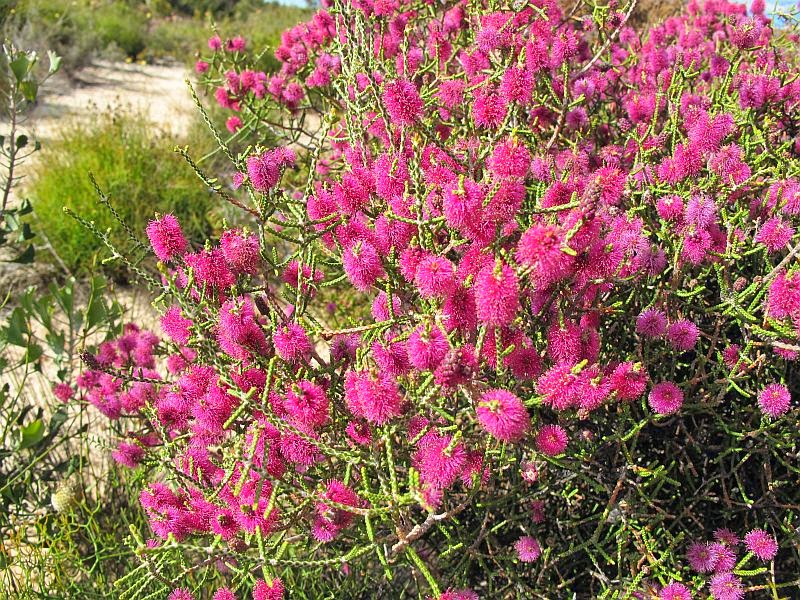 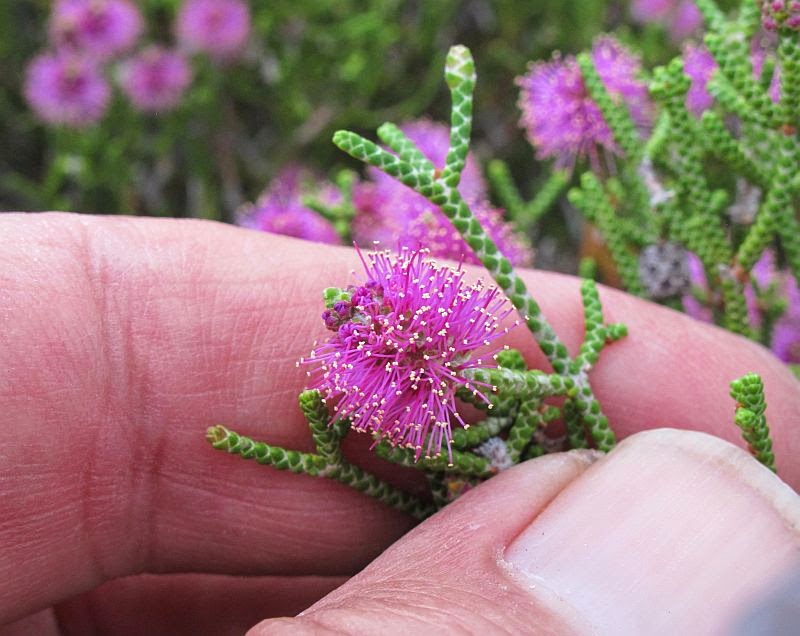 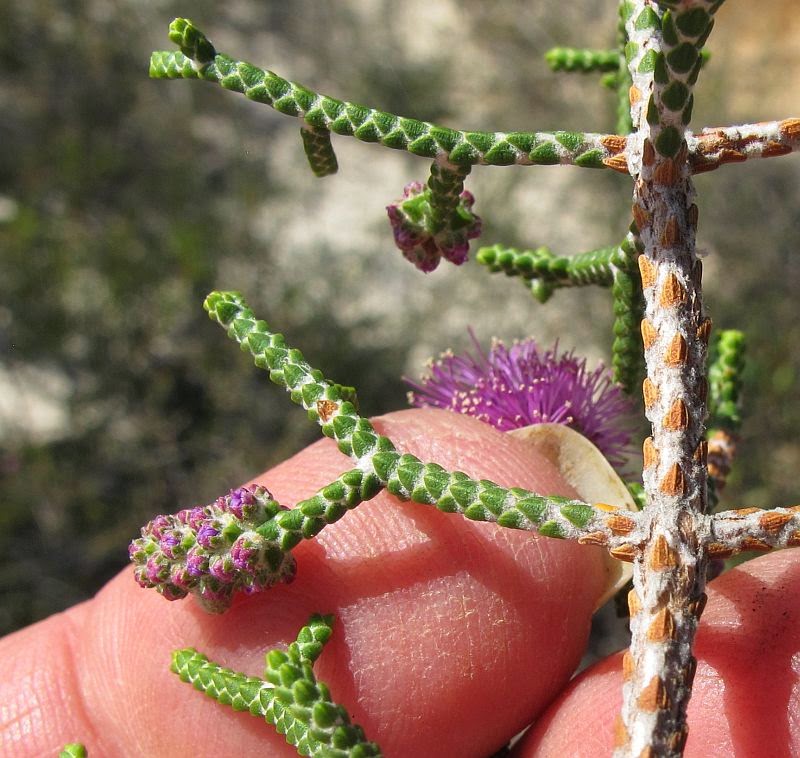 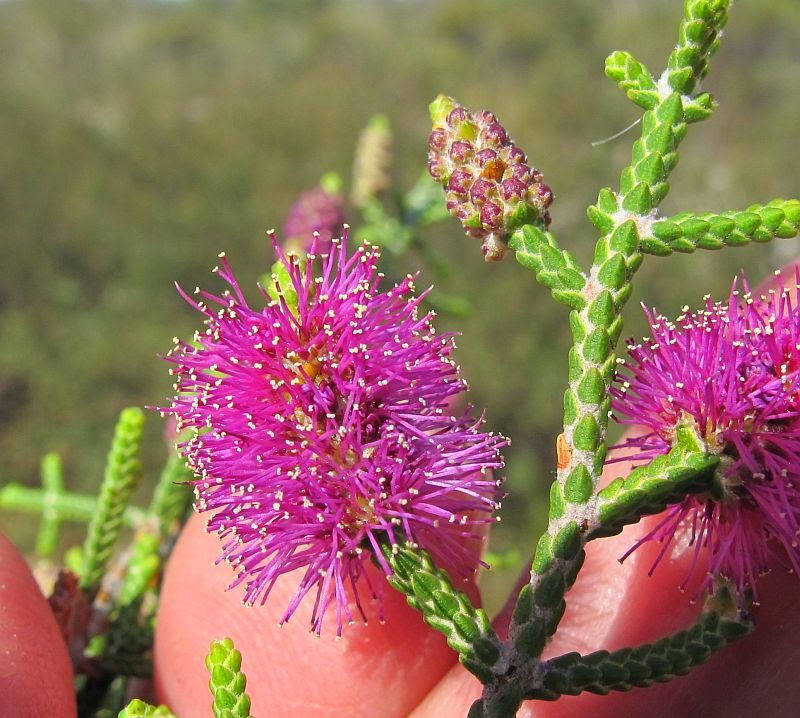 
This attractive small Beaufortia despite its tiny appressed foliage can form a compact shrub to 1 metre (around 3’) in height and is absolutely smothered in bright purple to pink/red flowers. It is quite common to the west and NW of Esperance, although often localised to low-lying areas, where it favours a sandy soil over a gravel/clay substrate.

The appressed foliage is an important identification feature, as another very similar species Beaufortia empetrifolia is even more common. It also occurs to the east of Esperance (not only west as with B. micrantha) and although the foliage is similar it is not appressed to the stem, but leans away and often overlaps the base of the leaves above. It grows on a variety of soils, and has slightly smaller flower clusters than Beaufortia micrantha.

Beaufortia micrantha var. micrantha is distributed from Esperance to the Albany region, then north to Corrigin and NE to Southern Cross, before returning SE to Esperance. However, in the far western portion of its range and outside the Esperance region is where the other variety called var. puberula occurs, which is similar but with a fine downy foliage.

The brightly coloured flower clusters of Beaufortia micrantha var. micrantha are to 1.5 cm in length x 1 cm in width (5/8”x 3/8”) and depending on local weather conditions can bloom anytime between July to February. The neatly arranged appressed leaves are on downy stems and are up to 2 mm in length (little over 1/16”).

Beaufortia is part of the very large and highly diverse Myrtaceae family.
Posted by William Archer at 5:23 PM