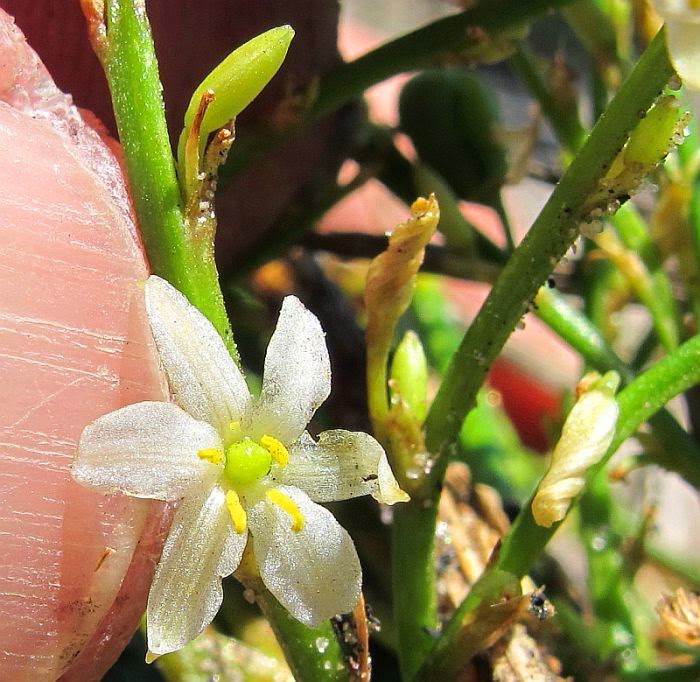 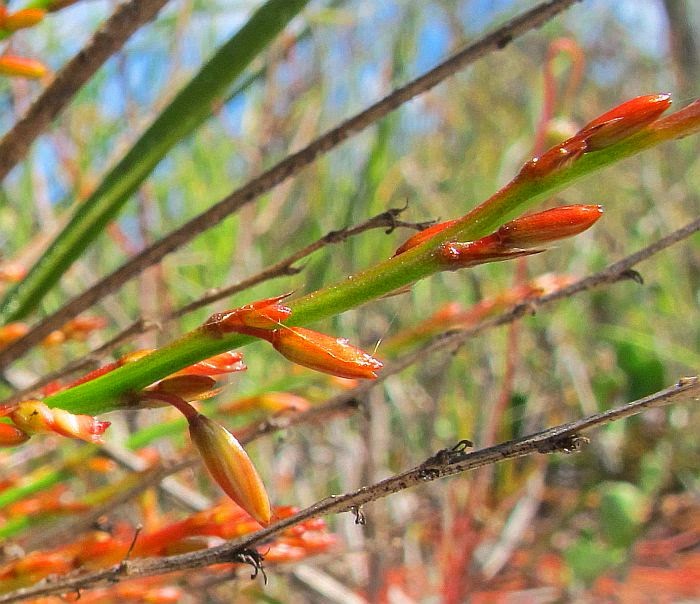 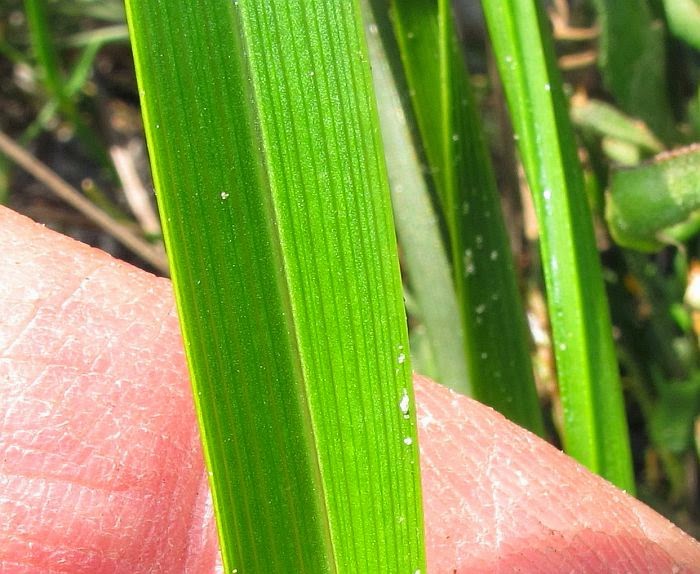 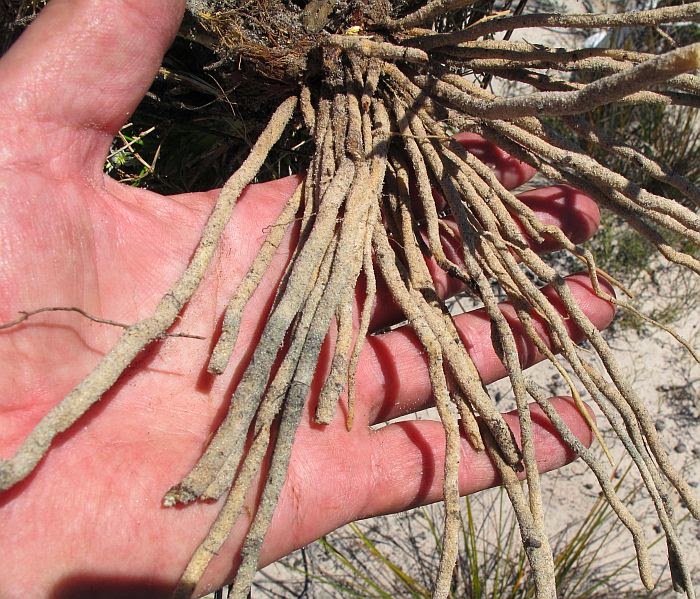 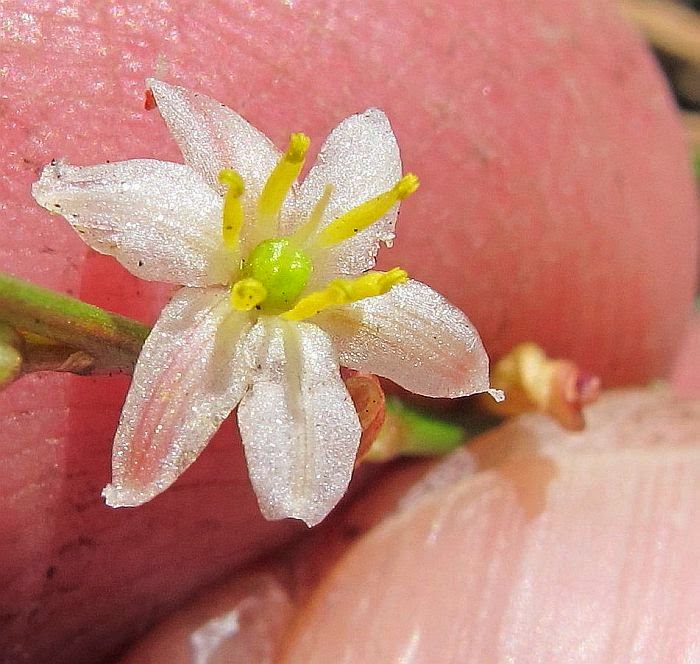 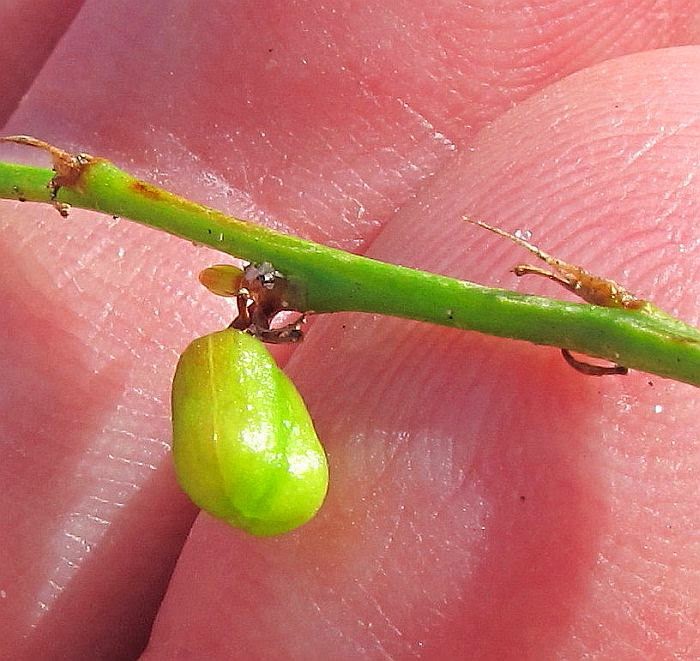 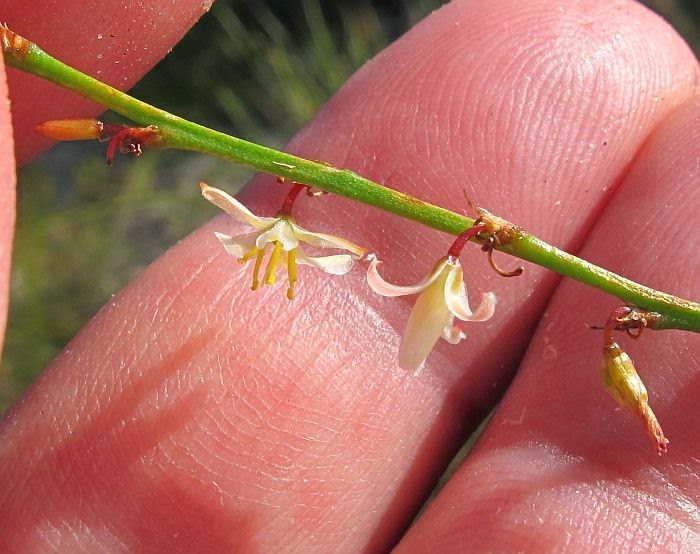 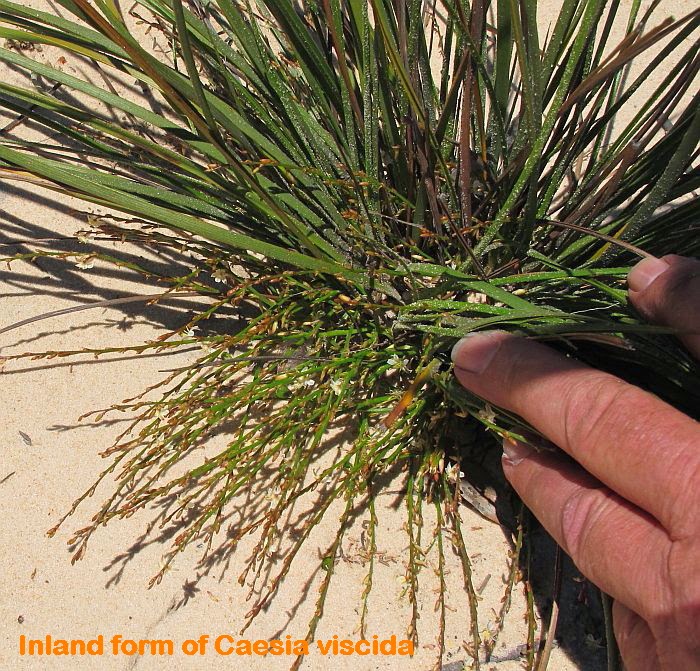 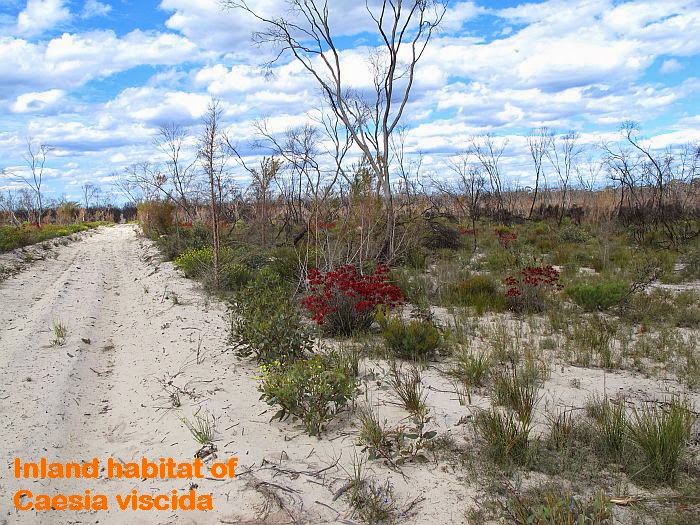 
This unusual plant has a Priority Two Conservation Code rating, which means it is known from generally less than 5 populations not immediately under threat, but in urgent need of further survey. Officially it is only known from three near coastal populations from Ravensthorpe to Cape Arid (west and east of Esperance), although I have encountered another 2 during my travels, one 20 km (12.5 miles) east of Esperance, consisting of several hundred plants in three spaced colonies. However the other population is the real surprise, being 125km (80 miles) NE of Esperance and around 100 km inland, where common but localised to a section of mallee heath.

To the casual eye, plants in all populations appear similar, but they are currently being studied to ascertain their status. Caesia viscida is a tussock to around ½ metre (18”) in height and when first encountered, I thought it was a flat leaved sedge, but could not find any flowering spikes, although I kept it in mind and every time I passed I would check, but still did not encounter any flowers. It was not until I drew back the curtain of leaves did I see the short flowering shoots near the ground.

The leaves are channelled and like its name suggests are viscid (sticky), often-capturing wind-blown sand grains at their base. Caesia viscida favours the deep non-calcareous sandy soils, where the tuberous roots to ½ cm (3/16”) diameter retain a covering of fine sand grains. So the viscid foliage, tuberous roots and near ground level flowers, makes this species quite distinct from any other Caesia.

The inland form of Caesia viscida is found in a 30-40 cm (12”-16”) average rainfall zone and the foliage is more darkly coloured, plus slightly narrower than the coastal form that grows in a 50-60 cm (20”-30”) average rainfall zone. The flowers are to 1 cm (3/8”) diameter and are produced irregularly along a flowering shoot, which can have the bud, flower and seed capsule, growing one after the other. My observations have this species flowering from October to December and with summer rains I suspect even later.

Caesia is part of the Hemerocallidaceae family, which also includes such notables as Dianella and Stypandra plus many others. Some references may have Caesia listed under Anthericaceae or Liliaceae.