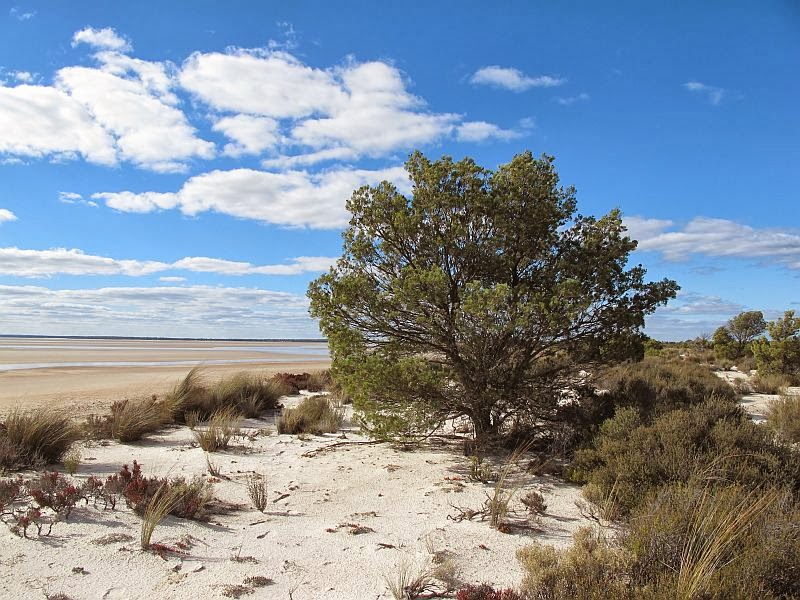 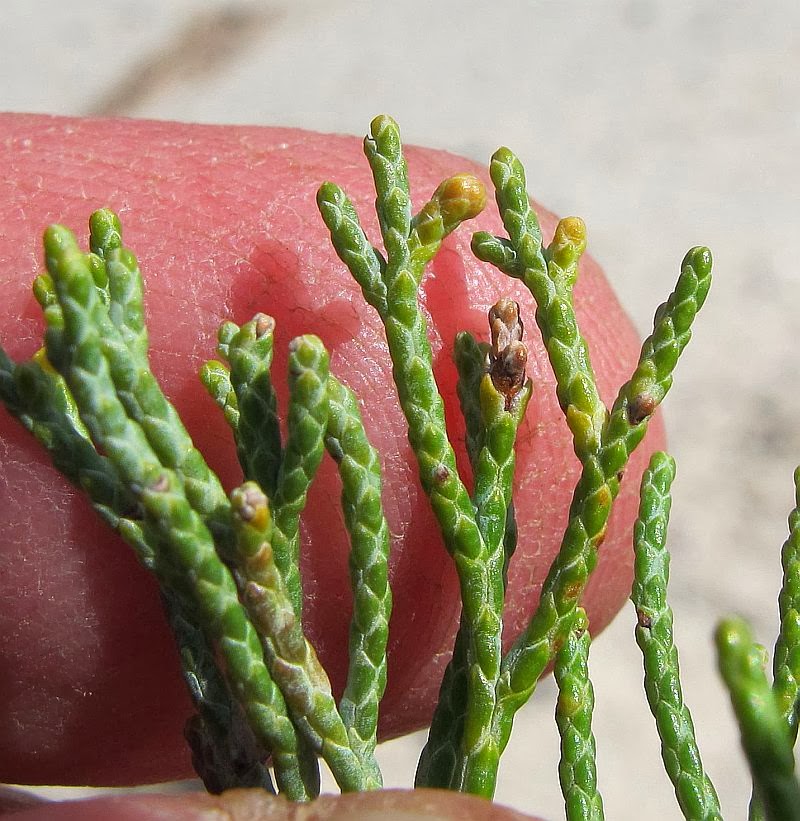 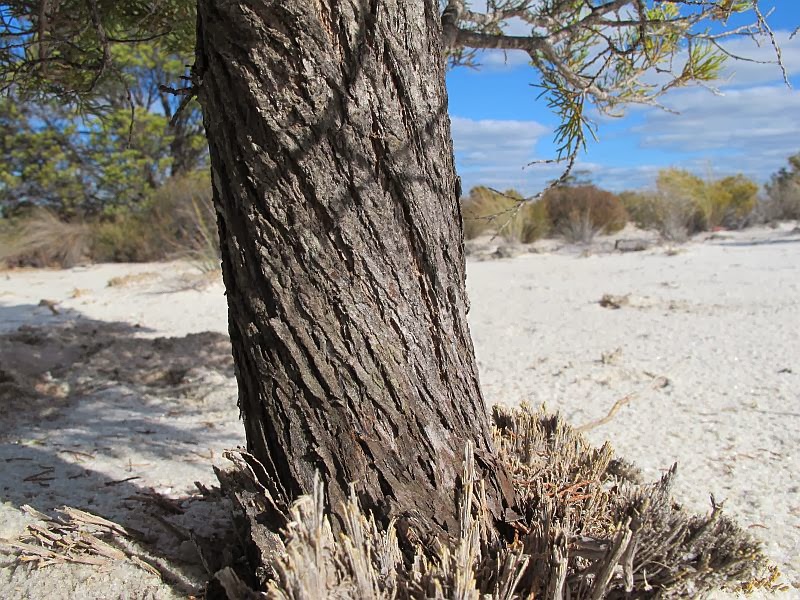 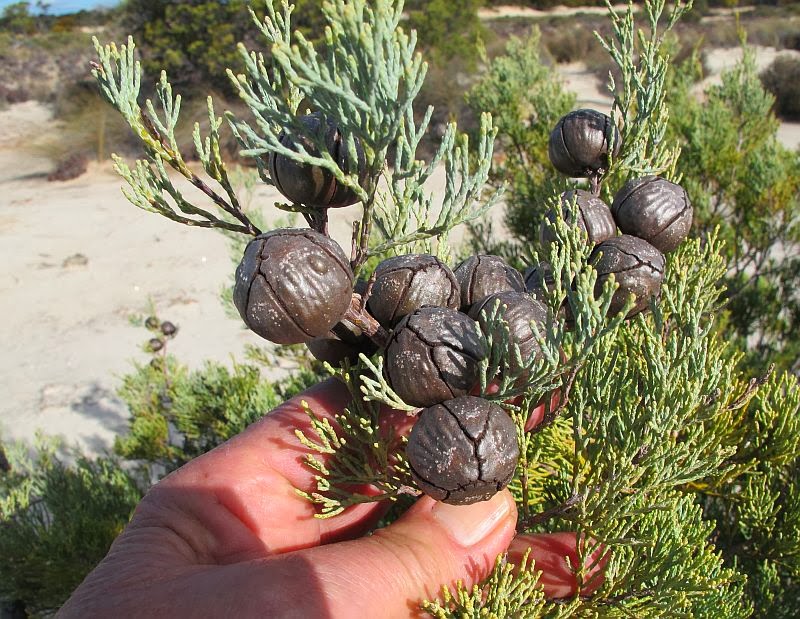 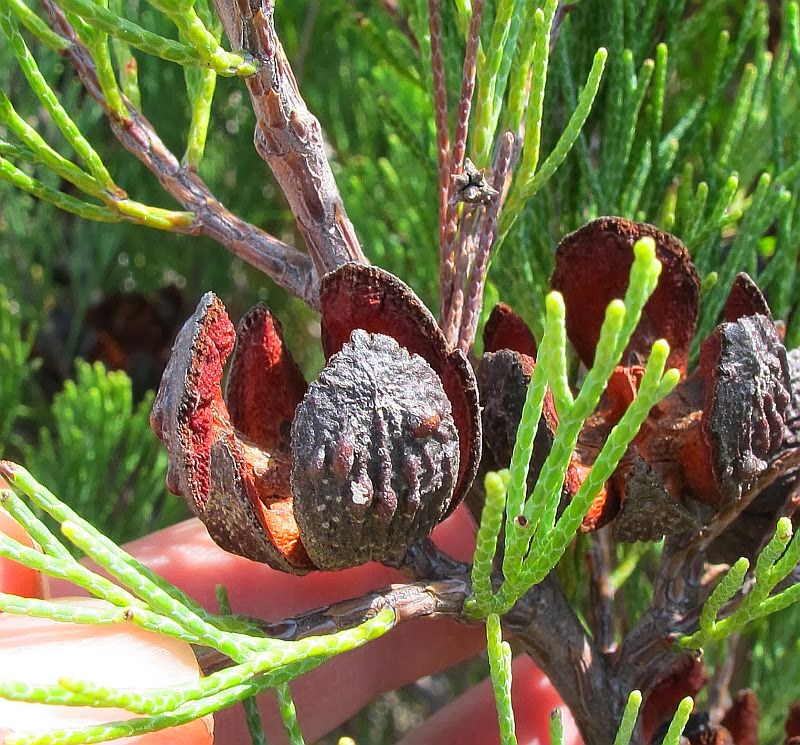 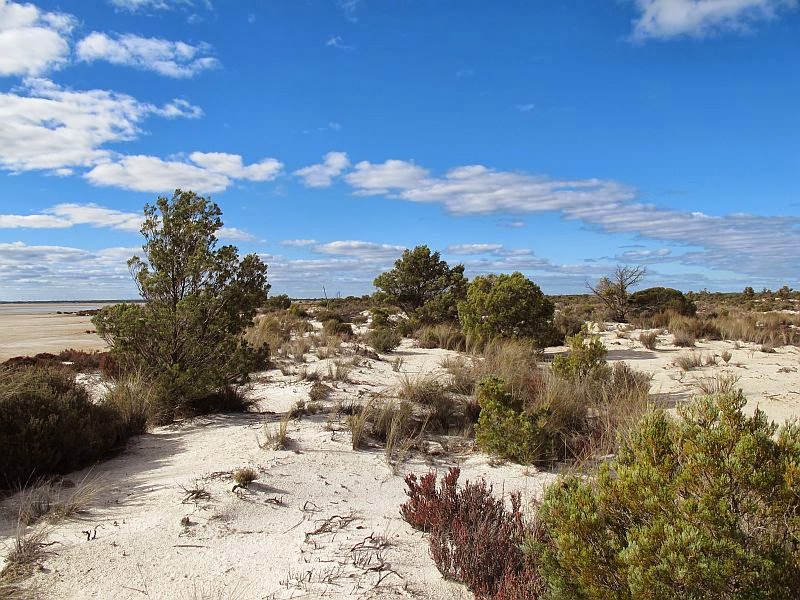 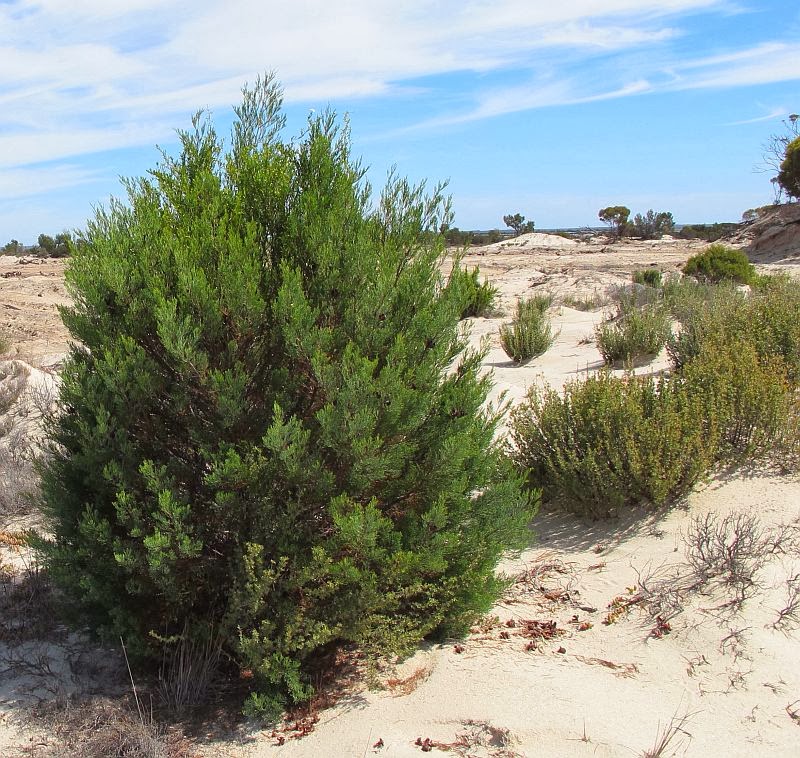 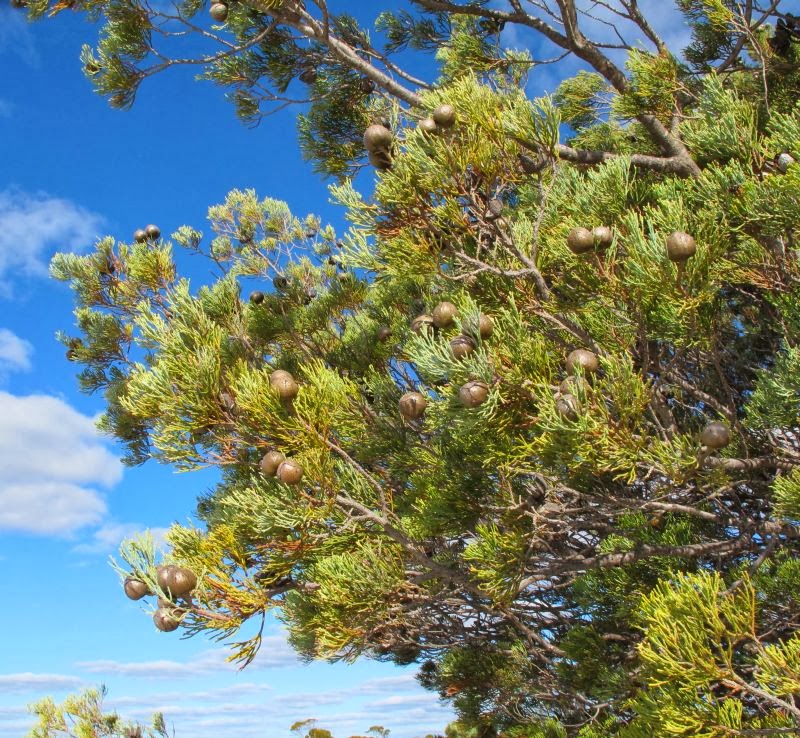 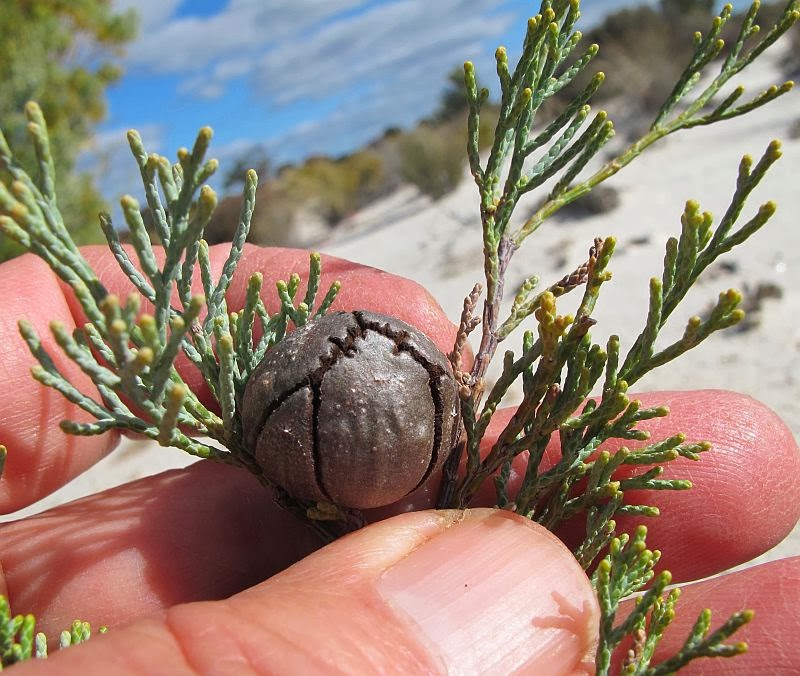 
This Callitris is very widespread and generally found in the warmer regions of all mainland States, although around Esperance it is only recorded for the far NE and NW of the region where it favours gypsum soils around saltlakes, but elsewhere it may be encountered in a variety of habitats. Those photographed above are from the Lake Tay southern shoreline and what looks like white sand is actually gypsum crystals.

The gypsum forms on the dry open saltlake and is blown by strong summer winds to form low dunes around the shore; behind these dunes are Samphire flats, and behind those are much taller powdery gypsum dunes.

The status of Callitris columellaris is not recognised by all State Herbaria and is known to them as Callitris glaucophylla (including C. columellaris in WA), although they do recognise a species called Callitris columellaris, which is a taller near coastal tree restricted to NSW and Queensland. This difference of opinion will likely remain until these plants are reviewed at some future time. My thanks to the WA Herbarium for clarification of this matter.

In WA the White Cypress Pine grows to around 8 metres (26’), but in the Eastern States can reach 20 metres (65’) and are commercially harvested. The timber is highly valued as it is attractively marked, durable and resistant to termites.  Because of its hardiness, skeletons of trees that have died may be standing for many years before eventually falling over.

The cones of Callitris columellaris are smooth or finely wrinkled to 2.5 cm (1”) diameter and the tiny leaflets that are arranged in three’s around branchlets, are to 3 mm (1/8”) in length. On most plants the new foliage is glaucous (pale blue or whitish), to give the common name of White Cypress Pine.

The Callitris genus belongs to the Cupressaceae family.