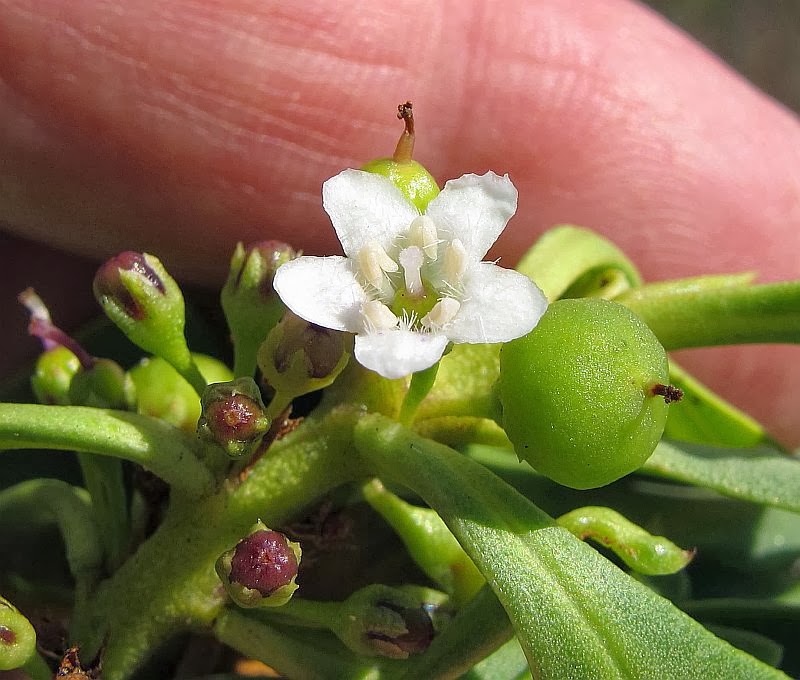 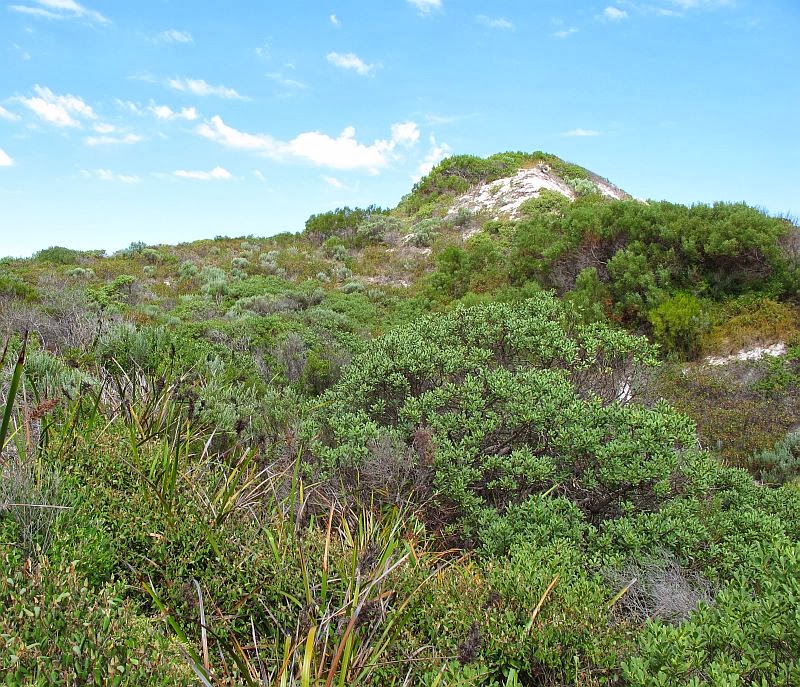 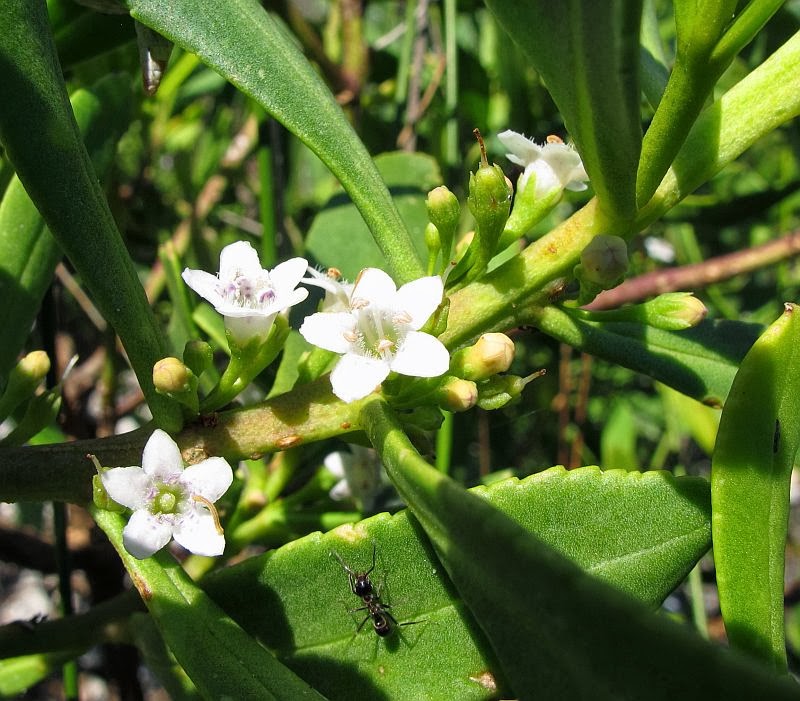 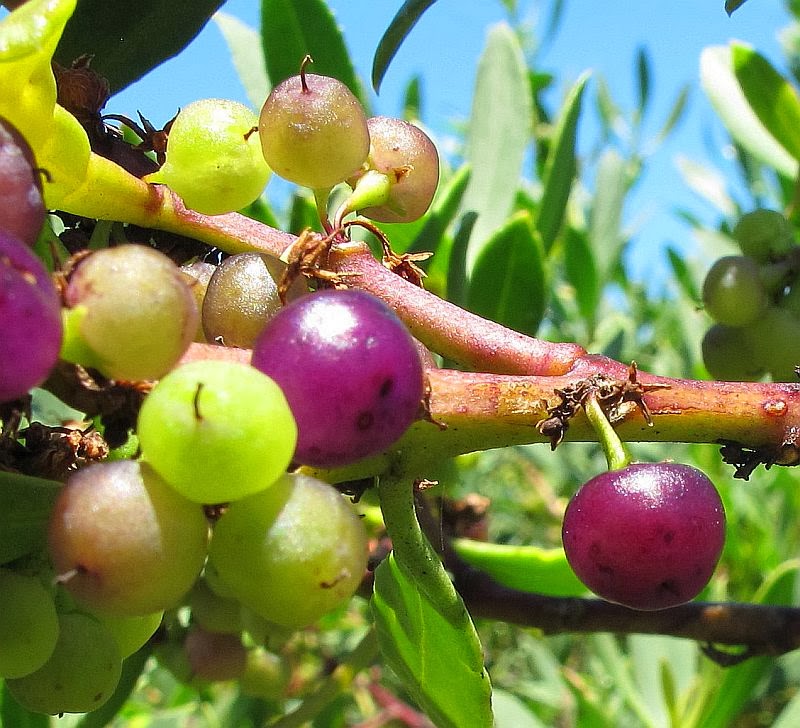 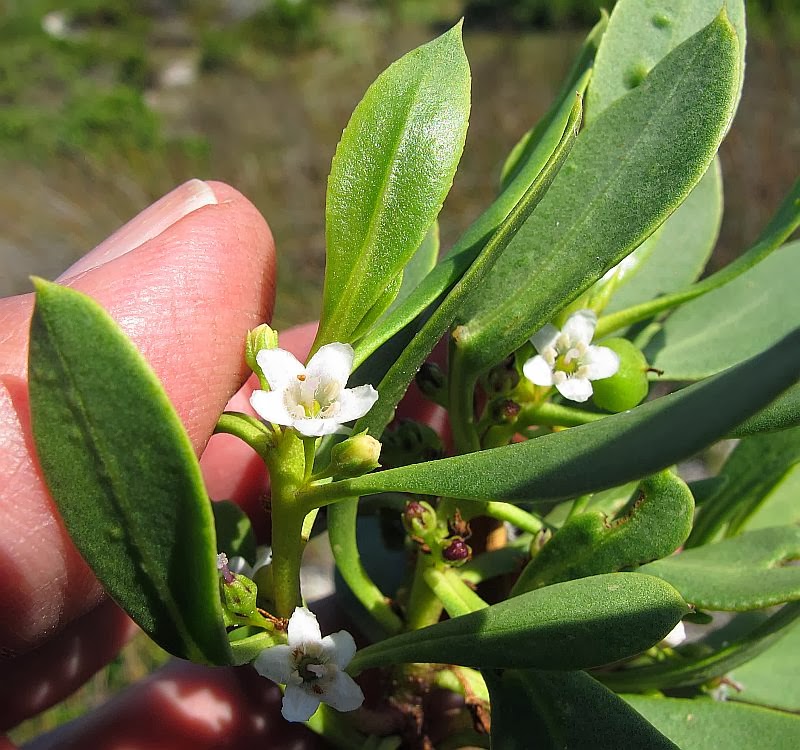 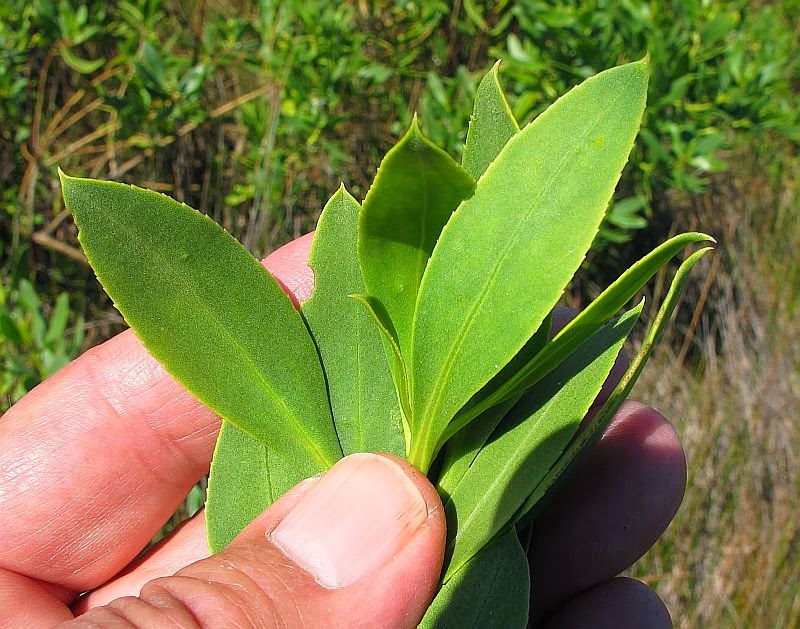 
This plant is also known as the Blueberry Tree because of its mature purple blue berries (green when immature). It is a very widespread plant being distributed in all southern States from Shark Bay in WA to the mid-coastal area of NSW. However it is not particularly common in WA and usually only encountered in widely spaced small colonies.

Myoporum insulare is mainly a coastal or near coastal species and locally grows in sandy moist calcareous soils close to brackish water, especially along the lower (near coastal) reaches of rivers and creeks. These areas are normally quite exposed, thereby requiring this species to form a compact spreading shrub to 2.5 metres (around 8’) in height, although it is known to reach over twice that in more sheltered areas elsewhere.

It is possible to confuse this plant with another local species Myoporum tetrandrum, but the leaves (on flowering branches) of that species are around 1 cm (½”) in width, whereas the leaves of Myoporum insulare are wider to over 2 cm (1”). The leaves of M. insulare are also much thicker. The habitat differs too, with Myoporum tetrandrum favouring more sheltered locations with less brackish water and heavier non-calcareous soils.

The flowers have different features too, with Myoporum insulare having large anthers on short filaments (stalks), contrasting with M. tetrandrum, which has small anthers but on long filaments. The internal corolla (floral tube and petals) can be spotted or unspotted, so this aspect is not a reliable identification feature; they bloom anytime from July to February depending on local weather conditions. http://esperancewildflowers.blogspot.com.au/2013/12/myoporum-tetrandrum-boobialla.html

The genus Myoporum is part of the large Scrophulariaceae family, but some references may still use the previous family name of Myoporaceae.

Posted by William Archer at 2:53 PM