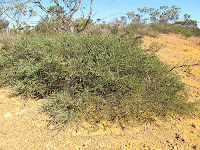 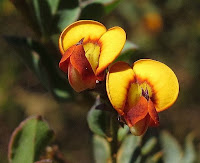 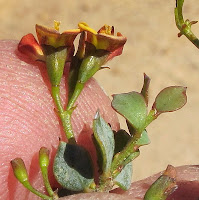 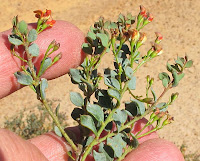 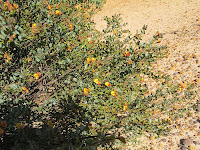 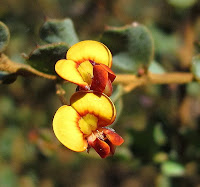 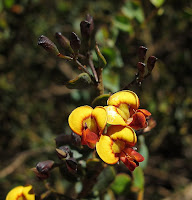 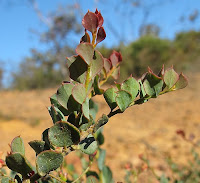 
This species is quite common and widespread from the coast to the inland mallee region between Albany and Israelite Bay, preferring well-drained non-calcareous sand over gravelly soils, or gravel alone. It is a distinctive species despite not being particularly floriferous by its sprawling semi-prostrate habit and small undulate oval leaves, which are usually glaucous (blue/grey), slightly prickly and without hairs.

Until 1995 (the date when this species was officially described) it was called Daviesia mollis var. minor, plus some forms were named Daviesia pedunculata var. minor, both varietal names since discarded. However, D. mollis and D. pedunculata remain as WA species (outside of the Esperance region) and differ in the number of flowers contained in the floral cluster, plus the size, shape and hairiness of the leaves.

A small but important aid in the identification of Daviesia lancifolia (combined with flower and foliage features), is the shape of the pedicels (flower stalks) that become broader towards the point of articulation with the flower (joint below flower, see photos above). Locally flowers are usually yellow with red markings, although elsewhere all yellow flowers are sometimes common.

Depending on seasonal rainfall, especially inland where rainfall is less regular, flowering can occur anytime from October to February.

Generally Daviesia species are referred to as bitter-peas, which a nibble on a leaf will quickly indicate the reason why. However being legumes, they, and all other pea-flowers, acacias, sennas, etc. are in WA now placed in the Fabaceae family, but may be found in other families elsewhere.