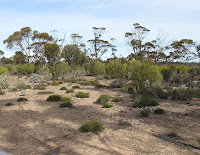 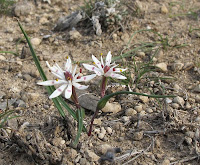 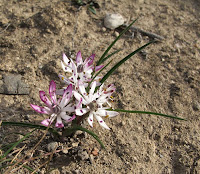 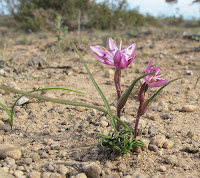 
Plants in the genus Wurmbea are widespread in Australia, with Wurmbea tenella being endemic to Western Australia and distributed (mainly inland) south of a line drawn from Kalbarri to Wiluna, then SE to the Nullarbor. Wurmbea spp. are commonly known as Early Nancies and along with all lily-like plants were placed in the Liliaceae family, but later transferred to Colchicaceae, although some authorities still retain them in Liliaceae.

This species is known from the mallee region to the northeast of Esperance and specifically east of Mt Buraminya. Here it is restricted to compact limestone formed by an ancient marine incursion, which now forms an open plain with a shallow covering of fine sand/clay soil that has a high (eroded) limestone content. These plains are divided by scattered trees and shrubs, indicating where soils are either deeper or their roots can access a deeper profile.

Wurmbea tenella can be common in habitat, tending to grow around the shrubs although often quite exposed. However they develop a corm (bulb-like) root structure that only develops above ground during the higher rainfall and cooler winter/early spring period, but will die back to the corm when conditions become hotter and drier.

Most Wurmbea species have 6 tepals (petal-like), but Wurmbea tenella can have any number between 5 and 12, although 8 is the most usual, giving rise to its common name of Eight Nancy. Besides the tepal number, the single spot or short bar on the upper tepal surface, is above the tepal centre, plus in width does not reach the tepal edge, both important features that combined distinguish this species from all others. These markings also advertise the nectary glands that produce a sweet substance to attract pollinating insects.

The flowering stem of this species grows to around 10 cm (4”) in height (often several plants grow together) and each individual has three leaves, one long at the base and two sheathing the stem that reduce in size to the first of the 1 or 2 flowers. These flowers can be white or flushed pink (spreading with age) and appear shortly after good rainfall between May and August.