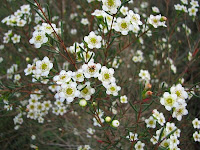 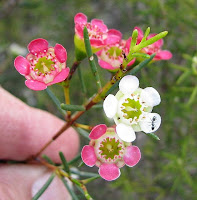 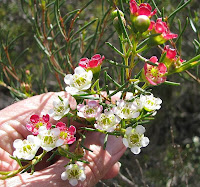 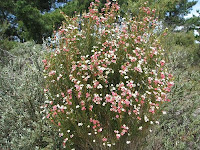 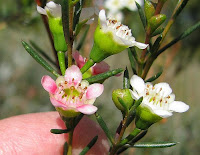 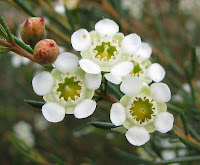 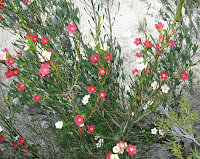 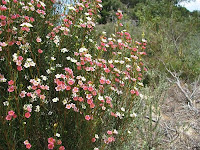 A common shrub around Esperance usually growing in deep sandy soil, or over gravel and is found a little inland, preferring non-calcareous sands in shrubby heathland environments. It can also be encountered in mallee districts, but again in sandy habitats with a predominantly heath type vegetation. Initially the flowers are white, but age to pink and then to red, and with a procession of developing flowers, the Esperance Wax remains multicoloured for some time.

Although occurring throughout the Esperance region, they tend to be more common to the northeast of the town and can often be seen growing along roadsides. The open shrub grows to nearly 2 metres (6') in height, but is usually shorter and when not in flower blends into neighbouring more leafy vegetation to be imperceptible.

The flowers are mostly a little less than 2 cm (5/8") diameter and bloom over several months from May to December, although late July to November would be more usual locally.