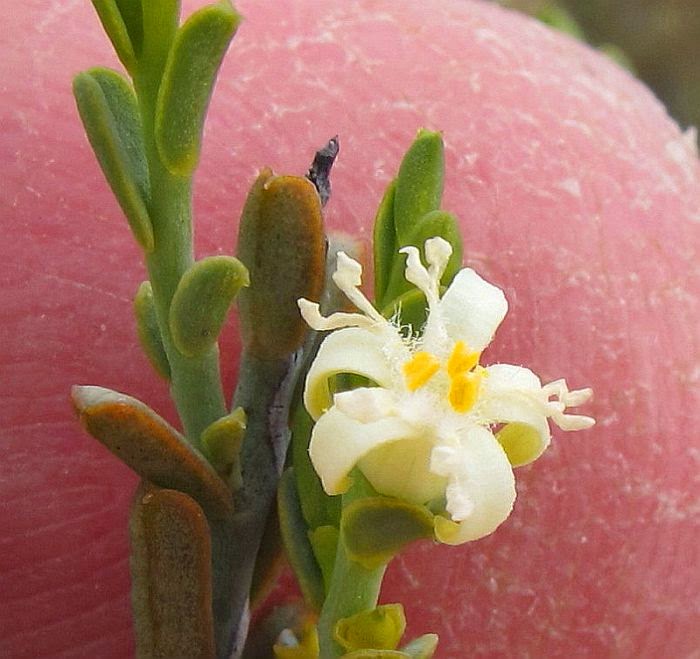 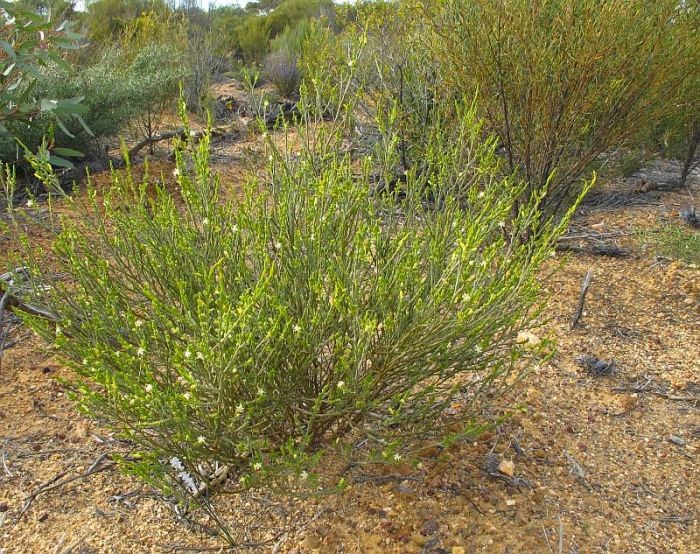 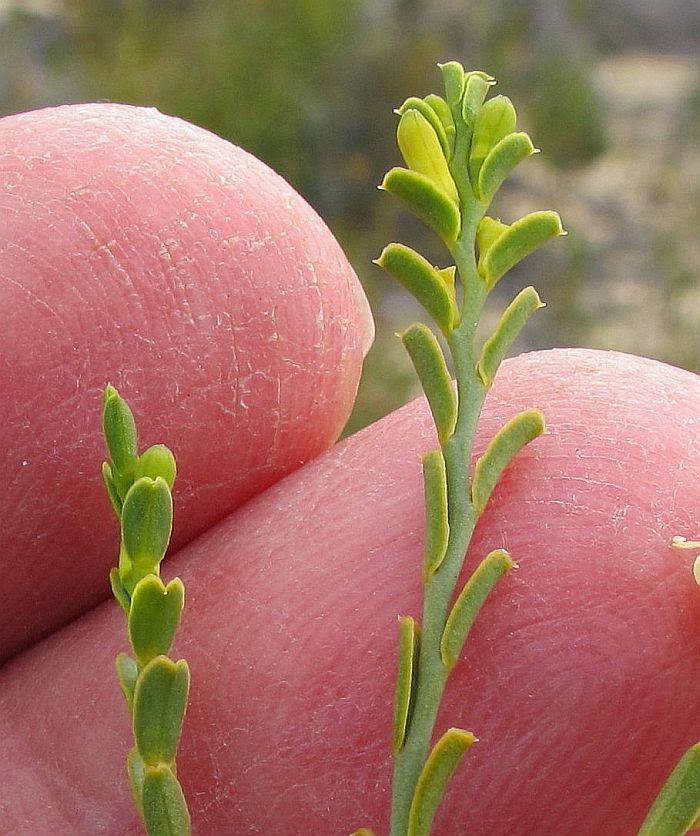 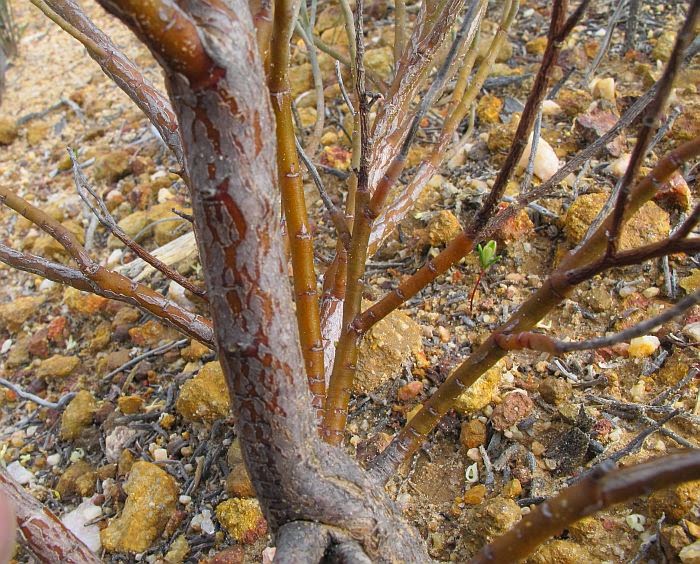 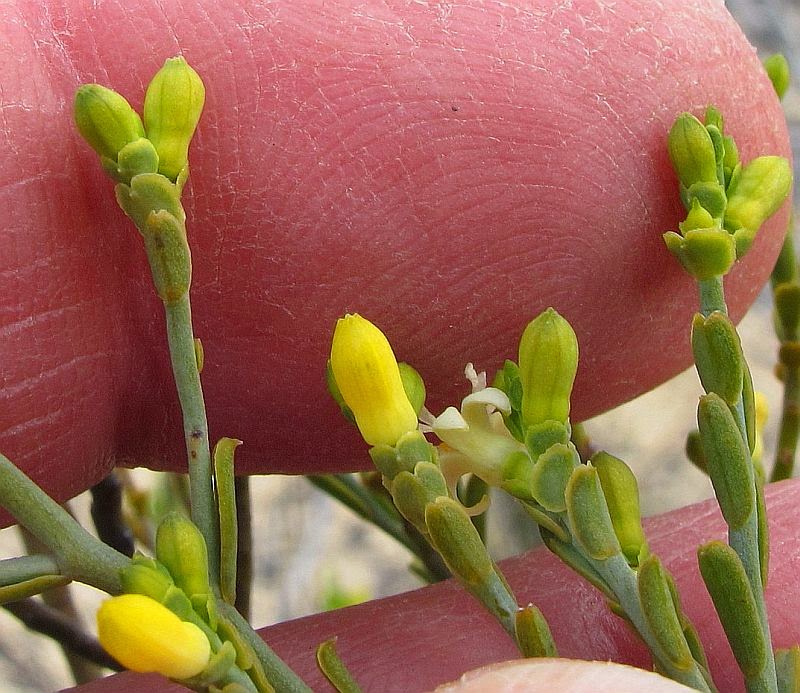 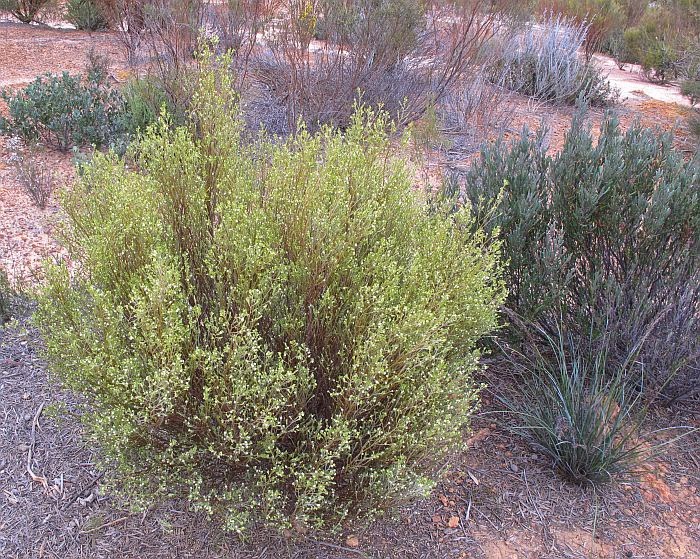 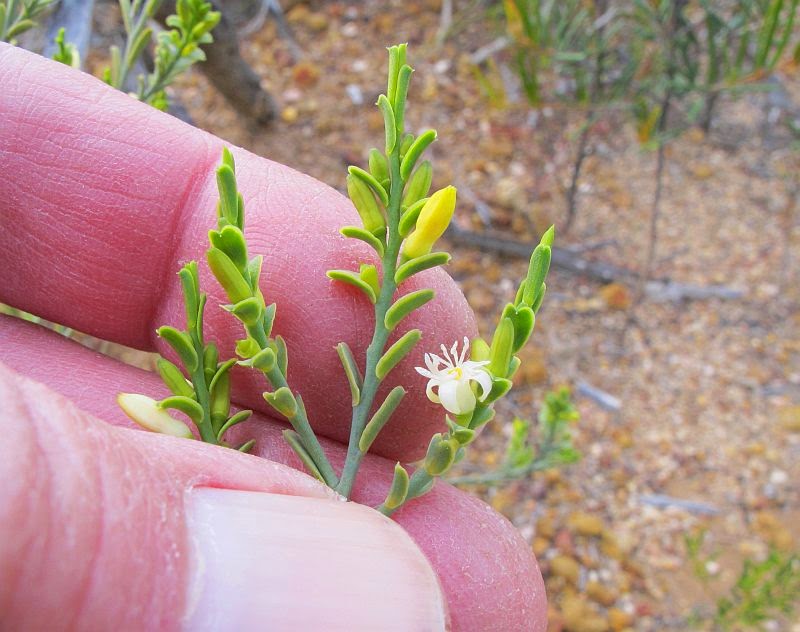 
Australian plants in the Olax genus are another group of shrubs and trees that are partially parasitic on the roots of other species, although rarely causing harm to their hosts. Despite the many species of root parasites in a number of genera and several families, they characteristically have a distinctive pale colour of grey, yellow and green and once noted, it can assist in formally grouping many species even when not encountered before.

Apart from an odd record on Kangaroo Island in SA, all others of this species are from the SW of WA, ranging from north of Geraldton to the edge of the Nullarbor near Israelite Bay. Despite the number of coastal records, in the Esperance region I mainly encounter Olax benthamiana in non-calcareous soils further inland, especially mallee heaths.

It appears quite adaptable and may be found in sand and/or gravel soils, often as individuals or in small colonies, although I have seen an extensive open colony of many hectares/acres, growing in heath on a sandy soil overlaying gravel. There are six Olax species in WA, (others elsewhere in Australia and overseas), but only two of these are in the Esperance district, but confusion between them are very unlikely. The other is a coastal species of calcareous soils, with larger, soft pendulous foliage (see here).

Olax benthamiana is recorded growing to 1.7 metres (nearly 6’) in height, although locally they are seldom more than half that size. The creamy/white flowers are produced from June to December, although local weather conditions will determine the exact period. The flowers are usually 5 petalled, although occasionally 6. There are 3 fertile (orange) stamens and 5 staminodes (infertile stamens), which are divided (bifid) near the summit.

Olax belongs to the Olacaceae family.
Posted by William Archer at 12:55 PM